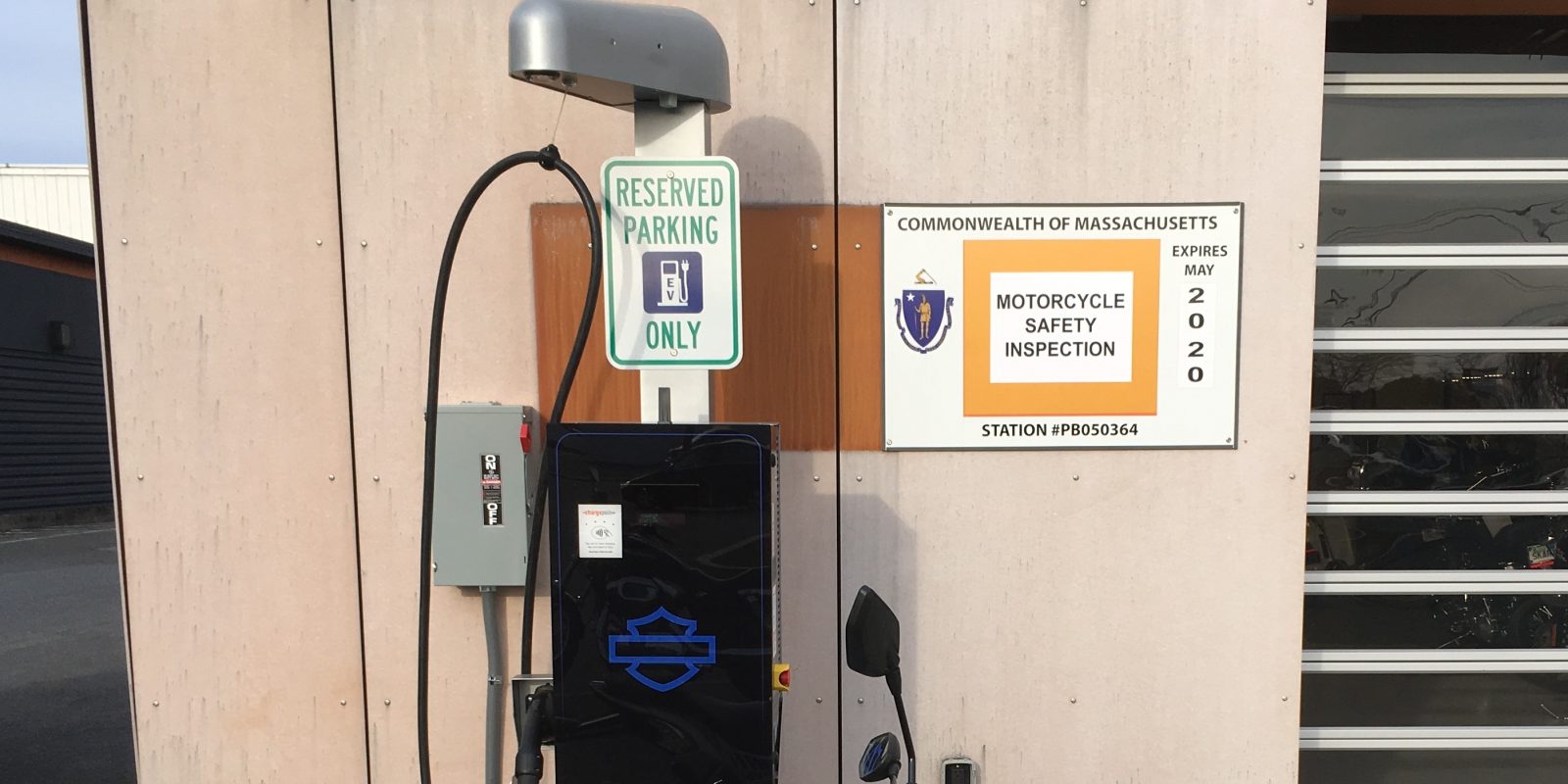 Harley-Davidson dealerships are preparing for EVs

This is something I had to see for myself, so I hopped on my own electric motorcycle and rode down for a visit. I hit up my closest dealer, which is Boston Harley-Davidson.

Despite the Northeast not being known for its exceptional year-round riding weather, the Boston dealership is one of Harley-Davidson’s largest. 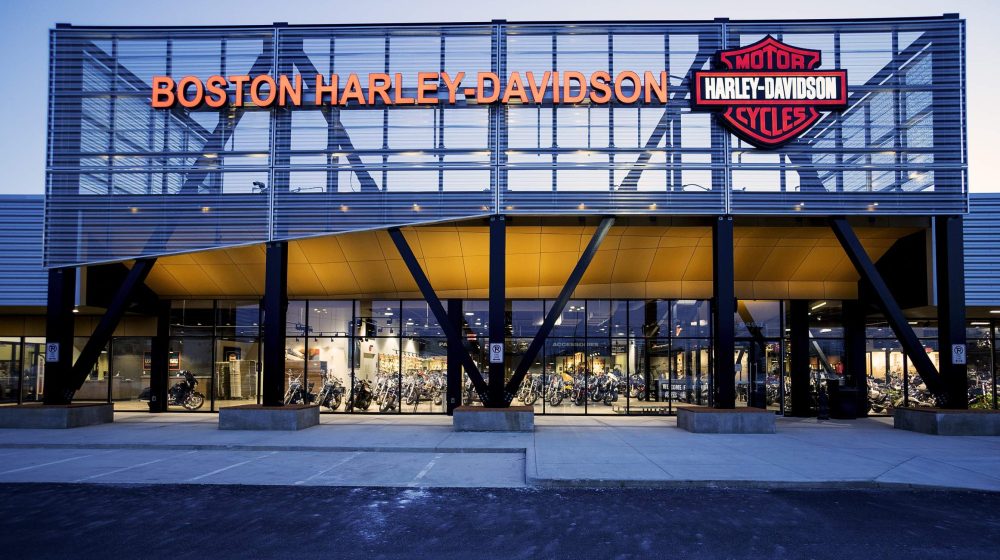 Upon riding into the parking lot, I didn’t have to search far for a spot. Directly in front of the large dealership is a dedicated electric vehicle spot. A shiny new Level 3 DC fast charging station adorns the spot, complete with Harley-Davidson’s iconic bar-and-shield logo. That’s not something you see every day. 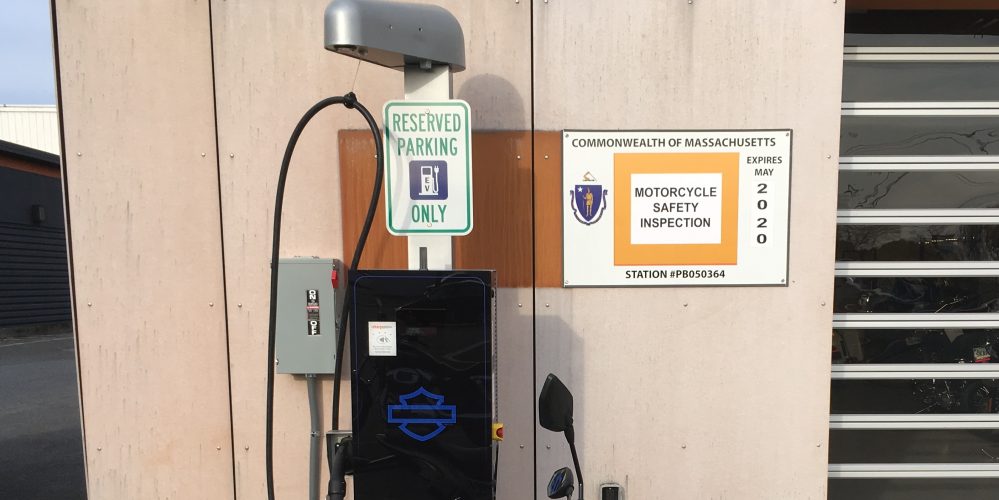 In fact they have to, at least if they want to stock the new e-bike.

Dealers across the country are preparing the same way. Harley-Davidson plans to have at least one dealer stocking a LiveWire electric motorcycle in every state in the US, plus multiple dealers in larger metropolitan areas. And any dealer that stocks the LiveWire will have dedicated LiveWire sales staff on hand at all times – not just that one guy that sort of knows something about them.

But the LiveWire isn’t available to the public yet, and as I looked around the sprawling lot I couldn’t see any other electric motorcycles. So despite my cute little CSC City Slicker having a distinct lack of Level 3 charging capability (or even Level 2, if I’m being honest), I rolled in and christened the new spot with likely its first electric motorcycle ever.

Granted my City Slicker doesn’t really compare to the $30k LiveWire. Mine barely has 65 km (40 mi) of range and the fastest I’ve ever seen on it was a blistering 79 km/h (49 mph) with a slight downhill. But it also costs a lot less than the LiveWire – nearly $30k less. Thus for now it will have to do. Even so, barely a minute after parking, I could already see three Harley guys out in the lot checking out my ride. The future is electric, people. Actually, scratch that. The present is electric! 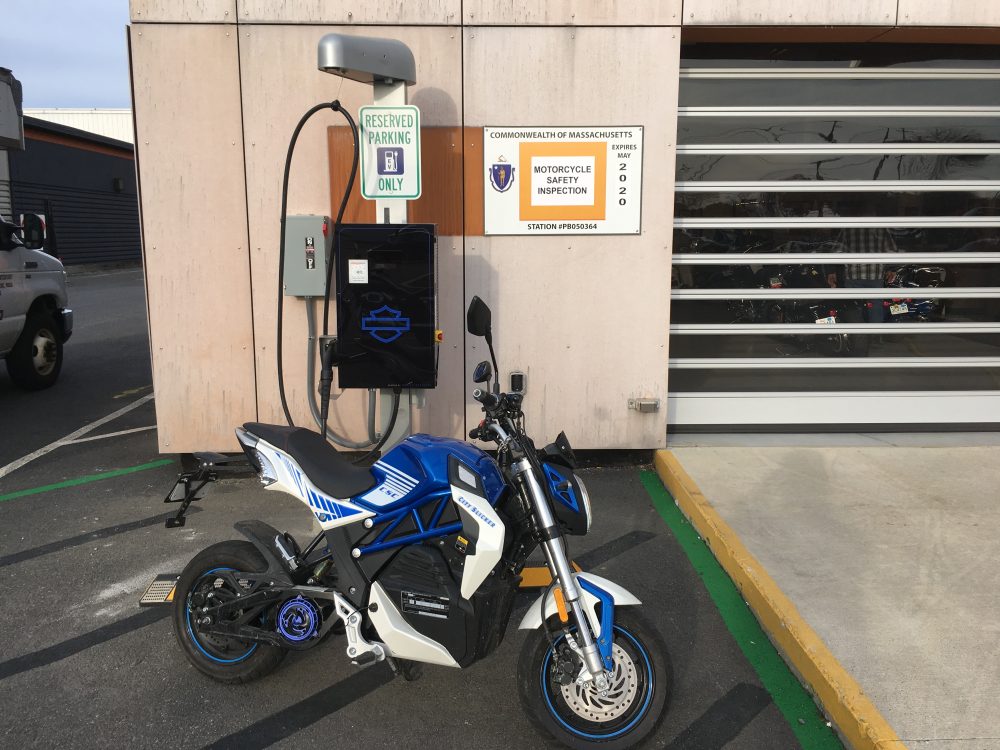 Inside I chatted up the Harley-Davidson team about the upcoming LiveWire electric motorcycle.

Mike Vasquez, Service Manager at Boston Harley-Davidson, told me about the preparations they are making. They’ve already sent service staff for training on electric vehicles. While much of the LiveWire will be familiar to the team – things like forks, belts, bearings, and springs don’t really change much – they are learning more about how to deal with the electronics and high voltage systems found in the LiveWire.

That has led to some confusion along the way. A few months ago the service team was preparing to get new lifts that were rubber or plastic coated, and looking at a new set of tools specific for working on the LiveWire. But now the team tells me that H-D says that stuff isn’t necessary anymore. Apparently, if rubber tires are enough of an insulator against lightning strikes, they should be fine when servicing an electric motorcycle as well. Go figure. 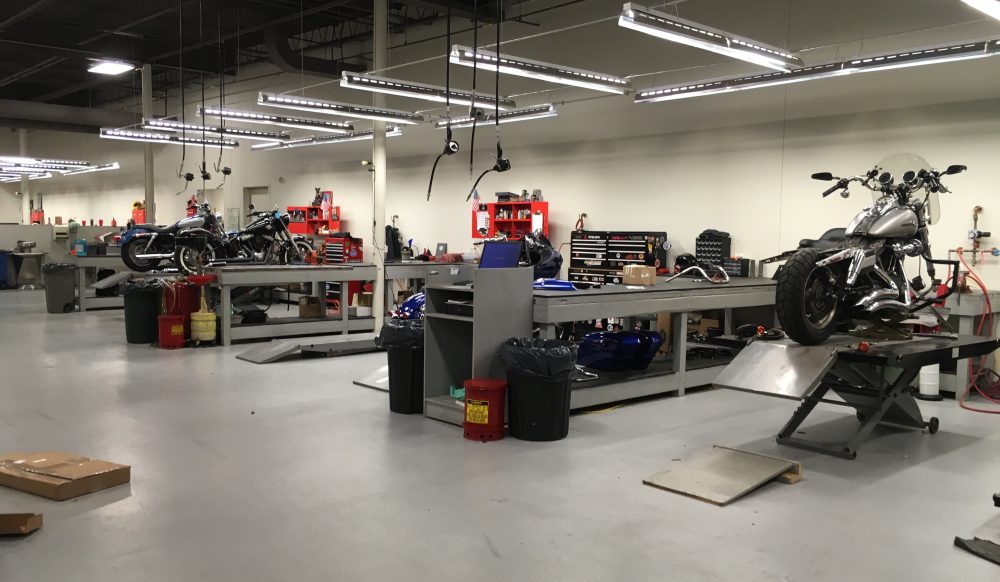 Feelings among other staff are mixed, but even those that are hesitant about the changing times seem excited about the prospect. Sheryl says she could totally see herself on a LiveWire, but Fit Specialist Jon Mackey isn’t lining up to be the first test rider. “You’re talking about that instant electric torque and 0-60 mph in 3.5 seconds,” said Jon. “I’m afraid I’ll twist the throttle and the bike will be gone, leaving me sitting on the ground wondering what just happened!”

But hesitation regarding electric power hasn’t stopped Boston Harley-Davidson from selling LiveWires. According to Mike, they’ve got seven LiveWire bikes coming and have already sold two of them, sight unseen. They expect to move the rest of their LiveWires quickly once they have them and get the next set of seven bikes into the showroom as well.

There are more Harley-Davidson EVs on the way

Harley-Davidson already rolled out two of them to show off at CES in January, including a light electric dirt bike and electric city scooter. The concept vehicles were only on display, but barely a month later the company took them to the X-Games in Aspen where a couple lucky test riders put the bikes through their paces.

That’s all part of Harley-Davidson’s greater plan to target younger and more urban riders. The company is hoping that a new breed of riders will adopt the Harley brand. And while some might see that as a long shot, it’s hard not to give them credit for being one of the first in the industry to make progress towards EVs.

While companies like Zero and Lightning have been building electric motorcycles for years, Harley’s more established gas-powered competition have made little to no progress. Companies like Ducati, Triumph, Suzuki, and Kawasaki have no production electric motorcycles. Yamaha has a nice line of electric bicycles but no motorcycles, and Honda only rolled out their first electric CR250 concept dirt bike days ago.

So while Harley’s first electric motorcycle might be a $30k long shot, the bike is nicely designed and well-built. And perhaps most importantly, it exists.

And as you might have guessed, my $2,500 electric city motorcycle indicates that I probably won’t be the first LiveWire customer. But I’m definitely excited for Harley-Davidson’s entire upcoming portfolio of electric two-wheelers designed for different levels and price points.