Now a California-based company is introducing a new electric motorcycle into the mix, offering faster speeds than most electric bicycles and scooters at a price less than $2,000.

As its name indicates, this two-wheeled EV is meant more for urban streets than for highway speeds. With a top speed of 46 mph (74 km/h), don’t expect to be hopping into the HOV lane on your local highway.

However, 46 mph should be more than fast enough for most large cities and metropolitan areas.

Motorcycle enthusiast Joe Berk did some awesome experimenting and documented the real world range of the City Slicker on his blog.

That range isn’t industry rattling, but it is still quite good for a city commuter. And you can thank the City Slicker’s 72V 30Ah Li-ion battery pack for that range, which is equivalent to 2,160 Wh. 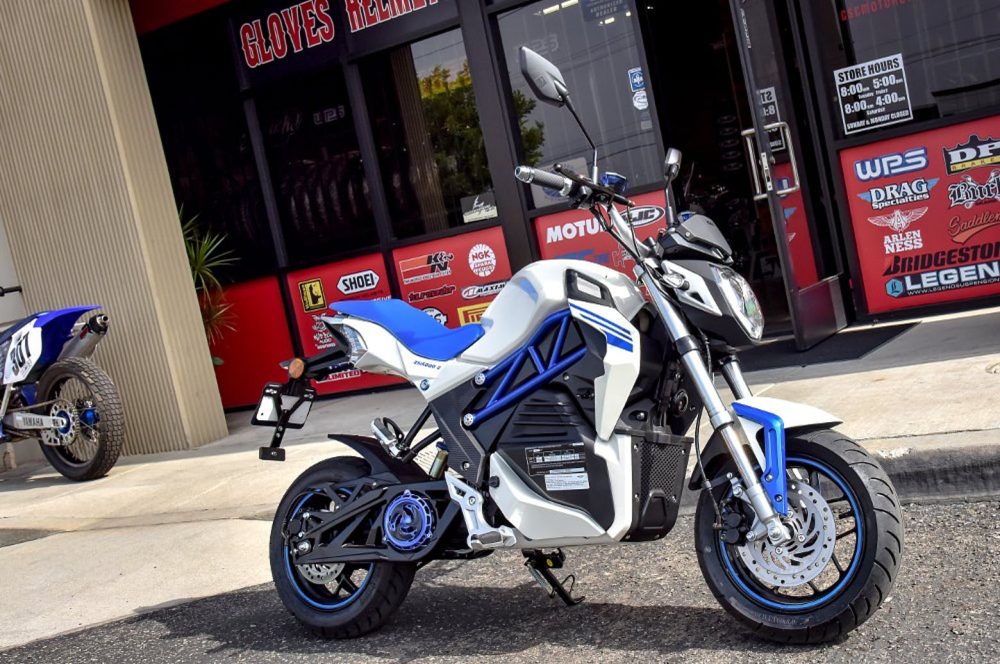 Charging takes 6-8 hours with a standard Level 1 (110V wall outlet) charger, but could presumably be shortened with a higher power charger. For under $2,000 though, it’s hard to blame CSC for including a lower power charger.

Unlike other similarly sized electric scooters and motorcycles, the City Slicker doesn’t use a hub motor. Instead, it sports a mid-drive motor with a belted connection to the rear wheel, which removes the chain noise and makes this electric vehicle even more silent.

Instrumentation includes a speedometer, odometer, and trip meter, as well as a cellphone-like battery status indicator and a motor temperature indicator. Controls are similar to conventional motorcycles, with the exception of no clutch and no gear shifting. The motorcycle has inverted forks and a large, lockable storage compartment where a conventional motorcycle fuel tank would be located. The City Slicker also has a unique reverse drive feature and hydraulic front and rear disk brakes. 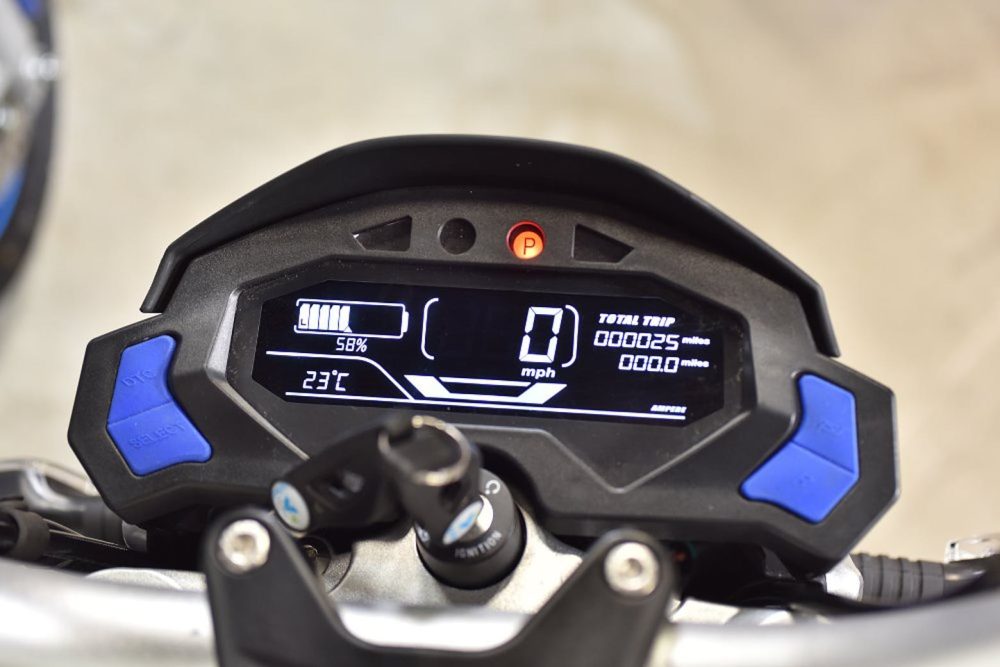 While the City Slicker is sold by CSC Motorcycles in California, it is produced in China by Zongshen, a manufacturer with a history of racing and which produces a number of other successful motorcycle models.

We worked closely with Zongshen to tailor this extremely affordable, high quality motorcycle to US expectations. The build quality is world class, and the bike is just plain fun to ride. Riding an electric motorcycle is a uniquely-different experience. The City Slicker is completely silent, and it is very quick off the line. The experience is like riding a bicycle downhill or sailing. It’s different and it’s fun.

If you want to take advantage of the $1,995 price, you’d better hurry. The company calls this the “don’t miss the boat” price, a promotion they’ve employed on past models as well. Pre-orders placed now will begin shipping this fall.

After the initial shipment, the City Slicker’s price will be $2495. That’s still many thousands of dollars less than any other electric motorcycle offered in America. We are taking deposits now and the motorcycles will be here this fall.

In my humble opinion, the City Slicker falls into a beautiful niche in the market, offering higher speeds than electric bicycles at a price that is well below many e-bike prices. Considering that an e-bike that can go almost as fast costs three times as much, this is really a fair price for such a powerful and high-capacity electric motorcycle.

And while the specs don’t exactly blow me out of the water, the speed is plenty for city riding and the range is more than most would ever need for commuting purposes.

Keep in mind that this isn’t a large bike, and definitely won’t be challenging the upcoming electric Harley Davidson. With a wheelbase of just 49.2 inches (1.25 m), it’s a full 7 inches or 17.3 cm shorter than the Zero FXS street electric motorcycle.

However, for your first electric motorcycle or for anyone who wants a quicker and more fun commute, the City Slicker could be a great bike for you!