Studies have shown that EV range can drop by as much as 40% when temperatures drop below 20°F and the heater is running. Tesla and others might dispute the exact amount of lost range, but there’s broad agreement that cold weather has a meaningful impact. That challenge led the US Department of Energy’s Office of Energy Efficiency and Renewable Energy to award $480,000 to Professor Brett Lucht to study how to improve battery performance in low temperatures.

END_OF_DOCUMENT_TOKEN_TO_BE_REPLACED

How does a Tesla Model 3 perform in an Arctic Circle winter? 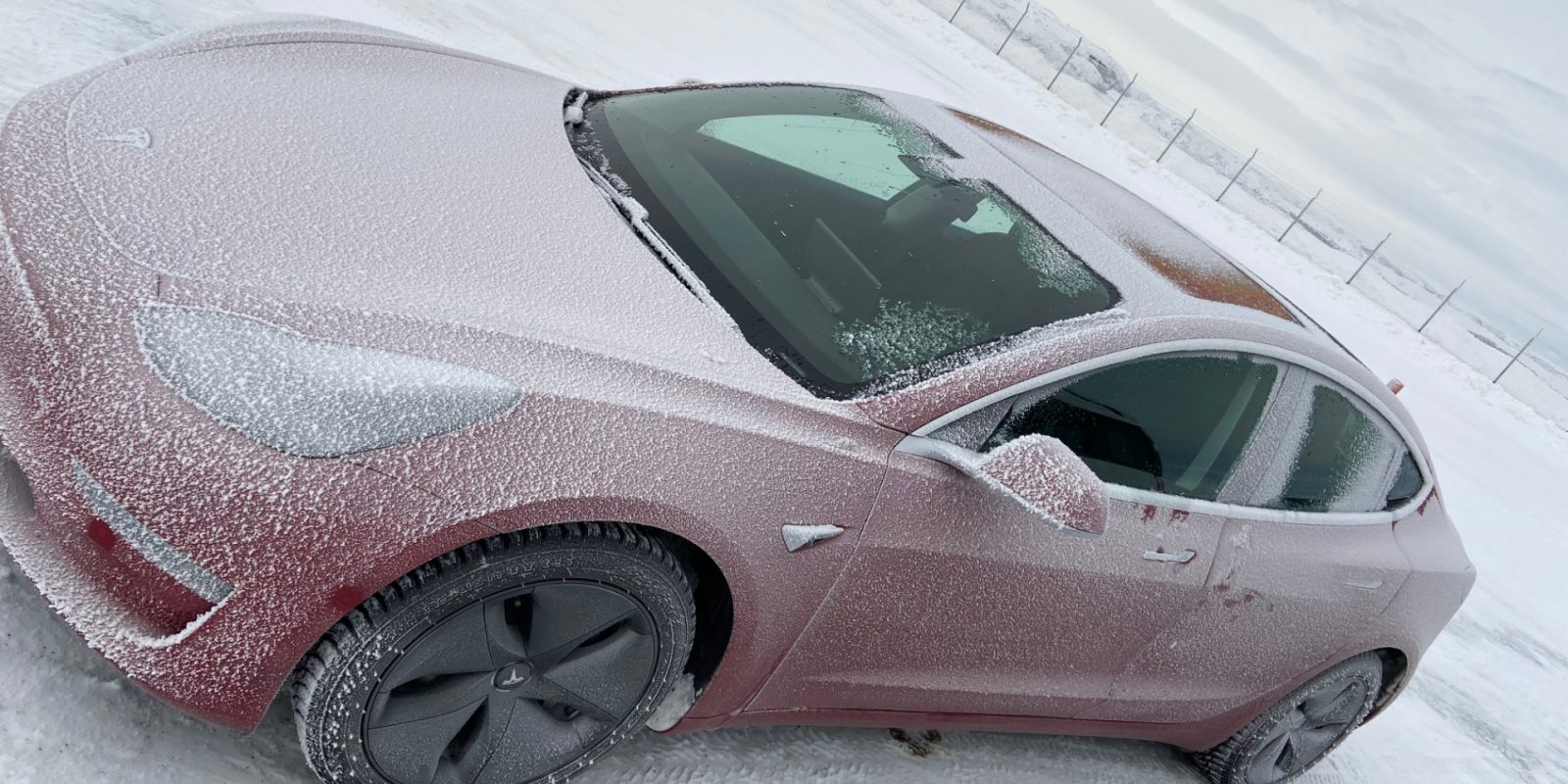 To say that Tesla’s performance in extremely cold temperatures is a regular talking point among EV drivers (and those of us at Electrek) is a bit of an understatement. For example, Tesla Model Y prototypes were recently spotted cold-weather testing in Minnesota snow in January, and in December, Tesla started offering anti-ice window treatment after some winter issues.

But Tesla Model 3 owner Thomas Nilsen, who lives in Norway’s Arctic Circle, tells Electrek that his EV performs even better in the freezing north than his previous ICE (no pun intended) vehicle.

END_OF_DOCUMENT_TOKEN_TO_BE_REPLACED

During the conference call discussing Tesla’s fourth quarter financial results last week, CEO Elon Musk called the Northeast region of the US an “under-penetrated” market for the company. It could be attributed to a less important retail presence in the region, but also to a negative perception of electric vehicle performance in winter conditions.

Tesla has been trying to change these perceptions by highlighting the Model S’ impressive winter driving performance with a series of videos and customer testimonies over the past few weeks and months. END_OF_DOCUMENT_TOKEN_TO_BE_REPLACED

You can add four TP-Link Kasa Smart Plugs to your home for under $6 each, now $23