AAA research released a new study about the effect of temperature on electric vehicle range and they claim that the average electric car range drops “41 percent at 20°F and when the HVAC system is used to heat the inside of the vehicle.”

Tesla disputes the claims saying that data from their own fleet of vehicles show that the decrease is not “anywhere near” what AAA is reporting.

Here are the key findings from the study:

2. HVAC use results in significant reductions of driving range and equivalent fuel economy.

3. Depending on ambient temperature, HVAC use results in a significant monetary cost increase.

The Tesla Model S was amongst one of five electric vehicles tested as part of this study.

Here are some of the results:

It performed relatively well compared to the some of the other electric vehicles tested.

The Nissan Leaf and the VW e-Golf lost a little less range in the cold than the Model S, but the BMW i3 and the Chevy Bolt EV lost a lot more, based on AAA’s tests: 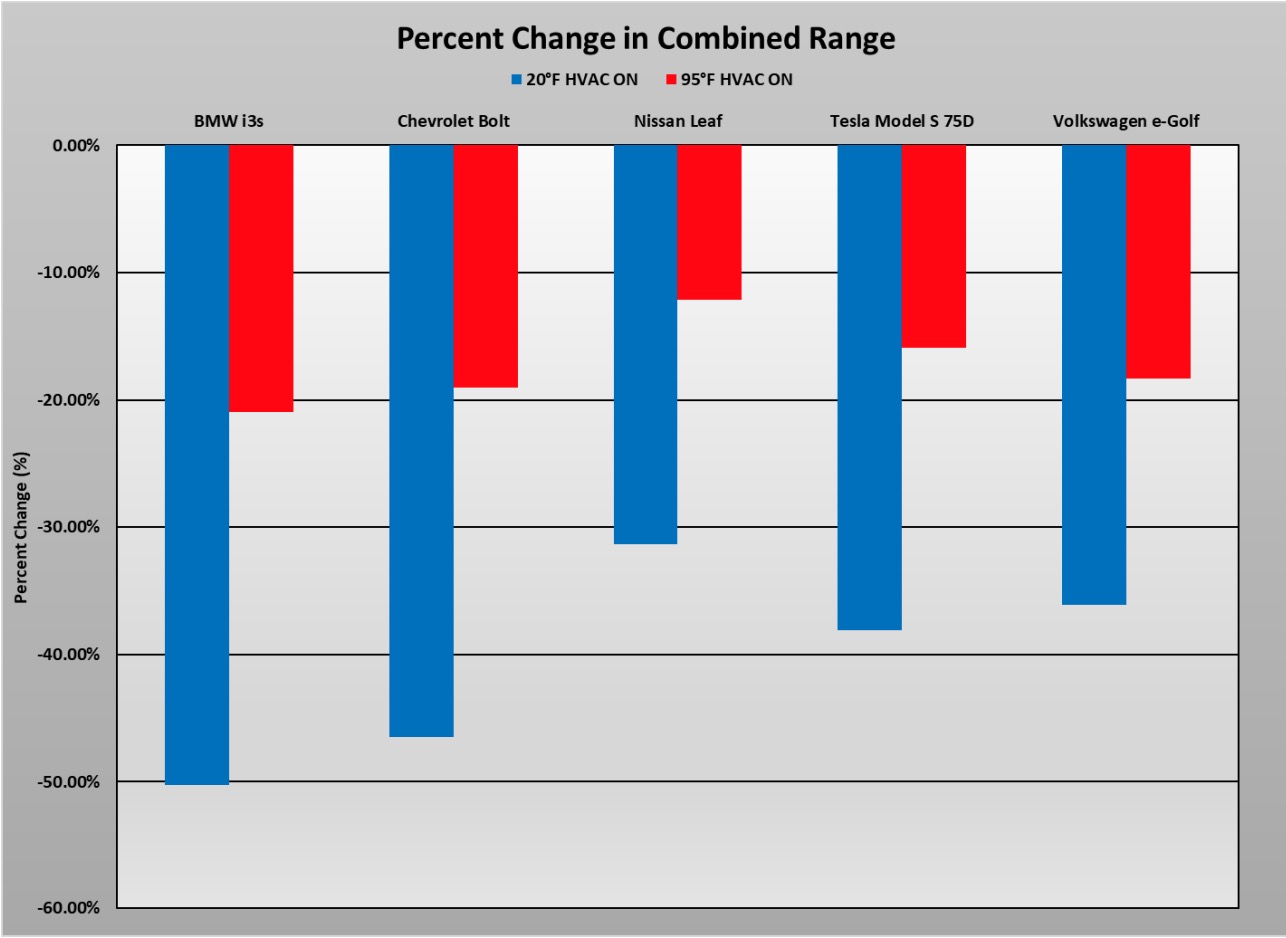 Tesla disputes the results saying that its own data shows that it is not as bad as what AAA is claiming.

I don’t know about a 40% drop in range a 20 degrees Fahrenheit. I don’t remember experiencing that in any of my Tesla vehicles.

Either way, there’s no doubt that any EV is going to experience a significant drop in range in cold weather, but it’s important to keep in mind that the fact that it is noticeable is because they are so much more efficient than gas-powered vehicles in the first place.

But it is important to be aware of it and plan accordingly.

The good thing is that an electric car is actually going to start in cold weather – it’s not always the case for gas-powered cars.