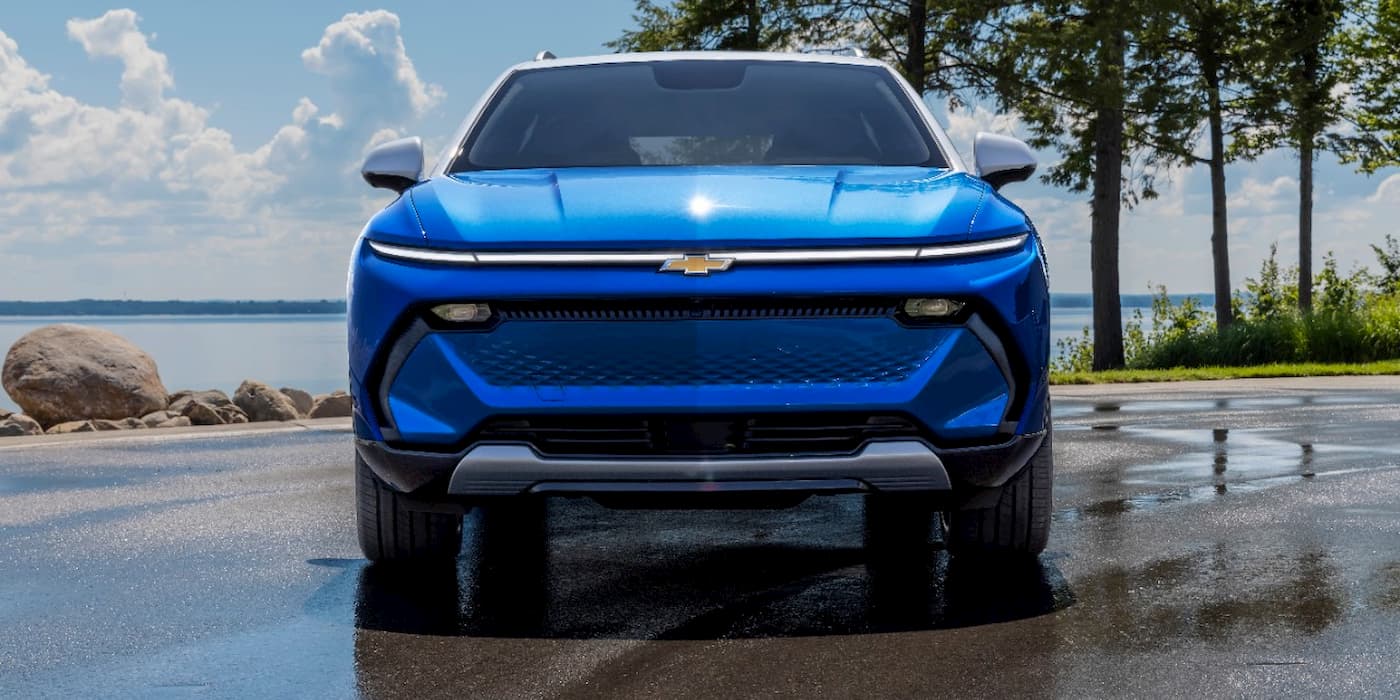 Football is finally back. This year you can expect to see plenty of electric vehicles race across your screen during breaks. To promote its new EV lineup, GM is launching a new, in its own words, “aggressive and significant” ad campaign, which will air during NFL Sunday Night Football.

According to a report from the Detroit Free Press, GM’s new marketing campaign, “EVs for everyone, everywhere,” will first air on Sunday, September 18, on Fox during the 1:00 p.m. game and then during Sunday Night Football on NBC.

Advertising during NFL games is not a new idea from GM. Anyone who watches football knows Chevy and NFL games go hand in hand. If you watched the NFL kickoff last week, then you know what I’m talking about.

And who can forget GM’s super bowl ad last year showing Austin Powers using the company’s Ultium platform to save the world?

However, according to the automaker, this time will be different. It will be the first time GM will feature all of its Chevy EV models together to promote mainstream adoption. The campaign will feature the entire Chevy EV family, even those that are not yet on the market:

The Chevy Bolt EV, the company’s first long-range EV, starts at $26,595, while the Bolt EUV, the slightly bigger version with an estimated 247-mile range, starts at $28,195. Both are available for order, while the Silverado EV, Blazer EV, and Equinox EVs are due to hit the market next year.

GM released a full lineup of electric vehicles this year with plans to provide an EV for every type of buyer, including those looking for compacts, luxury, crossovers, SUVs, and pickups. More important, however, is the company’s plans to introduce them at an affordable price.

GM, who has been plowing ahead this year with its EV plans, looks to build on that momentum during NFL football. Chevy’s director of marketing, Steve Majoros, told the Detroit Free Press:

It’s been a quite a year for Chevrolet, but it’s been a chaptered year. We started back in January with the reveal of the Silverado EV and then it was the Bolt EV and EUV relaunch, and then in the last 45 days it was Equinox and Blazer. These discrete moments in time have had a positive influence, but we haven’t had a chance to stitch it all together.

Now’s the company’s chance as it unveils the new GM lineup of “EVs for everyone” to a potential 25 million+ people. (This past Sunday Night Football game between the Tampa Bucs and Dallas Cowboys registered around 25 million in the audience).

With an electric vehicle in every class, GM wants to fill the gap for EV buyers looking for cheaper options, or as Majoros claims, “people will figure out what’s right for them.”

Although the ad is still being finalized, the company expects it to fill a 60-second spot featuring Fleetwood Mac’s hit song “Everywhere.” Megan Soule, a spokeswoman for Chevy, says the ad will be a:

Celebration of things that make America, America – its innovation, its communities, and its electrifying attitude towards life.

Like Ford just announced it was doing, GM has been working with dealers to support the transition to EVs, including necessary chargers, tools, and training.

More football ads from Chevy and GM? Although this isn’t a new strategy from the automakers, it certainly indicates the direction in which the auto industry is headed.

Furthermore, it will be GM’s first ad campaign featuring all Chevy EV models together for potential buyers to see the variety of models coming to the electric market.

In terms of viewers, few other programs can compare to Sunday Night Football for the number of eyeballs glued to the screen. NFL games accounted for 75 of the 100 most-watched programs of 2021 and claim the top five spots.