GM’s Super Bowl campaign features Austin Powers characters using Ultium EV technology to save the world, then take it over 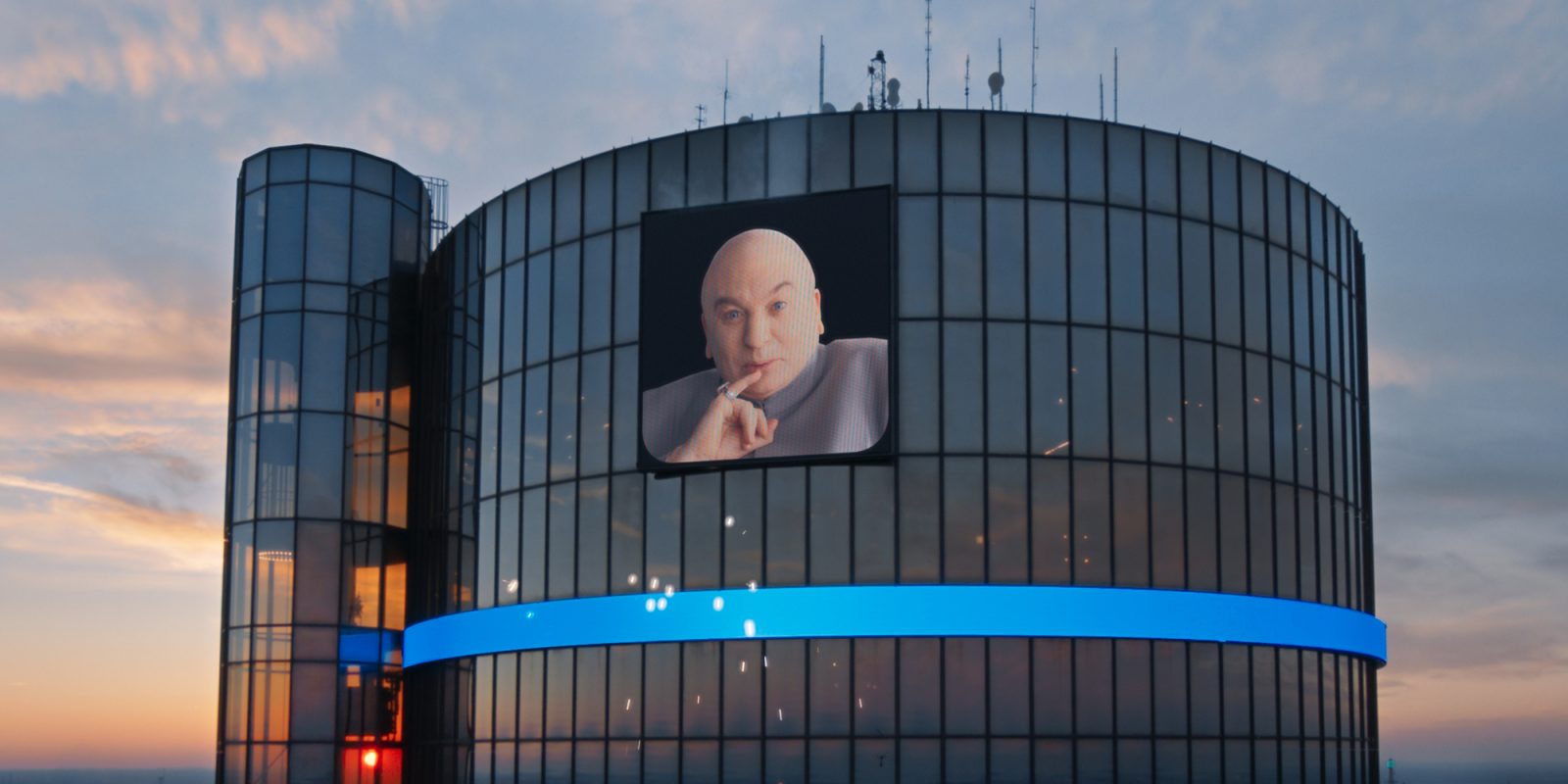 General Motor’s streak of newsworthy movements continues as we head into Super Bowl weekend. The American automaker has begun teasing this year’s big game commercial, which continues its “Everybody In” campaign to promote its EV lineup. This year however, GM’s “everybody” includes some familiar, villainous faces from the Austin Powers film franchise.

As one of the longest tenured automakers in the US, General Motors has been around long before the Super Bowl ever existed… 58 years longer to be exact. As a staple in autos this entire time, GM was a longtime sponsor of the NFL and has had decades of Super Bowl spots air to the millions of viewers that tune in each year.

Last year, GM drew its line in the sand for vehicle electrification, calling out Norway with the help of Will Ferrell. The Super Bowl spot helped showcase GM’s newfound dedication to producing EVs and helped propel its “Everybody In” campaign that had launched a month prior.

For the rest of 2021, GM’s EV progress was pretty bleak in the public eye, following a recall on its Chevy Bolt EV and EUV contributing to anemic EV deliveries for the fourth quarter.

However, like a perfectly placed punt on the one yard line, GM has bounced back hard in 2022 with a slew of announcements, including new EV models and huge investments to revamp production facilities in support of its Ultium Platform vehicles.

To further normalize and steer its fanbase toward the all-electric future it is envisioning, GM has revived some old friends… or foes from Austin Powers who refuse to let climate change hold the top spot as the number-one threat to our planet.

Austin Powers’s nemesis Dr. EV-il is back and is taking over GM

Viewers watching the Super Bowl this Sunday may recognize some “evil” faces in GM’s latest ad, as several actors reprise their Austin Powers roles 20 years after they last appeared on the silver screen.

GM’s campaign is titled, “Everybody In: Dr. EV-il” and features Mike Myers reprising his iconic comedic role. He is joined by Rob Lowe as Number Two, Mindy Sterling as Frau Farbissina, and Seth Green as Scott Evil. With this ensemble plus the Super Bowl airtime, it’s fair to wager that GM spent quite a bit more than… one million dollars (Sorry, had to).

The :60 spot that will air during the game recognizes climate change as the biggest threat to Earth (sad but true). Dr. Evil and his ring of cronies will hear none of that nonsense, and devise a plot to take over GM and use its Ultium Platform technology to fight emissions and reclaim their (self-proclaimed) rightful spot as the number-one threat.

We will save the rest of the campaign surprises for Sunday, in which the Super Bowl spot will be followed by 90- and 30-second versions. For now, GM has begun teasing the campaign by giving each of the Austin Powers characters their own intro, as well as a :30 ad featuring all of them together. You can see that one below. If you’d like to watch the full :90 commercial, you can view it here.

During a media call with GM’s global CMO Deborah Wahl, some of the reporters were asking why GM chose to bring back characters from Austin Powers, a film that first debuted in 1997, and whose last chapter Goldmember, hit theaters in 2003.

They specifically cited Gen Z as not being able to recognize and relate to this ad because of these veteran movie villains. I would disagree and argue this is a savvy advertising campaign for a number of reasons.

From a broader perspective from someone who worked in commercials for years, these spots provide the audience with three very important techniques in advertising, especially for the Super Bowl – recognition, nostalgia, and comedy.

Most people have seen some of the Austin Powers franchise, or are at least aware of it and can identify Dr. Evil. As these villains are reprised by GM this Sunday, viewers can point at the TV like the DiCaprio meme and think, “Hey! I’m in on this joke!”

Those who know the films and their comedy will also associate positive memories with the characters, offering nostalgia and laughter. Meanwhile, they barely realize how much they’re learning about GM’s new EV lineup and fighting carbon emissions.

Lastly, I’d argue that these characters are chosen perfectly to appeal to millennials who, now in their late 20s to early 40s, may have found that steady job and can finally afford to purchase a nice new vehicle… just never a house, right?

On top of that, GM specifically mentioned how popular throwbacks to the ’80s and ’90s have been for all generations, especially Z, who may have been exposed to Austin Powers’s charm from their older family members. This generation is also one of the most open-minded about EVs.

All this campaign is missing is some frickin’ sharks with frickin’ laser beams attached to their heads.