EVs for everyone! GM wants its $30k Chevy Equinox EV to convert all SUV buyers to electric 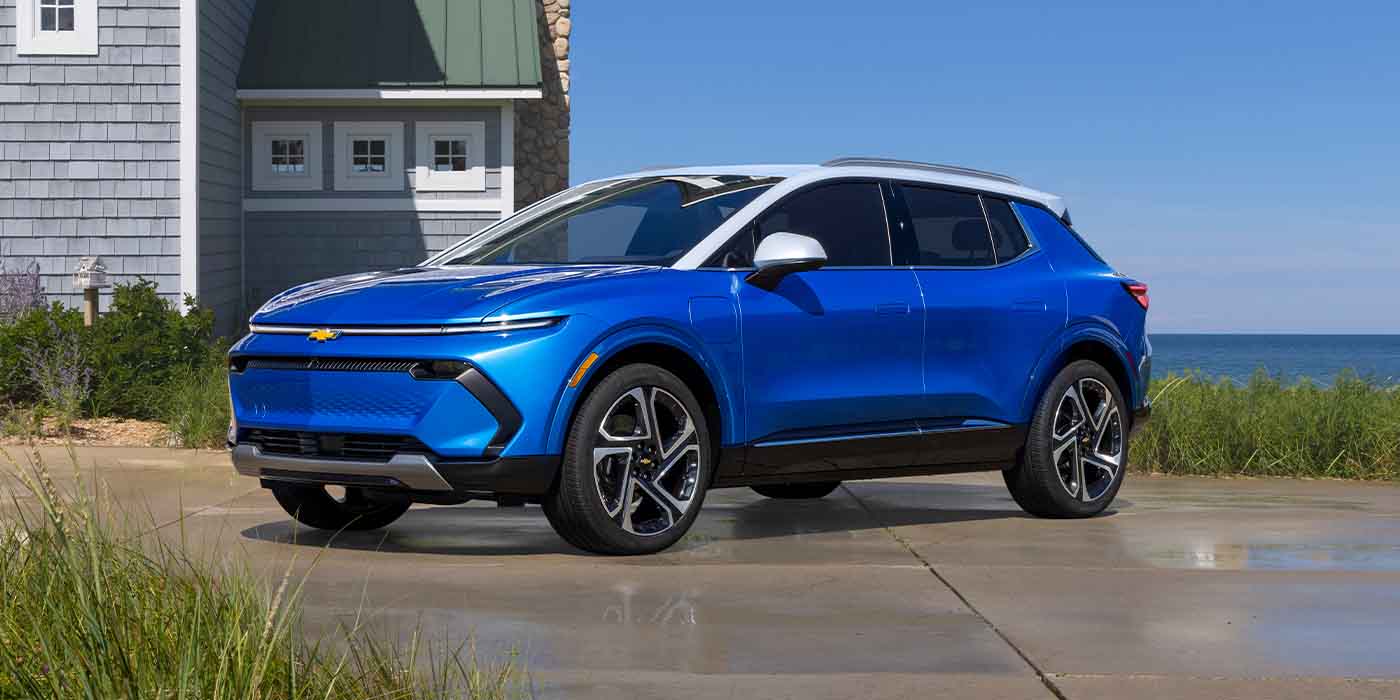 General Motors has shared a slew of new information about the upcoming 2024 Chevy Equinox EV, outlining pertinent details for each of its trim levels, including range and standard features. What’s most promising about the all-electric compact SUV is that GM is still saying it will start at a price around $30,000. The company is hoping to convince a number of consumers to go all-electric.

A quick recap of the progress of the Chevy Equinox EV

GM first made its intentions to bring an all-electric version of the Equinox public during a slurry of newsworthy announcements at CES this past January. In a way, the news of the Chevy Equinox EV was overshadowed by preceding announcements of an all-electric Chevy Silverado and Chevy Blazer EV.

Despite being the smallest EV option of the three announced, the all-electric Equinox could find the most success when it arrives next year, based on its pricing alone. Here’s a statement from GM at the time of the original Chevy Equinox EV announcement:

Chevrolet will expand its EV lineup in fall 2023 to include the Equinox EV, an affordable, functional compact SUV that will start at an estimated MSRP of around $30,000 in the US. The Equinox EV, which will be launched with both fleet and retail versions, including LT and RS trims, will leverage GM’s Ultium Platform.

Since then, we’ve gotten one additional glimpse of the upcoming Equinox EV, which included a new blue and white two-toned exterior available on the 3LT version. According to new details shared by Chevy today, the Equinox EV will arrive in multiple trims delivering more than adequate range. More importantly perhaps, the American automaker is still promising a tantalizing MSRP starting around $30,000. Have a look.

GM has graced us with additional details surrounding the Chevy Equinox EV, which we have outlined below. We already know the pertinent specs you’re interested in, so let’s get right to it.

The 2024 Equinox EV will come in five variations across three trim levels that you may recognize from other Chevy models like the Bolt EV: 1LT, 2LT/2RS, and 3LT, 3RS. The 1LT will start at an MSRP “around $30,000” as previously advertised, but GM is not sharing any additional pricing at this time.

As you’ll see below, the trim levels vary in both performance and standard features, but most come with the capability for add-ons and further customization if desired. Front Wheel Drive (FWD) comes standard on all versions of the Chevy Equinox EV, although there is the option to add a rear motor to deliver eAWD.

All trims come with the same battery pack, aside from the very base level 1LT, which features a smaller pack and lowest range of the litter. The Chevy team is not sharing battery capacities at this time, nor would they tell us the horsepower or torque for the 1LT with the smaller battery.

Here’s how the performance specs break down for each trim of the Chevy Equinox EV:

In terms of variations between trims, the differences are mostly cosmetic, especially when you compare numerical counterparts like the 2LT and 2RS, for example. During a call with the Chevy team, they explained that many of the differences between the LT and RS trims of the Equinox EV are present in the exterior.

The RS versions are sportier and offer different tire and wheel combinations. They also house different trim accents on the inside. Have a look for yourself.

Differences between the trims of the Chevy Equinox EV

As you may have guessed, there is much more variation between the trims of the Chevy Equinox EV than exterior paint and interior trim, so we’ve outlined all the standard features and available add-ons for you below.

Pricing, availability, and what about federal tax credits?

As a compact SUV and an all-electric version of Chevy’s second most popular combustion model, GM is expecting big things for the 2024 Equinox EV. At a starting MSRP around $30k, consumers (especially those loyal to the Chevrolet crest) may also be more inclined to make the switch to electric.

Combined with the upcoming Silverado EV and electric Blazer SUV, the Equinox EV completes the Cerberus of viable Chevy offerings GM hopes to wield in its quest to reclaim a huge chunk of the BEV market. During a call with the media, Chevrolet’s global vice president Scott Bell was so bold as to say, “no one will be able to touch us in these three segments.” We shall see!

This outlook – based upon previous success of the combustion versions of these three Chevy models – could be a reason why GM CEO Mary Barra has been so publicly optimistic about the American automaker’s future in the EV market, despite quite limited (but growing) delivery numbers to date.

As the most compact and affordable of the pack, the Equinox EV could offer the biggest bang for consumers’ bucks and adequate range for their change, especially when you consider the possibility of federal tax credits.

GM has already stated that the Equinox EV will be produced at its facility in Ramos Arizpe, Mexico. Combine that North American assembly with GM’s three upcoming battery plants in the United States, and the Equinox EV could very well qualify for federal tax credits when the automaker once again qualifies starting January 1, 2023 under revised terms in the recently signed Inflation Reduction Act.

When pressed upon the issue, the Chevy team would not confirm that the Equinox EV will qualify for federal tax credits in the United States, stating it is “still figuring it all out.” Those announcements will be made in the future.

For now, the 2024 Chevy Equinox EV is expected to arrive in fall 2023, beginning with a limited edition 2RS trim. Chevy told us the 2LT and 2RS production will be followed by the 3LT and 3RS, then the 1LT. It expects all trims of the Equinox EV to be available to consumers within 12 months of the start of production.

Here’s a closer look at the 2024 Equinox EV in the 3LT trim with the two-toned exterior.