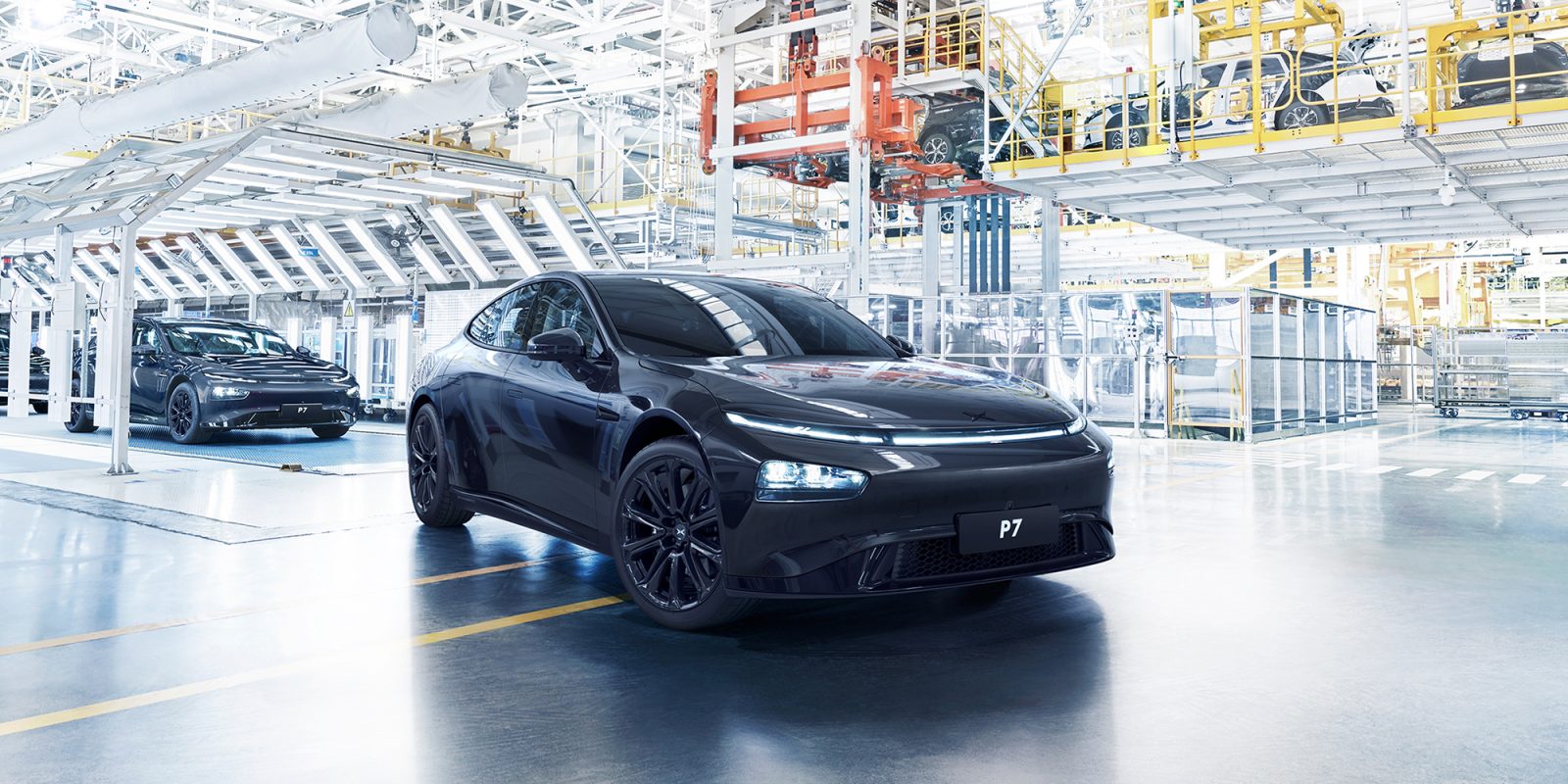 EV-dedicated automaker XPeng Motors is celebrating the production of its 100,000th P7 sedan, claiming to be the first Chinese EV brand to do so. To mark this production milestone, XPeng will release a special “Black Label Edition” P7 featuring an entirely dark exterior.

Xiaopeng, aka XPeng Motors, continues to grow both within China and now in Europe, recently expanding to several new markets. Part of this European expansion includes the P7, XPeng’s second-ever EV model which was first unveiled in 2019.

When the P7 officially launched in April of 2020, it was touting the longest range of any China-built EV, helping solidify XPeng Motors as a serious contender in the market against the likes of NIO and Tesla.

In 2021, the P7 achieved the highest ranking for midsize BEVs in J.D. Power’s China New Energy Vehicle–Automotive Performance, Execution and Layout (NEV-APEAL) Study, as well as a 5-star safety rating (score of 89.4%). Not to be outdone, the P7 garnered the highest active safety score (98.51%) among Chinese EVs through the China New Car Assessment Program (C-NCAP).

Now, less than two years after the start of production, the automaker has assembled over 100,000 P7 EVs and is celebrating its accomplishment the best way XPeng Motors knows how – with a sleek new, all-black P7.

To commemorate the production of 100,000 P7 sedans in just 695 days, XPeng Motors will produce a unique version of its P7 562E sedan. According to a press release, the first limited “Black Label Edition” P7 rolled out of XPeng’s Zhaoqing plant today.

The special all-black edition EV is based off the AWD 562E trim of the P7, which comes equipped with XPeng’s XPILOT 3.0 ADAS along with autonomous capabilities like Navigation Guided Pilot (NGP) and Valet Parking Assist (VPA).

If its name wasn’t enough of a hint, the commemorative edition of the P7 will feature an entirely black exterior. However, we are told the rest of the specs match the previous version of the Performance 562E trim.

According to XPeng Motors, the “Black Label Edition” P7 will launch on April 10 in the Chinese market only, at least for now. Pricing will be made public at a later date.