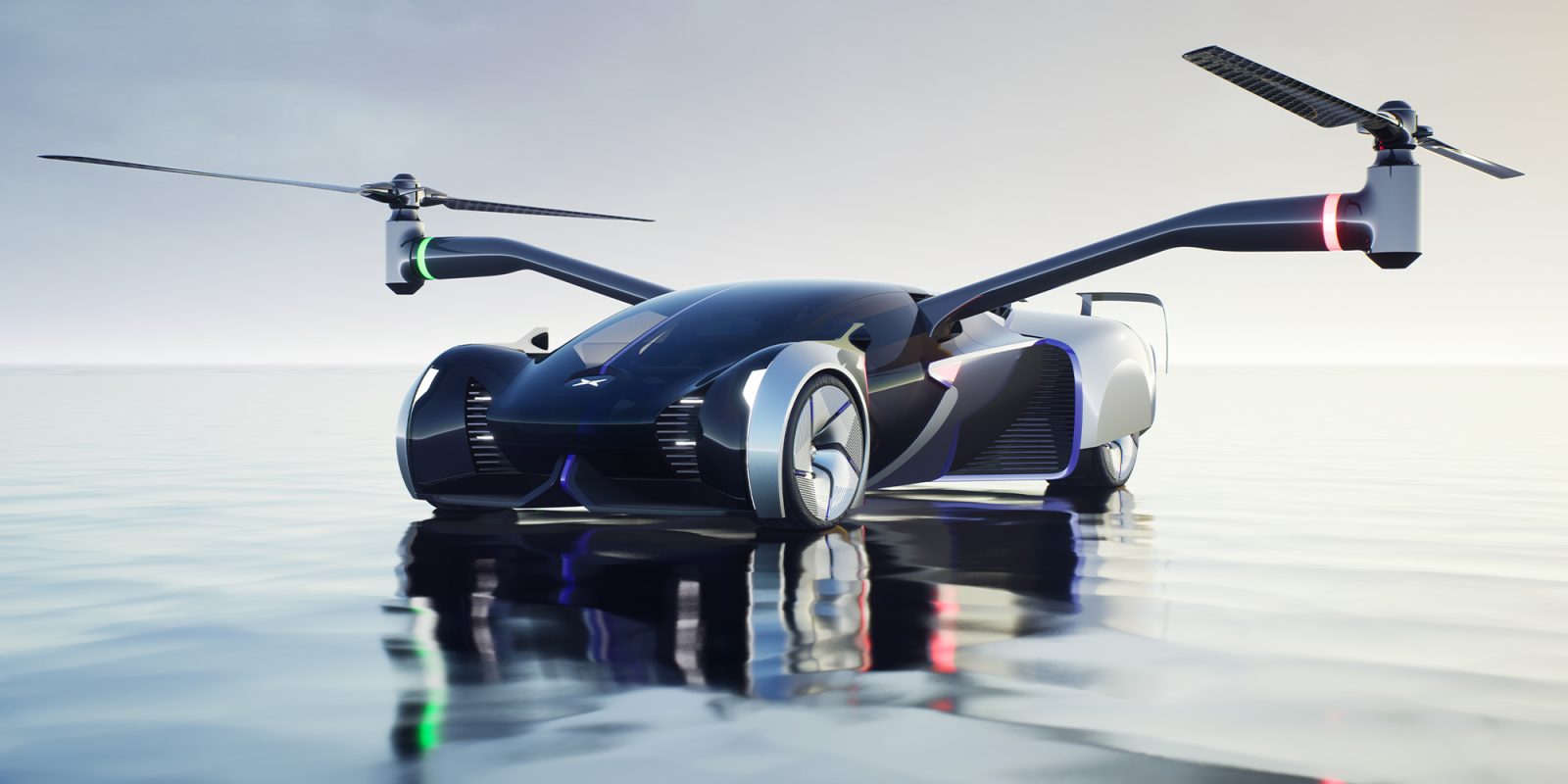 As part of its 1024 Tech Day in China, XPeng has unveiled upgrades to its current EV technology as well as new electric mobility products. This includes an XPILOT 4.0 ADAS system, high-voltage “X-Power” superchargers, and a pony-style smart robot. Last but not least, XPeng’s affiliate company HT Aero unveiled its sixth-generation, road-capable flying car that will roll out in 2024.

Catching up before XPeng Tech Day

Xiaopeng Motors, or XPeng ($XPEV) for short, is a Chinese EV manufacturer founded in 2014 in Guangzhou. In 2020, the company went public on the New York Stock Exchange (NYSE), raising $1.5 billion.

In addition to its flagship EV, the G3 SUV launched in late 2018, XPeng Motors delivered the P7 sedan in 2019 and recently launched a family sedan called the P5. In addition to manufacturing EVs, XPeng develops its own software and charging products, and has begun dipping into other ventures like robotics as well.

Previous versions of these “flying cars,” as XPeng calls them, have not had wheels but were based around the company’s P7 architecture. However, HT Aero recently hinted at a new model that will be able to travel on roads and through the air.

During its 1024 Tech Day today, XPeng has unveiled this next generation of flying car alongside several other technologies relating to electric mobility.

The annual event, held live from XPeng headquarters in Guangzhou, was led by Chairman and CEO He Xiaopeng, who introduced several new technologies XPeng has in the works for electric mobility. This included some of the potentially fastest EV chargers in China.

As part of Tech Day, XPeng unveiled its “X-Power” superchargers, referred to as China’s first 800V high-voltage mass-production SiC platform. According to XPeng, these superchargers can exceed a peak current of 600 amps, and will be able to deliver drivers up to 200km (124 mi) of range after just five minutes of charging.

Currently, the company has nearly 450 branded superchargers throughout China.

In addition to unveiling its new supercharger, XPeng shared details of the current and future status of its ADAS known as XPILOT.

XPILOT 3.0 features Navigation Guided Pilot (NGP) which was launched earlier this year. NGP is currently programmed for assisted highway driving as its core function and the automaker’s first step toward autonomous driving. According to XPeng, NGP has already assisted its drivers for nearly 12 million kilometers of travel (~7.5 mil miles).

XPILOT 3.5 is still on track to initially roll out on XPeng’s upcoming P5 sedan in the first half of 2022, and will support congested city driving in addition to highways.

Improving upon 3.0, the XPILOT 3.5 visual perception network has been upgraded from 2D detection to 3D, with multiple-target recognition using additional sensors including LiDAR in the two higher-end versions of the P5.

Man-machine co-pilot functions will remain critical for the foreseeable future. Our mission is to progressively transition from advanced driver assistance to full autonomous driving, with a clear roadmap to connect all driving scenarios. Our closed-loop data operation, fast software iteration and mass production capability – all created in-house – put us in pole position to significantly improve safety and resolve the industry’s long-tail issues in China.

In addition to current XPILOT iterations, XPeng is already discussing XPILOT 4.0, which will debut on a new XPeng EV to follow the P5 in the first half of 2023.

In addition to discussing electric vehicles, XPeng shared some of the progress it has made in smart robots, particularly its robotic pony prototype.

The pony will be able to perceive various environments and navigate using 3D route planning. Furthermore, it utilizes facial, body, and voice sensing to recognize multiple users. Check out some of the prototype features from an XPeng rendering shared last month:

The robotic pony remains a prototype at this time, but XPeng stated that it is working toward more human-to-machine interaction technology in order to establish an integrated smart mobility ecosystem.

Last but not least, XPeng has officially unveiled the sixth generation of its “flying car” from HT Aero, after teasing it last week.

Contrary to previous prototypes like the X2 that are technically eVTOL vehicles and not actually cars, XPeng revealed that a new vehicle that can drive and fly is in the works.

XPeng stated the vehicle will offer a lightweight design, and a foldable rotor mechanism for quick transitions between driving and flying.

Despite the announcement, we do not know much else about XPeng/HT Aero’s next iteration of flying vehicles yet, although we got some cool renderings and an introductory video (see below).