With more armies testing e-bikes than ever before, are electric bikes set to become the new cavalry? 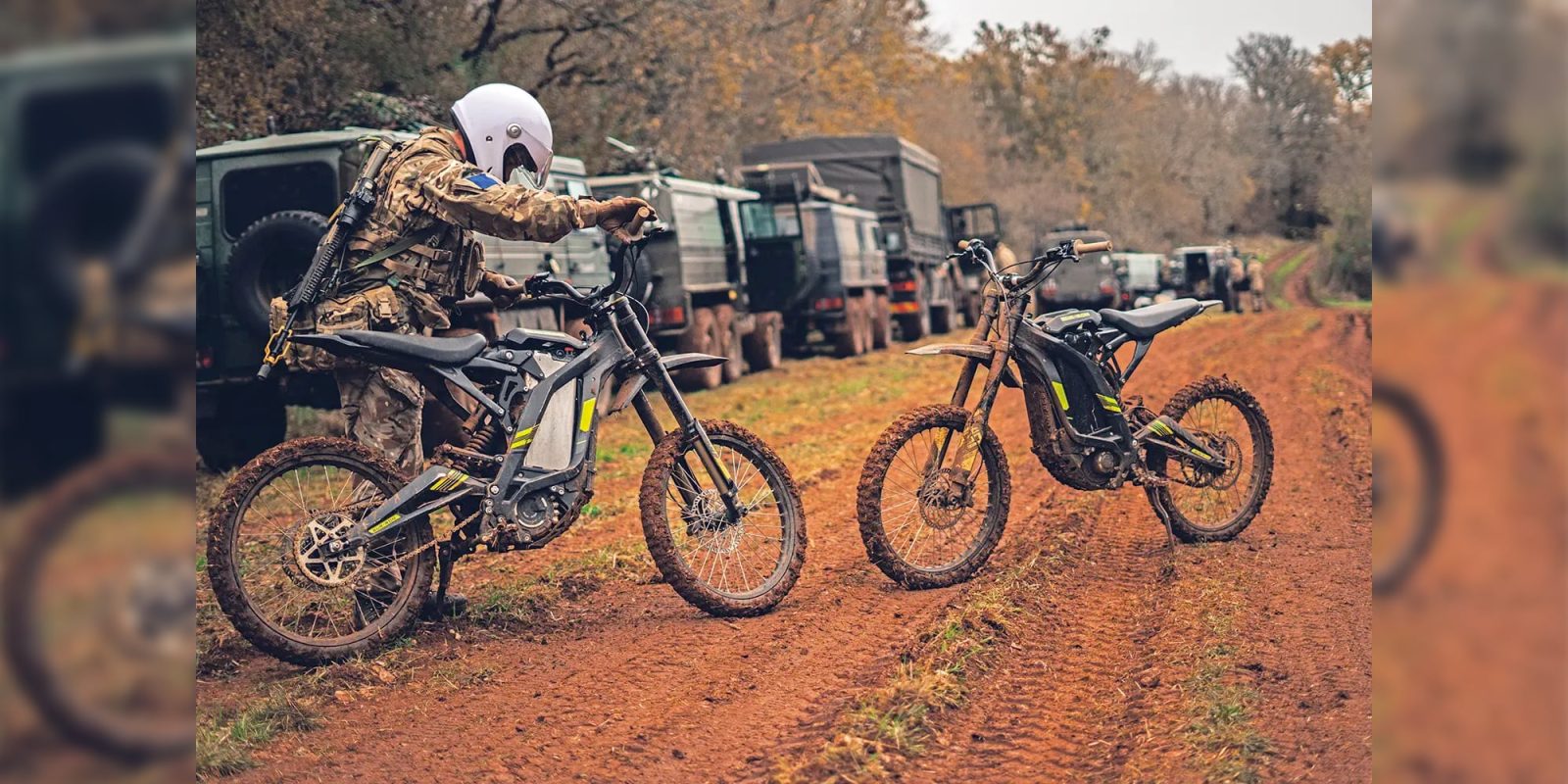 The idea of army vehicles usually conjures up images of battle tanks and Black Hawks, but there’s a long history of two-wheelers making the draft as well. But while bicycles and old motorcycles were the bikes of choice for decades, electrification is changing the face of two-wheeled army transports around the world.

Electric motorcycles have already been growing in popularity for civilian use over the past decade.

What started out as a niche industry dominated by all-electric startups like Zero Motorcycles has turned into a booming field drawing in major manufacturers like Harley-Davidson, Kawasaki, and even Ducati.

Electric bicycles have also seen skyrocketing sales as the general public has flocked to the easier-to-ride alternatives to pedal bicycles. E-bikes’ electric assist motors and large batteries help riders travel faster and farther than ever before while serving as a much more environmentally friendly alternative to private cars.

The growth of both industries has not escaped the notice of militaries around the world. Armed forces have jumped at the opportunity to test out all sorts of electric bikes and e-motorcycles for tactical use, and it has nothing to do with their green-ness. Instead, it’s all about their advantages over conspicuous gas-powered vehicles.

Some of the latest examples of electric motorbikes making the draft have included the UK testing air-dropped Sur Ron electric trail bikes for paratrooper use and Australia running trials of Stealth electric bicycles with its own armed forces.

In both cases, the electric two-wheelers were prized for their ability to insert unnoticed and perform quiet patrols or recon duty. Solar charging has even been tested to “refuel” the bikes in the field without having to hump in fuel supply.

Electric two-wheelers have also proven popular among the special operations community, including an example where we saw modified Zero FX electric motorcycles mounted to a Black Hawk helicopter.

Special operators are often inserted miles from sensitive targets to avoid alerting the enemy with a loud helicopter, but that requires long hikes with heavy equipment to reach the final destination. With the electric motorcycles, soldiers would be able to carry more equipment to the target while arriving faster and less tired.

While that was a particularly creative use, most militaries have stuck to the ground while using electric bikes for patrols. That’s exactly how the New Zealand Defence Forces has employed its UBCO electric motorbikes, which feature all-wheel drive and are designed to carry heavy loads across grueling terrain.

Even electric bicycles are seeing military duty, though they are usually much more powerful than typical recreational e-bikes designed for the public.

The powerful electric torque and lack of engine noise aren’t the only major advantages of electric two-wheelers. Militaries are also likely eyeing their lower costs. The US Army reportedly spends around a quarter of a million dollars for a Humvee, while an electric bike like a Sur Ron costs closer to $4,000.

The capabilities of the two vehicles certainly aren’t equivalent, but each has advantages that the other can’t match.

And as more militaries around the world begin testing and incorporating electric two-wheelers into their own fleets, we just may see the battlefield become a little bit quieter.

While we used to see an occasional instance of an electric two-wheeler being trialed for military use, now it seems to be a monthly occurrence.

And you know it’s getting popular when most other media find it hard to keep up. I routinely see other generalized outlets trying to cover the phenomenon, but whiffing hard on the electric tech or just confidently misidentifying the models in the photos. That’s how you know this stuff is going mainstream.

It makes perfect sense to me that EVs – specifically two-wheeled EVs – are getting drafted. Their tactical advantages are just too great to ignore. They can’t be heard from a mile away, they don’t show up on thermal image sweeps, they can be refueled in the field with a packable solar panel, and they are surprisingly low-cost compared to most military vehicles.

Obviously they won’t replace major gas-powered four-wheelers and tracked vehicles, but they serve as a useful arrow in a larger quiver of options.

As a huge proponent of e-bikes and a vet myself, it brings me great pleasure to see these two worlds combining. And with the sky now literally being the limit for electric bikes in the military, I’m fascinated to see what major armies and their nearly unlimited budgets will come up with next for electric bikes.