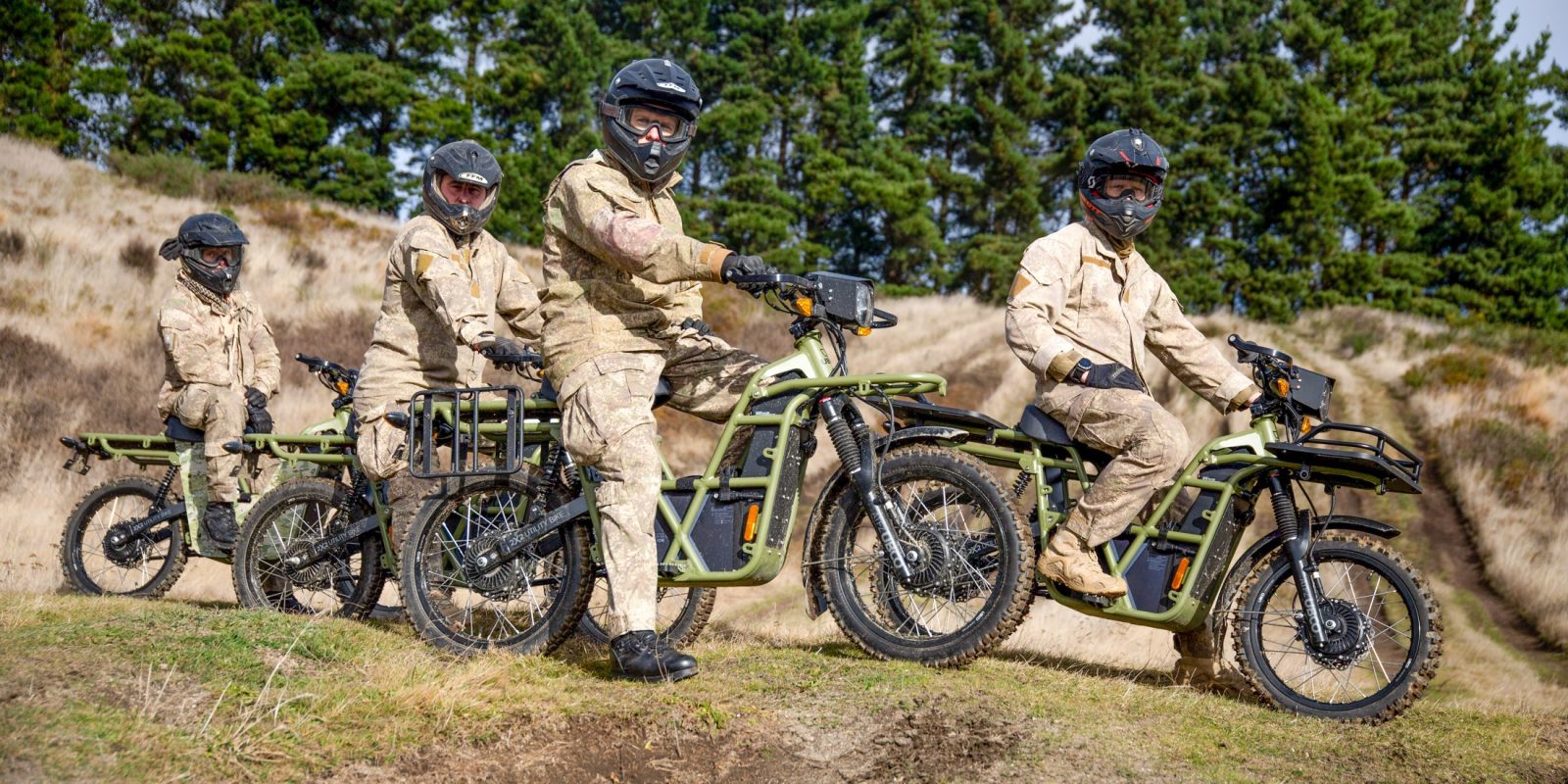 The New Zealand Defence Forces are currently trialing the UBCO 2X2 electric motorcycles for tactical use, as seen in a new video.

The UBCO 2X2 is an all-wheel-drive electric motorcycle that has its roots in farm use, where one of its first duties was as a farm bike.

Over the years the platform has grown, and its duties have expanded into a patrol bike for a number of outdoor organizations in various tough terrains.

Now the utility bike is preparing to be drafted into the New Zealand Defence Forces (NZDF), as each branch of the Kiwi military conducts tests of the off-road electric motorbike.

The battle-lab experiments run by the NZDF include the UBCO 2X2 motorbikes as well as the portable power system created by using the UBCO batteries alone as a form of mobile electric generator.

There have been dramatic changes in technology over the last few years with electric vehicles a key emerging technology that the NZDF has been monitoring. After investigating a range of options, the NZDF selected UBCO for a trial in 2020.

The sustainable EVs fit into the NZDF’s sustainable framework known as Tuku Iho, which translates loosely from Maori as “passing on what you’ve received in as good as or better condition than you receive it.”

We are doing a detailed evaluation of EV bikes. We’re looking for an alternate energy patrol bike, particularly for reconnaissance and surveillance but it has many other applications.

UBCO’s 2X2 all-wheel-drive electric motorbikes were originally built solely for off-road riding, but have since been homologated for street use as well. The bikes are now produced in multiple models with some achieving street-legal status.

With regard to how the UBCO 2X2 bikes are useful to the NZDF, the joint experimentation manager for the Land Capability Branch of the NZDF Hayden Robinson explained:

Electric vehicles offer some advantages over fueled vehicles. They are quiet, don’t give off exhaust or heat, and aren’t powered by highly flammable liquids. They are simple to maintain and onboard computers will be able to record a range of information about how the bike is used.