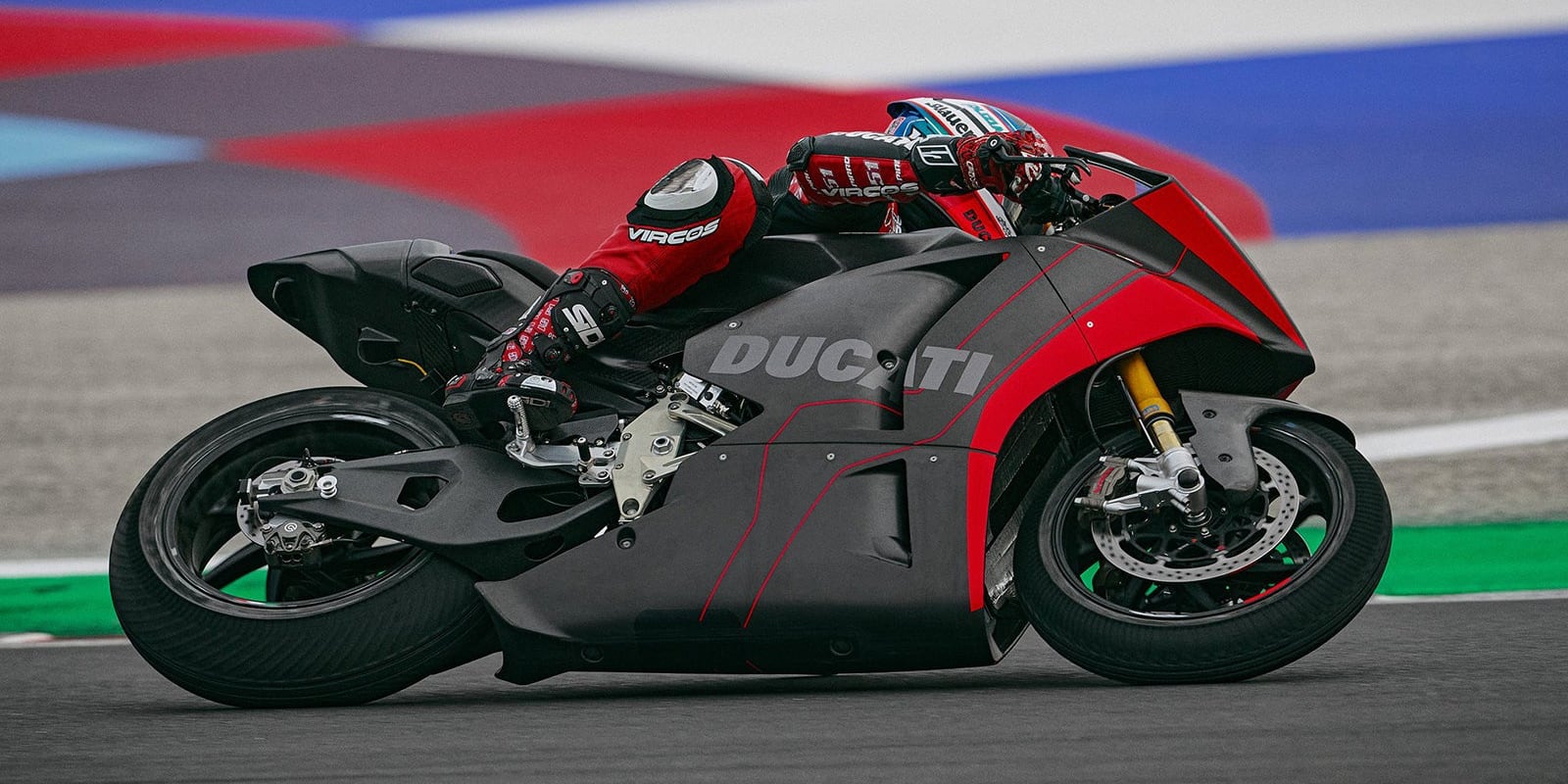 And as Chinnock explained to Yahoo Finance, that means big things for potential upcoming electric Ducatis designed for consumers:

Well, it would be premature for me to dig too deep into some of the technology right now because we actually haven’t released much about this product yet. But I could definitely tell you that what we’re going to develop in terms of the expertise and the technology through that racing series will be utilized for future street motorcycles.

We last got a look at the Ducati electric motorcycle prototype known as the V21L in late December of 2021.

Ducati was quick to show off its electric bike in action, but has yet to share any hard figures on performance.

The motorcycle that Ducati will attempt to replace was the Energica Ego Corsa, which was known to hit speeds of up to 160 mph (257 km/h) during races.

Energica outfitted the bike with a 110 kW (147 hp) liquid-cooled electric motor helping lay down 220 Nm of torque. So Ducati certainly knowns the numbers to beat.

Ducati’s fully-faired V21L electric racing motorcycle didn’t provide many glimpses of the technology underneath the panels. We were able to spot a single-speed setup with a chain drive running in line with the swingarm pivot, helping to give a few clues about the drivetrain. But the larger powertrain remained a mystery as the battery pack is hidden away from view.

The battery pack has been cited by Ducati before as the main reason they were unable to previously build electric motorcycles.

Domenicali’s claimed that lithium-ion batteries hadn’t advanced enough to provide sufficient stored energy, and performance seemed to ring a bit hollow when looking at the rest of the industry.

Even without the impressive advances of solid-state batteries in the lab, fellow Italian sport bike maker Energica seemed to have had no problem producing high-performance electric motorcycles using today’s lithium-ion battery technology.

So now the onus will be on Ducati to prove that it can live up to Energica’s standards and produce an electric motorcycle that can perform as well, if not better, than the current models used in the MotoE racing series.

If so, then future Ducati electric motorcycles for consumers may just stand a fighting chance.