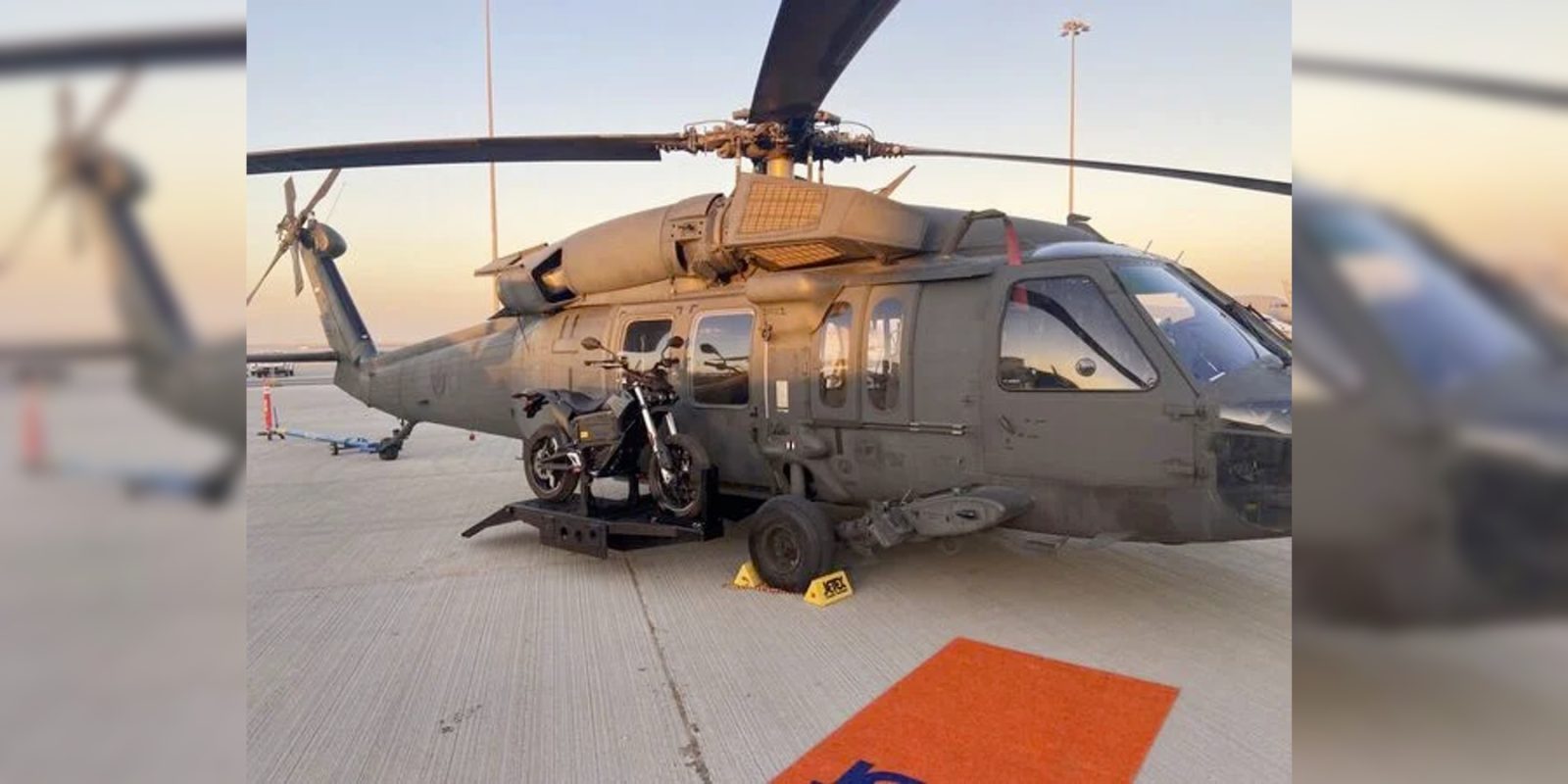 Electric two-wheelers have become an area of intense research and testing for special operations forces around the world. The latest example we’re seeing is a novel application of a helicopter outfitted with a pair of electric motorcycles for stealthy insertion.

The first-of-its-kind application comes to us from the Dubai Airshow 2021, where the UAE Special Operations Command showed off the combo, first photographed by Andrew White of Janes.

The helicopters include an External Stores Support System (ESSS) commonly used for mounting equipment on the stub wing’s hard points. In this case, carriers for electric motorcycles have been mounted instead.

The electric motorcycles in question appear to be Zero FX models, specifically designed for off-road riding in rugged conditions.

They are often used in military roles where their low-noise electric motors make them a much stealthier option than gas-powered dirt bikes. Their low sound signature and lack of gas smell make them nearly as stealthy as a bicycle while still offering the benefits of a powerful motorbike.

While it doesn’t always make for an action-packed movie, one of the most common missions conducted by special operations forces is basic reconnaissance. The goal is to insert, observe, and exfiltrate completely unnoticed and without contact.

Since a loud helicopter can make that difficult, special operators are usually inserted far from their objective and hike in on foot. But the use of electric motorcycles can allow farther distances to be covered while carrying a heavy load with less exhaustion.

The representative explained that trials currently underway are testing the process of inserting a pair of special operators for reconnaissance missions and quickly detaching the electric motorcycles. Upon completion of the objective, the riders meet the helicopter at an extraction point where the motorcycles are quickly remounted to the helicopter.

Electric motorcycles and even electric bicycles have been attracting significant attention from armed forces around the world.

Last month we covered multiple special operations forces that were undergoing testing of high-powered electric bikes for tactical use, some even outfitted with solar panels for charging in the field.

UBCO’s all-wheel-drive electric motorbikes are also being evaluated by the New Zealand Defence Forces for patrol use, where their low-signature operations have proven to be key advantages.

While the environmental and convenience advantages of electric vehicles rank high among the benefits list for the general public, militaries are increasingly turning to electric vehicles for their tactical benefits.