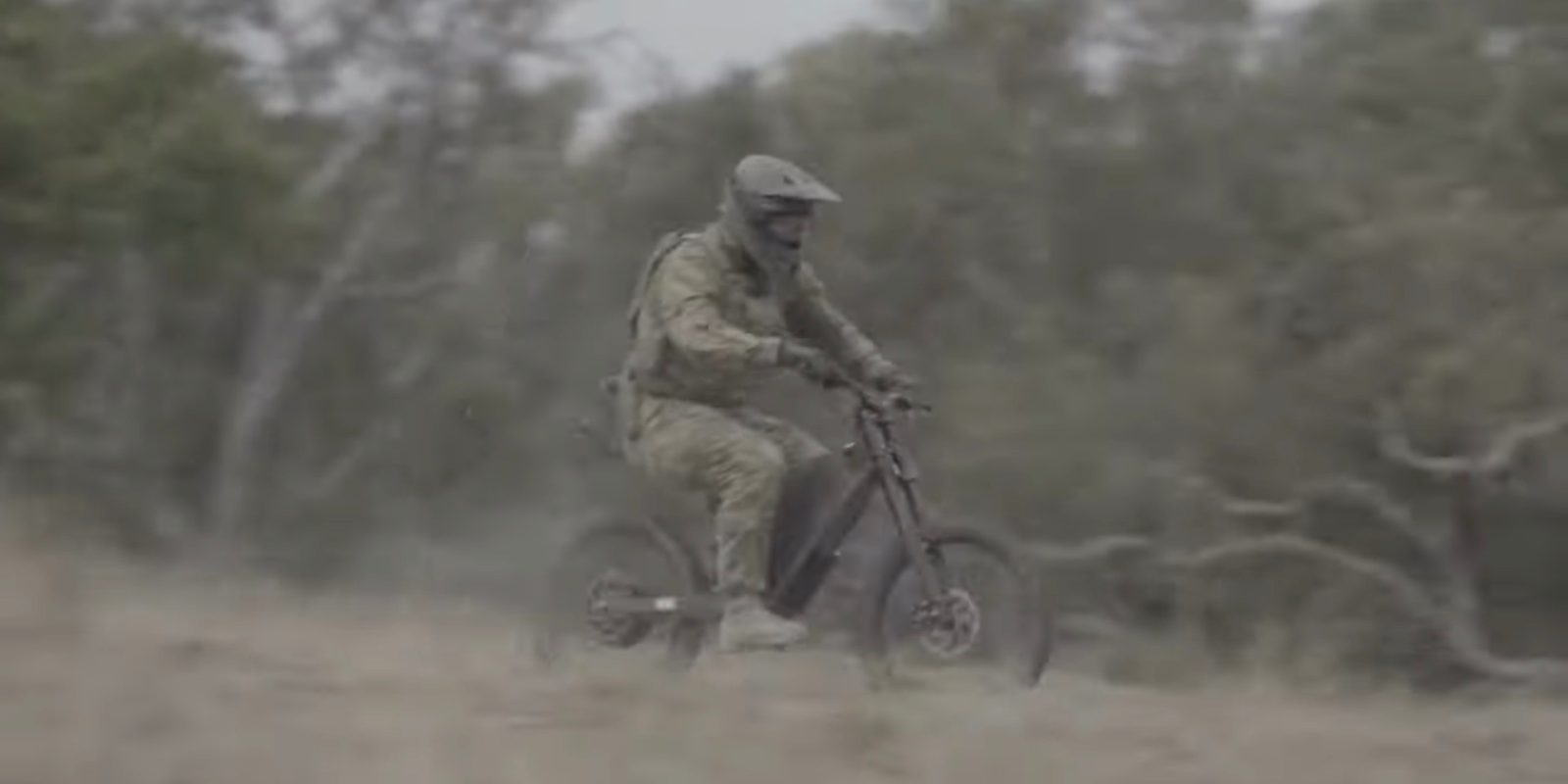 It’s been a big few weeks for electric bicycles in the military, with the latest tactical e-bike news coming from down under. Australian soldiers are now testing the use of high-powered electric bicycles for military roles, focusing on stealthy scouting missions.

Scouts from the Light Horse Regiment with Queensland Mounted Infantry are now testing out high-powered e-bikes, though few would consider these to be ‘bicycles’.

The e-bikes in question may have functional pedals, but they can reach speeds topping 80 km/h (50 mph) on throttle-only operation. Those high speeds are possible thanks to a powerful 6.2 kW motor. The e-bikes remain pedalable thanks to a 9-speed gearbox built around the bikes’ bottom bracket, where many e-bikes would traditionally house a mid-drive motor.

The exact model of e-bike hasn’t been officially named by the Australian military, but it’s plain to see that these are B-52 model e-bikes from the Australian company Stealth Electric Bikes.

The 51 kg (112 lb) e-bikes carry 2 kWh batteries and are rated for ranges up to 100 km (60 miles) on a single charge, albeit at slower speeds. At a speed of 50 km/h (31 mph), they produce just 65 dB of sound. That’s far below the audible signature of a gas-powered dirt bike. They can also be more easily lifted into a truck or other military vehicle and can even be pedaled back if the battery were to run low.

As corporal Thomas Ovey of the Queensland Mounted Infantry explained:

“The footprint is minimised due to less power, less noise, and you’re not kicking up much dust that could be seen by enemy forces. It’s much more effective than a standard motorbike. They’ll call us up, we’ll get the stealth bikes out, head down there and grab the information.

It’s a lot quicker. We cover more ground much faster, and it saves time instead of waiting for troops to come to us when they’ve found something. It’s easier to punch out the e-bikes and return.”

This is only the latest news of electric bicycles getting drafted into the military, reversing the typical military tech trend by taking civilian gear and repurposing it for tactical use.

Earlier this month we learned of three countries who were using electric bicycles in their special operations and paratrooper units.

In that case, it was the popular dual-branded Jeep and Quietkat electric bicycles, produced in China using the powerful Bafang Ultra M620 mid-drive motor known to put out over 1,500W of power and hit speeds nearing 60 km/h (36 mph).

Such fat tire electric bicycles have been finding military use for years, where their all-terrain capabilities combined with their low weights and silent operation make them ideal for recon use.

For more high-power uses, electric motorcycles are also starting to become a favorite for stealthy yet powerful two-wheeled transport in the military.

We saw a rather comical case of an electric Zero police motorcycle pulling over a Tesla in what was dubbed by the officer as “the quietest police pursuit ever.”

Many other police departments are now hopping on the electric motorcycle bandwagon too.