This hydrogen-powered racer is set to take on Porsches and Lambos, but what’s the point? 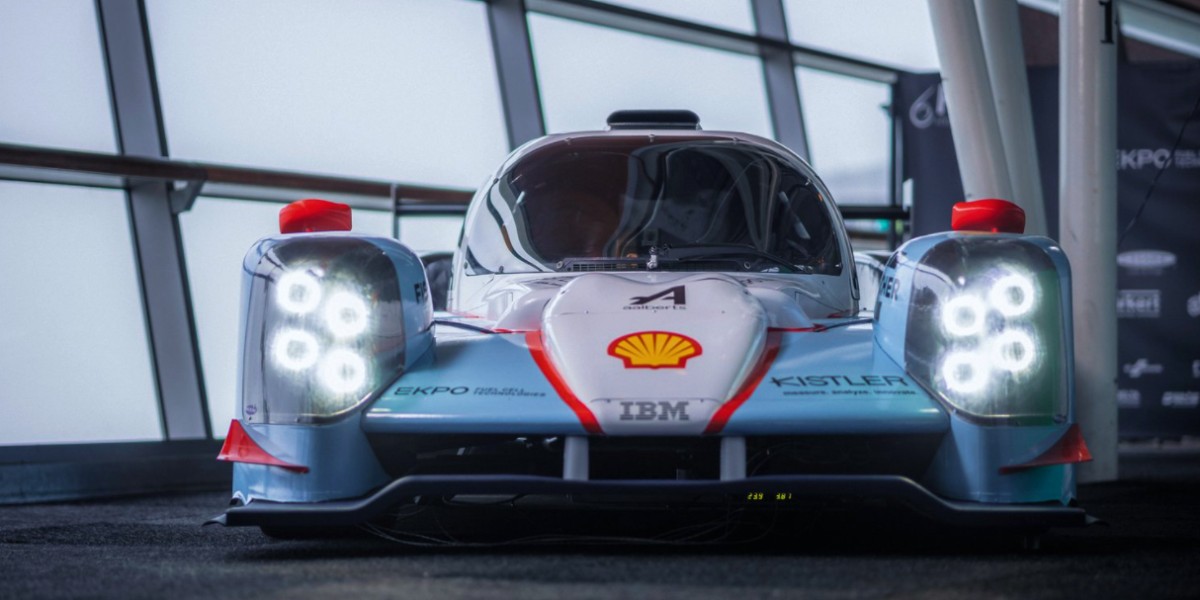 Students at TU Delft presented hydrogen fuel cell powered prototype with its top speed of more than 300 kph, the “Forze IX” is set to compete against ICE Porsches and Lamborghinis in an endurance race on the Zandvoort circuit in the Netherlands. But, win or lose – will it matter?

Before we answer that burning, “Y tho?” question, let’s give these TU Delft students a victory lap for what they’ve accomplished. From a pure performance standpoint, the Forze IX is an incredible machine, capable of sustained triple-digit speeds, fantastic feats of cornering, and enough braking force to pop out of your skull.

On top of that, there’s a clever cooling system in place that keeps temperatures and pressures in check. That’s absolutely critical when you consider that the driver is sitting on four tanks carrying 700 atmospheres (really) of pressurized hydrogen, each.

Put simply: there are no small emergencies at 700 bar.

“We want to keep challenging ourselves,” says program director and team manager, Coen Tonnaer. “The Forze IX will have a peak power of around 800 bhp. This power is partly generated by the fuel cells, but we also have an additional supercapacitor energy storage system that can give a huge power boost to the car. There’s a lot of performance inside this vehicle.”

The previous iteration of the Forze IX (the Forze VIII, natch), was based on a 2017-spec carbon fiber LMP3 monocoque chassis. It, too, competed in a GT race – and earned a podium finish in the Sport Class of the Supercar Challenge at the Assen circuit without the benefit of the IX’s “supercapacitor” to boost its power output.

You can watch the TU Delft students’ official reveal of the Forze IX (which includes a number of interesting explainers and cutaway drawings) starting at about the 24 minute mark, below. We’ll get back to answering the question of, “So what?” afterwards.

It is, perhaps, telling that the Forze hydrogen racecar project is sponsored by fossil fuel giant, Shell. Critics of hydrogen – and even mainstream business magazines like Forbes – have suggested that the oft-promised hydrogen economy is little more than fossil fuel spin, a last-ditch effort from the oil giants to keep their massive, billion-dollar infrastructures relevant in a world full of giant windmills and increasingly efficient batteries.

From a motorsports perspective, hydrogen does offer some benefits to a pure BEV – primarily in the context of a 24 hours of Daytona or 12 hours of Sebring-style endurance race, where precious minutes would have to be spent in the pits either charging up the the car’s batteries. That seems like a pretty narrow use case, though, and one that the R&D crucible of motorsport might better serve through the accelerated development of liquid-cooled charging cables like the ones being developed by Ford and Purdue, which could be able to recharge an F-150 Lightning in under five minutes, or even faster and safer battery swap technology.

Regardless, the added risk to the other drivers and fans on the track brought about by the seven-hundred bar (more than 10,000 psi) storage tanks onboard this hydrogen racer hardly seems worth any “pro hydrogen” marketing mission to benefit Shell – especially when Shell’s biggest rival, BP, seems to have been pleasantly surprised by the relative profitability of charging EVs vs. filling up ICE cars with gasoline!

The desire to clean up motorsport is hugely important to race fans in general, and to race fans who are trying to convince the ICE holdouts of the benefits of EVs in particular. That’s why series like Formula E and the upcoming Airspeeder and E1 electric powerboat races are so important. Shell understands this, it seems, which is why they’re putting energy into an HFC project that specifically highlights that technology’s one benefit over BEVs: faster fill up.

Everything else that makes this (and, let’s face it, every other) hydrogen fuel cell racer the capable performance machine that it is could just as well still be there if the terrifying, 10,000 psi Hindenburg hydrogen tanks were replaced by significantly safer batteries.

Speaking of which, there is one bit of tech at work in the Forze IX that is truly interesting – the car’s supercapacitor. Sometimes called an “ultracapacitor” or “high-energy capacitor”, a supercapacitor, like a battery, stores and releases electricity. Unlike a battery, which stores its energy in chemicals and ions, supercapacitors store electricity in a static state – like the static electricity that zaps you when you walk across the living room carpet to turn on a lamp – making it possible to release a bunch of energy in much less time than a conventional battery.

There’s not much use to that, either, of course. Not when a Tesla Model S Plaid can already blast to 60 mph faster than most people would ever need or want to – but if you wanted to build out an all-electric drag racing series? You folks wait here, I have an idea to pitch to the Formula E guys …