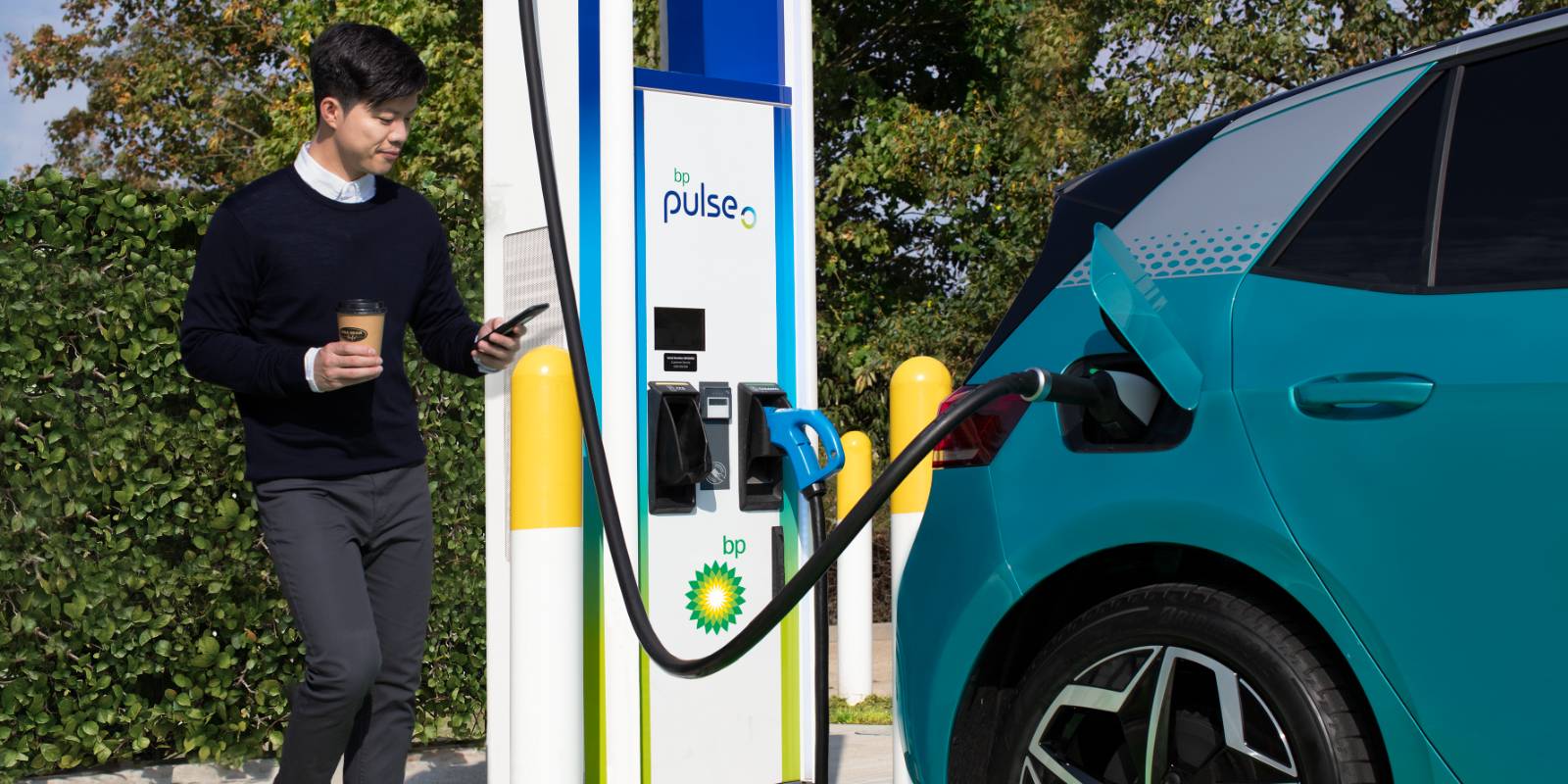 Oil giant BP claims the use of its BP pulse electric vehicle chargers is “on the cusp” of being more profitable for the company than filling up an internal combustion-powered car with gas. Once that happens, it could mark a major turning point for EVs and “big oil”.

The business of EV charging – filling up a car with electrons rather than petroleum-based gas or diesel – has always been a loss leader for oil companies like Shell and BP, who are seemingly being dragged into the electric future kicking and screaming. That may be about to change, however, as BP’s latest numbers show that, on a margin basis, its UK-based “BP pulse” network of fast battery charging stations, is nearing the levels of profitability they see from filling up with petrol. And the division could be profitable on its own by 2025.

“If I think about a tank of fuel versus a fast charge, we are nearing a place where the business fundamentals on the fast charge are better than they are on the (fossil) fuel,” BP head of customers and products, Emma Delaney, told Reuters.

Delaney did not disclose precisely when BP expects EV charging profits to eclipse traditional fuel profits, but the company did report that its electricity sales for EV charging grew 45% from Q2 to Q3 of 2021, alone. “Overall, we see a huge opportunity in fast charging for consumers and businesses, as well as fleet services more generally,” explains Delaney. “That’s where we see the growth, and where we see the margins.”

The London-based company (BP = British Petroleum) plans to grow its EV charging business in the coming years from the current 11,000 stations to fully 70,000 charging points by 2030 – and, unlike rival energy company, Shell, which has its own EV charging scheme in play, BP will stay focused on fast DC charging (in the 50 – 150 kW range).

“We’ve made a choice to really go after high speed, on the go charging – rather than slow lamppost charging, for example,” Delaney said.

It’s worth noting that BP began investing in the Israel-based, fast-charging tech company StoreDot as far back as 2018. It remains to be seen whether the company’s planned fast-charging expansion will leverage new tech from that source.

Up to now, the general consensus within “the EV bubble” has been that the big oil companies have been against electrification, as the proliferation of EVs seems to threaten one of their core business models. While that may be true in theory, if these companies could leverage their existing – and, frankly, highly visible footprint – in a way that not only advances the cause of electrification, but is also a more profitable business than selling gas in practice, that’s game over for internal combustions.