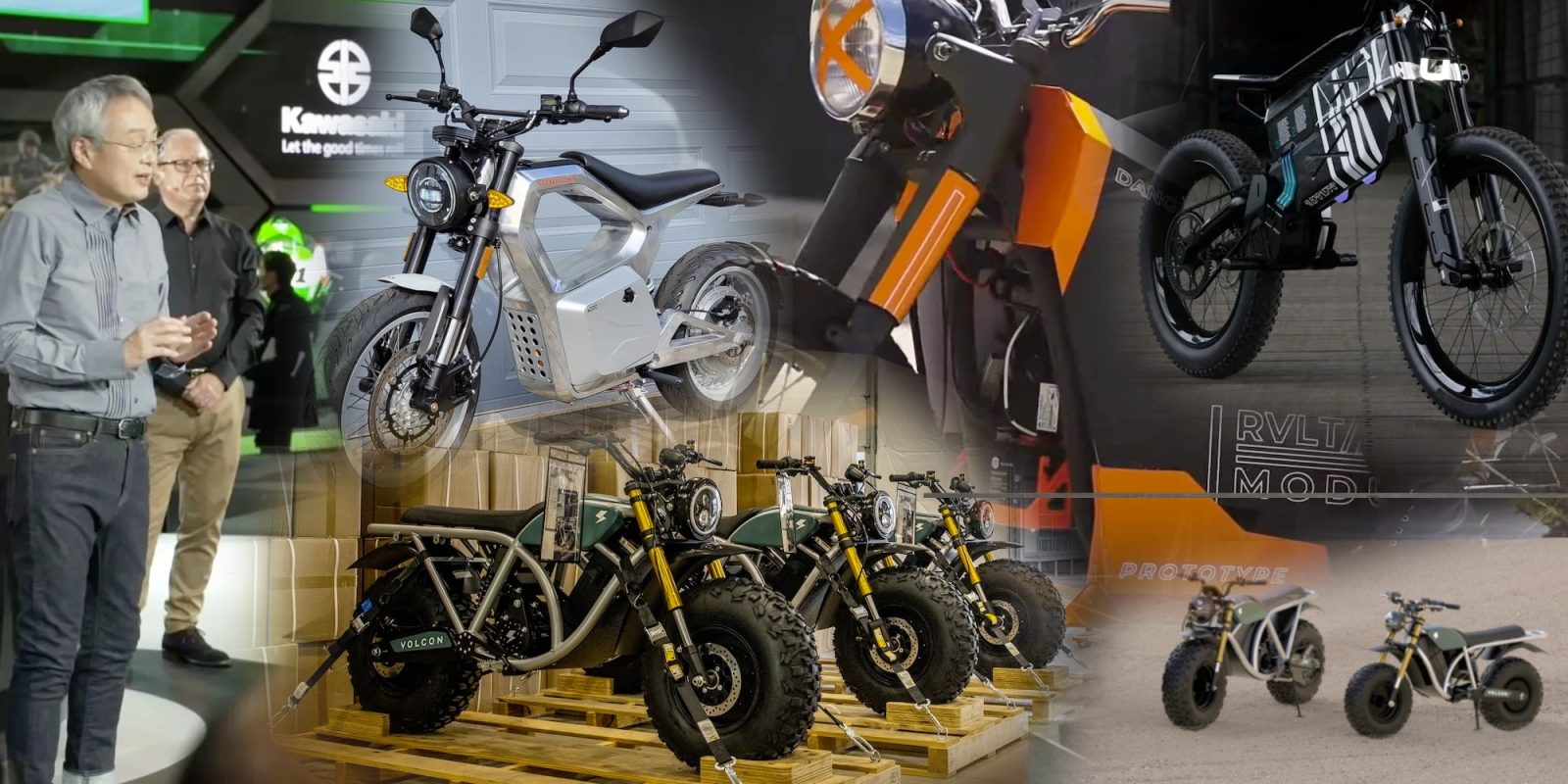 We counted millions of views across our electric motorcycle coverage this year, and these are the top five stories that our readers voted on with their eyeballs.

Yep, you guessed it. SONDORS’ first electric motorcycle unveiling definitely made the top 5 list this year.

While SONDORS is better known for its successful electric bicycles (and somewhat less known for its presently less successful three-wheeled electric car), the company’s biggest launch of the year was definitely its first motorcycle.

The Metacycle was unveiled with impressive commuter-level specs, including an 80 mph (130 km/h) top speed and an 80 mile (130 km) range to match.

The stylish design won as much praise as the shockingly low $5,000 price tag.

The bike was originally destined to make deliveries by the end of this year, but several delays have pushed the new delivery estimate to the middle of next year.

We’ve also seen the Metacycle undergo a number of design changes, many of which were expected due to several of its fancier design features found on the concept model not being street legal.

If you thought you knew electric motorcycles, think again.

BMW unveiled a decidedly out there concept motorcycle back in September that had many of us scratching our heads.

Known as the Vison AMBY, it wasn’t a particularly fast model. Instead, it appears to be designed for urban commuters that want something a bit more powerful than an electric bicycle.

Its top speed of 60 km/h (37 mph) is rather slow compared to other entries in the light electric motorcycle class. The Vision AMBY’s lightweight design has it more closely competing with small electric trail bikes like a Sur Ron Light Bee, albeit BMW’s presumably street-legal design would offer a significant advantage over those other off-road-only alternatives.

The BMW Motorrad Vision AMBY takes us into new territory. For us, the focus is on user behaviour – the question is: how will customers want to get around in the future? What will they expect their vehicle to be capable of? This was precisely the starting point of our deliberations. Our aim was to develop an extremely emotional vehicle for smart mobility in and around the city that offered maximum freedom. The BMW Motorrad Vision AMBY really does enable our customers to experience urban life in a whole new way, cover distances more flexibly and “break free” of the city from time to time, too. At the same time, BMW Motorrad is consistently pursuing its electromobility strategy for urban conurbations. It’s a fascinating introduction to the world of BMW Motorrad that also promises maximum riding pleasure.

News that deliveries commenced for the company’s fat tire Volcon Grunt electric motorcycle brought in massive views from around the world. Perhaps that’s why Volcon is in the process of opening up a string of national and international dealers.

Its electric motor enables quiet operation and the ability to slip through nature without disturbing the environment.

For those that care less about the green aspect, the bike also requires almost zero maintenance, doesn’t leak oil all over your garage or barn, is easier to operate, and offers powerful low-end torque that only electric motorcycles can achieve.

The company opened local production facilities in Texas and is also working on developing multiple four-wheeled UTVs and a smaller electric motorcycle known as the Runt.

Volcon also celebrated its IPO earlier this year, with the stock climbing quickly before entering more of a rollercoaster trajectory not uncommon for new listings, especially in such a volatile market.

ALYI finally releases video showing its new electric motorcycle, and it looks nothing like expected

Okay folks, this is a weird one.

A startup known as ALYI has been spamming press releases about its upcoming electric motorcycles for several years now.

I’ve got a digital stack of several dozens of them. Every time someone sneezes at ALYI, I get a press release.

The only problem is that for all the trivial announcements the company was sending out, they weren’t making any bikes.

Until one day in March, that is, when they finally showed off a prototype of their first electric motorcycle.

The company had claimed nearly three years earlier that the bike would be based off the legendary BMW R71, just like the one seen in the classic Steve McQeen film The Great Escape.

The only problem is that the bike they rolled out didn’t quite mimic the inspiration. They even hyped the hell out of the big reveal; I got five different press releases alone ahead of the event.

Take a look below, and see what so many other people tuned in to scratch their heads at this year.

Kawasaki confirms it will launch three electric motorcycles next year

When Kawasaki announced that it would reveal three electric motorcycles next year, it must have really touched a nerve in the industry. Few pledges have brought in this much attention (and there have been plenty of e-moto promises to go around).

Part of the excitement might have been due to the fact that Kawasaki hasn’t launched any electric motorcycles yet.

Sure, it has that prototype that has been hanging around the R&D department for years, but the company hasn’t seemed overly excited about sharing any updates on that front.

Perhaps that’s because it knew all along that big things were coming soon and it didn’t want to spoil the surprise.

Kawasaki still has a bit of a leg up on the rest of the Big Four Japanese motorcycle manufactures, which in addition to Kawasaki include Honda, Yamaha, and Suzuki. Yamaha and Honda may have been playing with electric scooters for years now, but neither has made a commitment to bring a full-size electric motorcycle to market by as early as next year (or at all).

Suzuki has also gotten some saddle time with electric scooter projects, but doesn’t yet have a full-size electric motorcycle.

That means if Kawasaki can make good on its promise, the company could become the first Japanese motorcycle manufacturer to do more than talk about entering the electric motorcycle market.

What’s to come next year?

Those were the most-trafficked electric motorcycle stories from 2021.

We already know we’ll be seeing several new electric motorcycles for the first time, but it’s the ones we don’t even know about yet that excite me even more.

What are you looking forward to in 2022? Let us know in the comments section below!