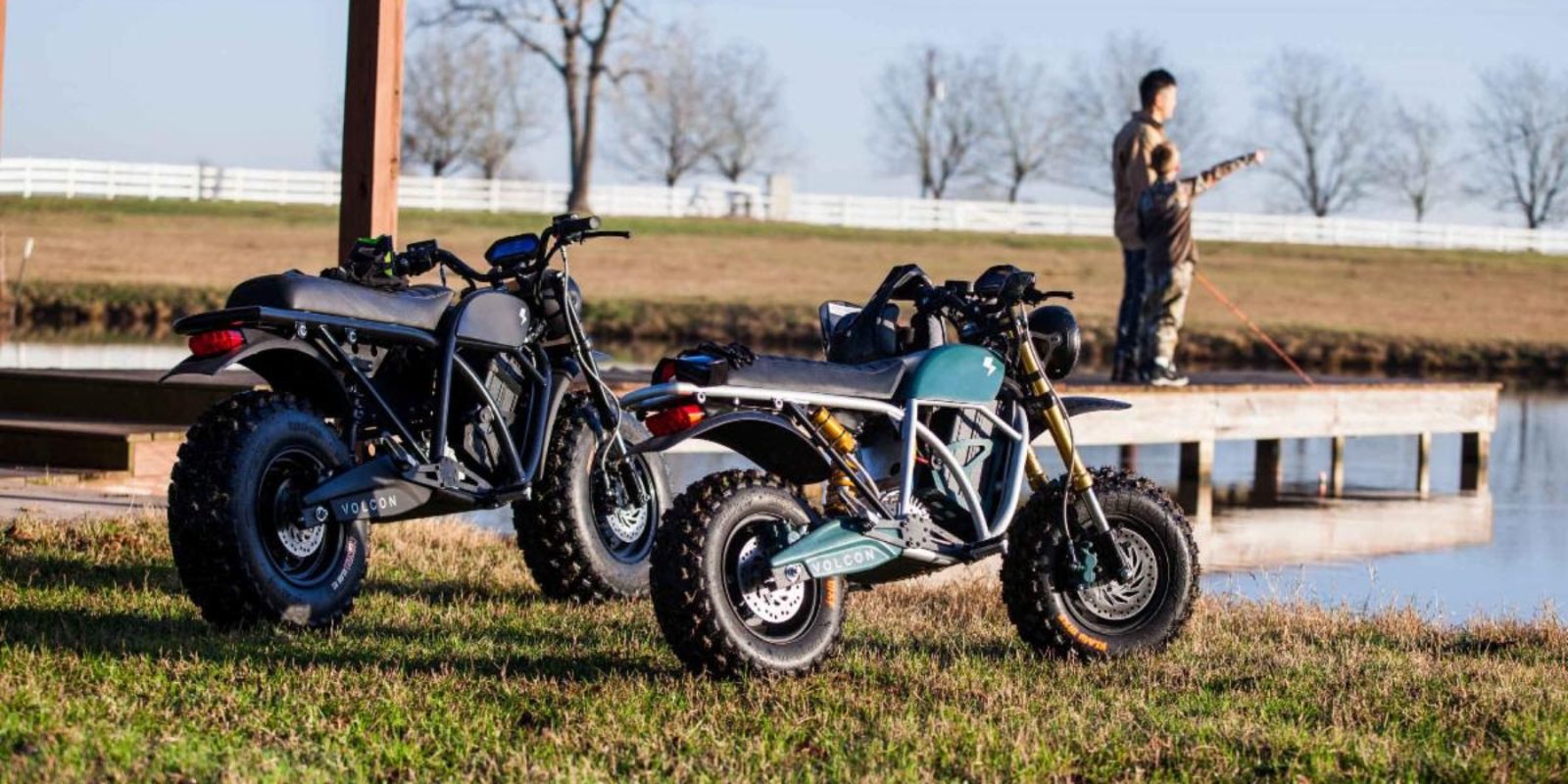 If you’ve already heard of Texas-based Volcon, it’s probably for the company’s epic-looking off-road electric motorcycle known as the Grunt. But now the company is unveiling a new scaled-down version for kids, which is adorably called the Runt.

The Runt definitely looks like a mini Grunt. It maintains the high-volume fat tires in smaller diameter, and also drops the power and speed.

That’s still going to be plenty fast for most kids, especially when ridden in its native off-road environment.

If 35 mph sounds a bit fast for your young ones, don’t fret. Volcon has included app-based parental controls that include remote monitoring, tip-over notifications, power limiting, and geo-fencing.

The geo-fencing option sounds like a good idea, because the Runt’s 35-mile (56 km) range means your kid might make it to the next county over before you realize it’s a little too quiet outside.

If your kid ever does manage to exhaust the 35-mile range battery, recharging is fairly quick at just two hours from a standard wall plug.

The Runt is beefier than it looks, tipping the scales at 180 lb (81 kg). Compared to some other electric rideables for kids, this one definitely isn’t a toy.

The motor puts out an impressive 60 Nm of torque, which would put a smile on the face of any kid I know.

There are also accessory seats and handlebars with different heights available to allow the Runt to grow along with kids.

And as Volcon CEO Andrew Leisner explained, the Runt is easy for kids to learn to operate:

With the addition of the Runt, the entire family can experience off-road powersports adventures through Volcon’s two and four-wheeled models. Plus, the no-clutch, single-speed electric powertrain is easier for young riders to learn and the new app-based controls will give parents the ability to monitor their children and increase performance of the Runt as they become more skilled riders.

Those four-wheelers that Andrew is talking about are some seriously aggressive looking UTVs that we can expect to see later this year.

Before then, Volcon plans to start production of the full-size Grunt this spring. The smaller Runt will be ready for deliveries in June. Young riders (or more likely their parents) can already place a $100 deposit toward the $2,995 price today.