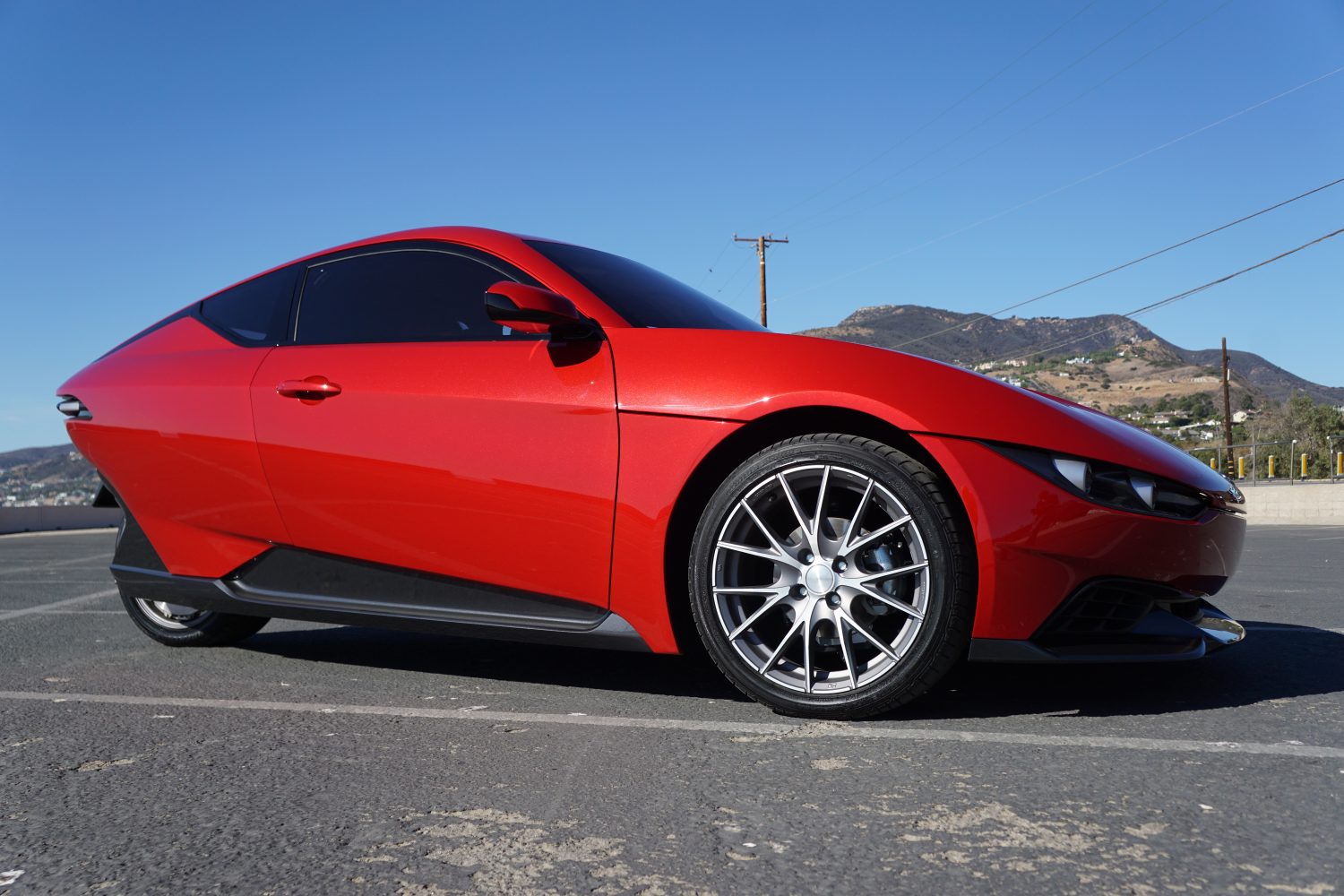 SONDORS, the company behind the impressively-priced $500 electric bike which had one of the most successful kickstarters ever, is now taking pre-orders for their three-wheeled, crowdsourced “Model SONDORS” electric car.  The pre-order reservations, which cost just $100, are available on their website and will secure your place in line to get one of the early cars.  The fee is fully refundable, minus a $3.30 transaction fee, and if you choose to buy the car when it is eventually available, your $100 will be applied to the price of the car upon making your order.

The car is intended to start at just $10,000 and have options for 75, 150, and 200 mile range battery packs.  It will have three seats, quick electric performance with a 0-60 of 5-8 seconds (presumably depending on battery pack), and be sold online with direct customer delivery.  Sondors is targeting 2019 to start delivering vehicles, assuming fundraising goals are met on time.

These $100 reservations are not held in escrow or a trust, but in a “segregated account” with money from other customers.  They are fully refundable at any time, and will not be used for operations (unlike Tesla reservations, which are used as operating cash for the company).

SONDORS is still taking investment for their crowdfunding campaign, and you can see more information about the campaign over on StartEngine or their full SEC filing.  The investments are regulated through the Obama-era Jumpstart Our Business Startups (“JOBS”) Act so you don’t need to be a “qualified investor” with millions of dollars in assets, and investments can be as small as $487.56.  The fundraising round will close at the end of January.

Like I mentioned in my post about SONDORS’ debut at the LA Auto Show, this is an impressive little prototype, though of course there are issues.  It has three wheels which many will find weird, though I think it still looks quite good for a three-wheeler and hides that “weirdness” quite well.  Safety may be a concern, because the whole point of three-wheeled cars is so they don’t have to follow all the same regulations as a normal passenger car, but SONDORS states they will not skimp on safety and their “intent is to meet and exceed automotive safety standards” and it will have airbags, traction control etc.  There are many other companies which have tried to make three-wheeled EVs before and been unsuccessful, or who are currently trying to enter that market at various stages of development.

So far, Arcimoto seems the furthest along, and we had quite a bit of fun driving their open, three-wheeled EV both at CES and the LA Auto Show.  They are just now getting delivered to early customers, which is an impressive feat considering the fate of many other three-wheeled EV startups.

We had a chance to drive SONDORS prototype a couple weeks ago in Malibu – or we would have had a chance, until we got there and it was broken down.  Apparently a previous driver had accidentally flipped an emergency cutoff switch and nobody could figure out what was wrong.  Whoops.  But that sort of thing does happen with prototypes, as we saw today with Tesla’s next-gen Roadster being stranded on a street in Malibu.  Hmm, I’m sensing a pattern here…maybe next time we’ll have to schedule the drive somewhere other than Malibu.

So instead we just got to sit in it.  For a tiny three-wheeler, the Model SONDORS was surprisingly roomy.  Most similar cars have one seat, or two in tandem, but the SONDORS has three seats and I actually felt reasonably comfortable in the back seat, which had lots of shoulder room though not a ton of knee room.  Probably not for a roadtrip or anything, but putting a kid back there on the way to school or something would work.  We also got to take a ride on one of SONDORS’ electric fat tire bikes on the beach for a bit, which was fun.

We’ll have more on how it is to drive the Model SONDORS prototype soon, so stay tuned.