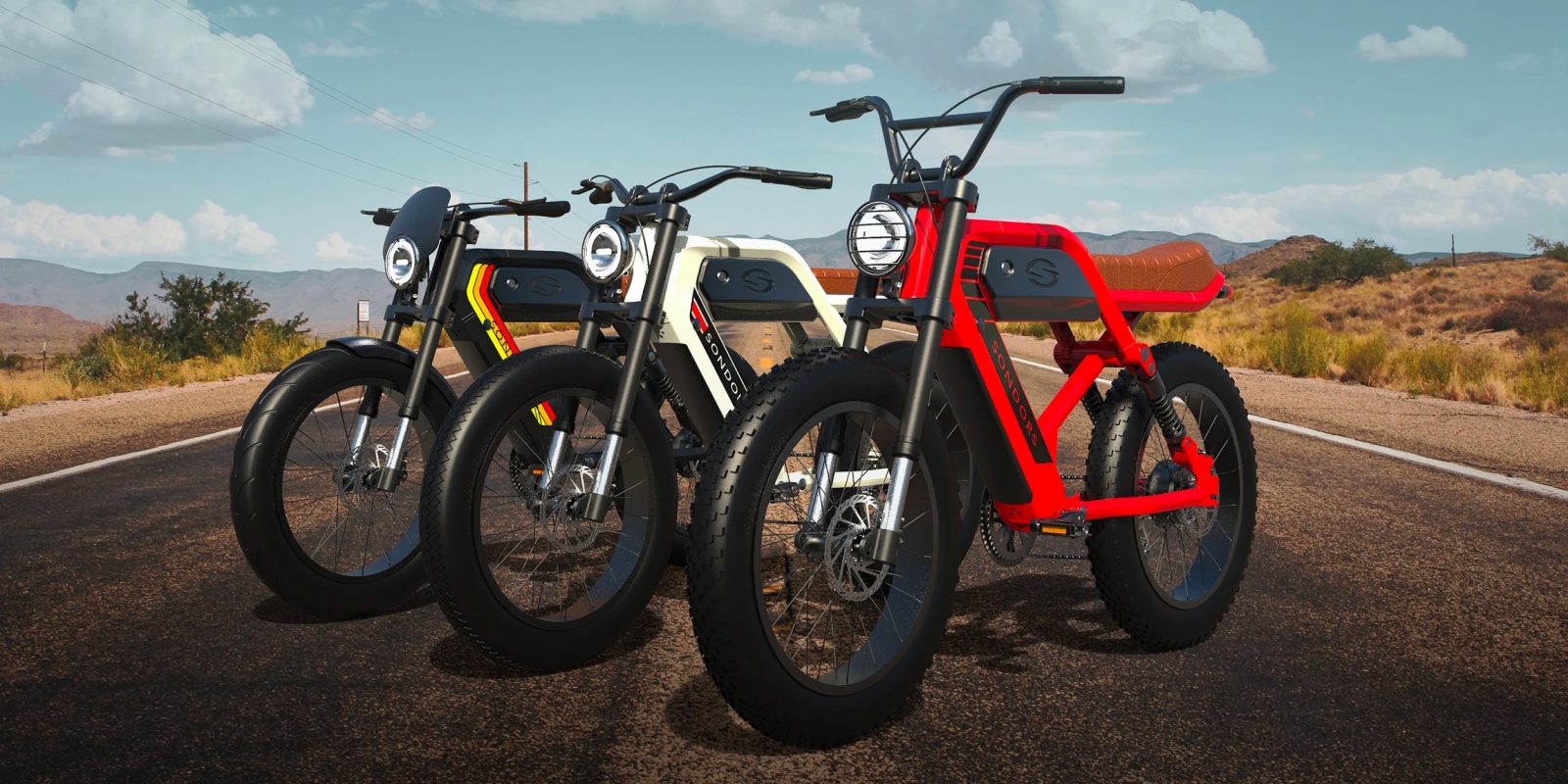 In case you thought you’d seen all the Super73-style electric bikes and mopeds out there, think again. Electric bicycle manufacturer SONDORS has just unveiled its own line of new electric mopeds known as the SONDORS MadMods. And you can now get $50 off one of the new e-mopeds (or any e-bike from SONDORS, for that matter) by getting a personalized coupon code.

The announcement, which follows on the heels of a slew of other new SONDORS e-bikes, was made quietly this morning in a message to SONDORS’ email list.

The company announced the new Sondors MadMods lineup and revealed the early specifications for the electric mopeds.

Sporting mini-bike and scrambler styling reminiscent of many 1980s mopeds, the SONDORS MadMod e-bikes will feature full suspension frames with a telescopic fork up front and dual rear coilover shocks in the rear. The style is somewhat reminiscent of the Super73 R-Series electric bikes unveiled earlier this year, albeit with two rear shocks instead of one.

Oh yeah, and for half the price of those bikes.

The SONDORS MadMod lineup will apparently start at just $1,499, of which a $299 deposit will hold your place in line for the estimated March 2021 release. That fits with SONDORS‘ past launches, which have usually come with incredible prices.

However, SONDORS seems to be going with an interesting size of 24″ diameter wheels. Most electric mopeds have opted for smaller 4″x20″ wheels, leaving larger 4″x26″ wheels for plus-size fat-tire e-bikes. SONDORS seems to be splitting the difference with a less common 24″ wheel diameter.

Another interest addition to the SONDORS MadMods is a high capacity 48V and 21Ah battery pack. Very few electric bicycles offer battery packs this large. Sondors hasn’t released a range estimate yet, but that large 1 kWh battery pack is sure to result in extended riding times.

SONDORS will also be adding a number of customization options as well, as the company described in a message to its followers:

The motorcycle-style seat and large front headlight certainly give the bike that old-school moped feel, and the $1,499 price is sure to help the SONDORS MadMods compete against similarly styled Scrambler e-bikes.

But for now all we have are computer renders and an estimated shipping date next year. Let’s see if SONDORS can deliver on these promises.

If so, more established electric minibikes, such as the Juiced HyperScrambler 2 below, may have something to worry about.