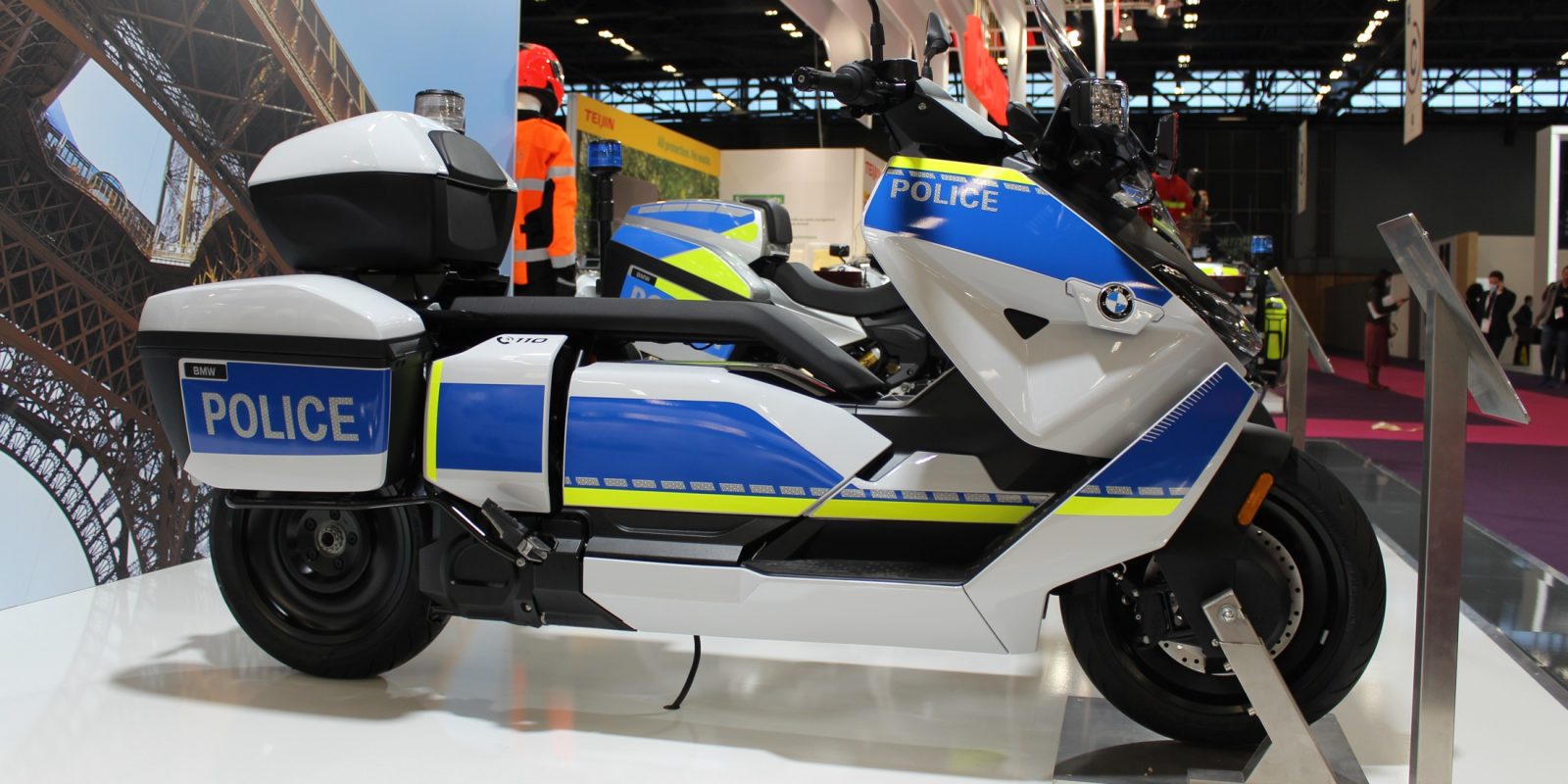 The BMW CE 04 was first unveiled as a civilian model, but has now gotten the police cruiser treatment to enable its use by law enforcement agencies.

BMW showed off the new police version of the CE 04 electric scooter for the first time, where it is on display today at the Paris Milipol trade show.

The police version of the scooter is upgraded with flashing LED lights surrounding the scooter, tactical case, police siren and controls to operate the lighting and siren systems.

The rest of the scooter remains the same as the civilian CE 04 production model, unveiled earlier this summer.

Based on a futuristic concept scooter displayed by BMW in late 2020, the production version of the CE 04 actually retained most of the eye-catching designs and features of the original concept vehicle.

The scooter offers quick acceleration, reaching a speed of 50 km/h (31 mph) in 2.6 seconds. That should help civilians pull away quickly from traffic lights and cops catch up to them just as quickly.

Even considering the continuous motor rating of 15 kW (20 hp), the CE 04 is still much more powerful than other full-size urban electric scooters on the market.

Electric scooters and motorcycles have proven increasingly popular for police departments around the world.

Zero’s electric motorcycles are used by many police departments in the US, and we even reported on a humorous case of an electric Zero police motorcycle pulling over a Tesla in what the officer called “the quietest police pursuit ever.”

Electric motorcycles are also seeing more military use as well, including a recent example of UBCO’s electric trail bikes being drafted into the New Zealand military.