The Los Angeles Police Department is no stranger to incorporating electric vehicles into their motor pool. Back in 2015, they made a big deal out of announcing that they were using a Tesla Model S and leasing 100 additional battery electric vehicles (BEVs), mostly BMW i3s. They also announced that they had purchased 23 electric scooters and 3 electric motorcycles. And that was in addition to the Zero electric motorcycles already in the LAPD inventory which can travel 178 miles (286 km) and at speeds up to 98 mph (158 km/h).

Now the LAPD is making the jump to electric drive for the bicycle-mounted officers too, with a purchase of 20 tactical electric bicycles.

Like most police departments, the LAPD uses a variety of different types of patrol vehicles that are each suited to unique circumstances, from traditional police cruisers, trucks and SUVs to motorcycles and even horses.

But electric bicycles have a number of unique advantages not found in other forms of transportation.

According to LAPD Chief Charlie Beck:

E-bikes are the future of bicycling in my opinion, especially in an urban environment. You can cover long distances at a good speed and get as much workout as you want. They also work great in pedestrian environments, crowded environments like Venice Beach or Hollywood Boulevard – all of the places that we use regular bicycles now.

“Good speed” is a bit of an understatement. These aren’t your normal boardwalk e-bikes. The LAPD’s new e-bike fleet can sustain speeds of 28 mph (45 km/h) with varying levels of pedal assist – a speed that only a few other e-bikes available to the public can match.

In crowded LA environments, that’s fast enough to overtake cars on many streets. 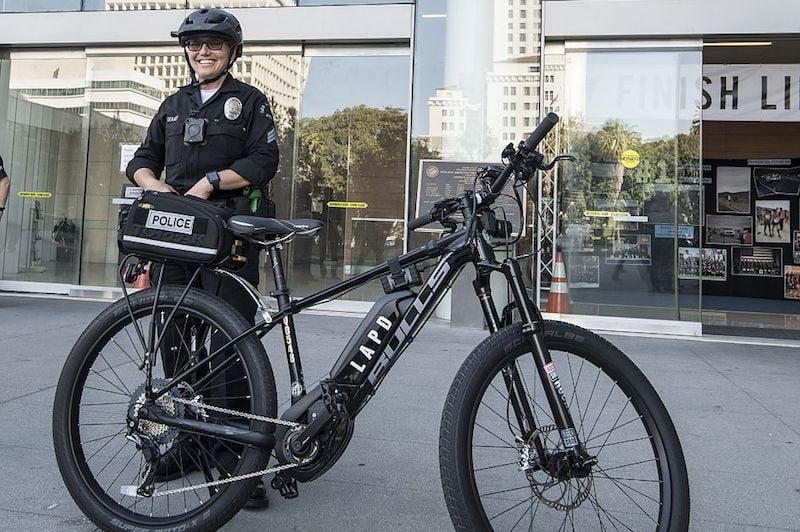 The e-bikes were reportedly purchased from Bulls USA, a retailer that the LAPD spent months working with to customize the e-bikes. The patrol bikes are built on a mountain bike frame for extra strength, but have street tires and cargo racks to optimize them for urban riding.

A Bosch mid-drive motor and 500 Wh swappable battery pack provide power for the e-bikes, which will be marketed to civillians under the “Sentinel” model name. 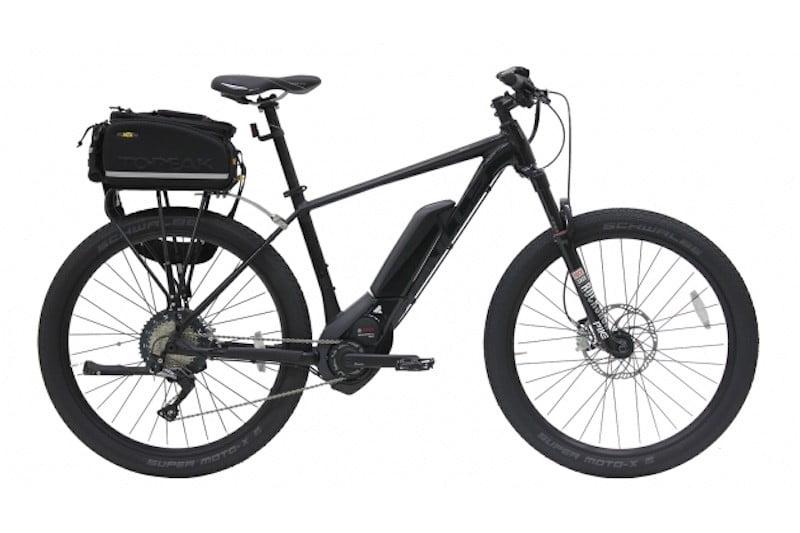 The LAPD’s new fleet consists of 20 electric bicycles, which actually makes it the largest police e-bike fleet in the country.

The LAPD already has hundreds of regular bicycles in their fleet, but the e-bikes offer a substantial upgrade to the officers.

According to Fernando Endai, a representative of Bosch eBike Systems:

It’s great for police use because it allows you to get there faster than with a regular bike and when you get there you’re not as exhausted. 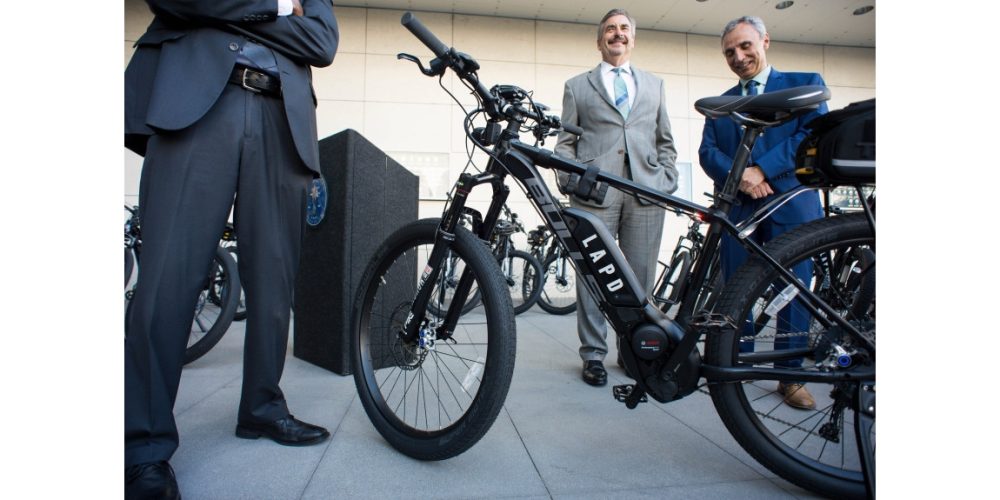 The LAPD expects to begin patrolling on their new e-bikes next week. So make sure you check your mirrors twice from now on, because that electric bicycle coming up on you may just be a cop pulling you over.

It’s great to see any public agency taking the initiative to use electric vehicles, especially one that gets as much street time as the LAPD. It signals confidence in the vehicles and also demonstrates their use under circumstances that are harsher than average. Plus they can save taxpayer money over time, especially when used to offset other more expensive patrol methods.

Electric bicycles should also help get more officers out on patrol in areas where cars and motorcycles can’t access as easily, such as public parks and beaches.

Plus, officers on bicycles just seem more approachable to the public, which is always a good thing but is especially important with the recent wave of tension between police and minority populations. Communication is always a good thing and bike cops always just look more friendly than motorcycle or cruiser cops.

Let’s just hope that the electric bike program is a success and the bikes actually get used, unlike the BMW i3s which apparently have been barely used by the LAPD as of January of this year.