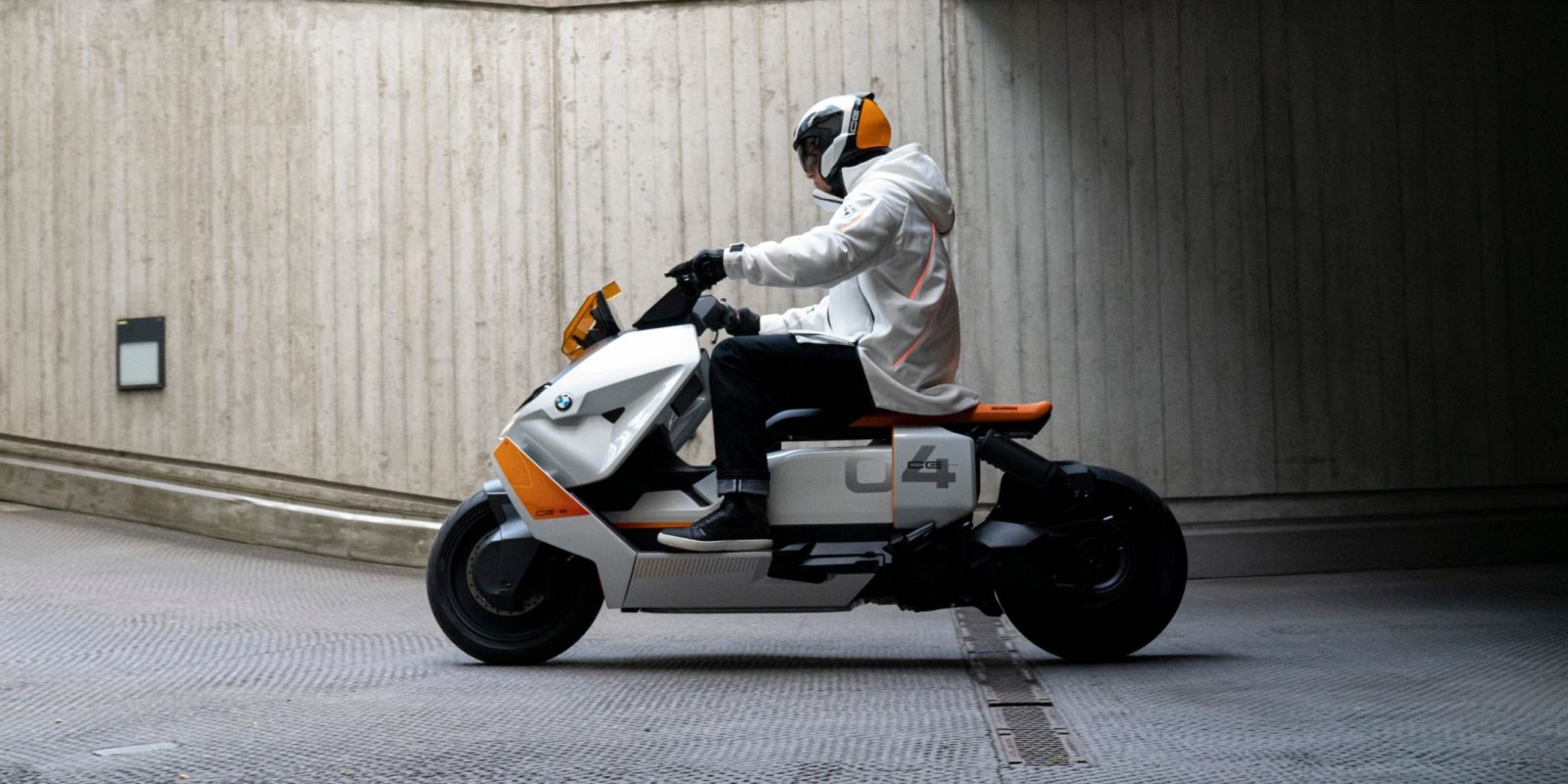 BMW has a new electric scooter concept that is apparently headed for series production… at some point. But until then, we can all gawk at the BMW Motorrad Definition CE 04 prototype in all its glory.

We’ve been watching BMW make progress on the electric scooter for a few years now.

The company has dripped a string of interesting patents for far out electric scooters.

And it’s about time, as BMW’s 80 mph (130 km/h) C Evolution electric scooter first unveiled in 2013 is starting to show its age. The company was once a leader in the electric scooter space but has taken some stumbles more recently. Let’s not even talk about their weak sauce attempt at a standing electric scooter.

But all could be forgiven in the electric scooter world if BMW can make good on its latest model, the Motorrad Definition CE 04.

While it obviously draws on shared design heritage with the original BMW C Evolution electric scooter, it also makes some bold new departures.

The body panels reveal much of the inner workings of the scooter, which was apparently a conscious decision by the team in Munich intended to better connect riders to the technological and industrial side of the scooter. Whether or not it will help draw the same passion that BMW Motorrad riders have felt for their gas engines remains to be seen.

There’s also an illuminated storage area that opens from the side and can store a rider’s helmet or other gear.

Battery specs for the scooter aren’t available yet, but the original BMW C Evolution used a battery module from the BMW i3, so we could end up seeing a similar BMW automotive battery module requisitioned for scooter use here, too.

Instead of giving us tech specs, BMW is focusing on the design and connectivity of the scooter concept. Apparently, the Motorrad Definition CE 04 has been developed with communication in mind. Edgar Heinrich, Head of Design BMW Motorrad, explained that the e-scooter is “The logical continuation of the electromobility strategy for urban conurbations and provides a concrete preview of what a contemporary production vehicle could look like.”

We do know that the CE 04 sports a 10.25″ touchscreen, which is the largest yet on an electric scooter. We can also see from the press photos that there is a navigation system built into the screen — something that many major flagship electric motorcycles still don’t offer.

We don’t know what the future of the CE 04 is yet, but BMW seems pretty set on bringing the scooter to production in some form. So this likely isn’t the last we’ve seen of the futuristic scooter.

What do you think of the BMW Motorrad Definition CE 04? Let’s hear your thoughts in the comment section below.