The most common uses for electric bicycles are for recreation and commuting. But that doesn’t mean that e-bikes haven’t found favor in other fields as well. They are becoming increasingly useful for various utility and commercial off-road uses.

And in what may be a first anywhere in the world, electric bicycles are getting drafted into the army – the Norwegian Army that is.

And as any European country sharing a land border with Russia can attest to, it can be a bit… contentious.

Guarding that border against illegal crossings has been the responsibility of soldiers stationed at the Garrison of Sør-Varanger, or GSV. These Norwegian border guard soldiers normally patrol the rugged border with six-wheeled military vehicles in the summer and snowmobiles in the winter.

However, both of those options use loud, gas powered engines that defeat the purpose of a silent patrol, not to mention also being detrimental to the local flora and fauna.

Now the the GSV is testing out electric bicycles as alternative vehicles for patrolling the border, as first reported by The Barents Observer.

According to Lieutenant Colonel Jørn Qviller, commander of the Garrison:

“We are testing the bicycles’ technical characteristics and how they fit to our border guards concept. We have long distances to patrol. Such means of transport can cover large areas and move quickly.”

In addition to being easier on the local environment, the electric bicycles will provide many tactical advantages for the soldiers. 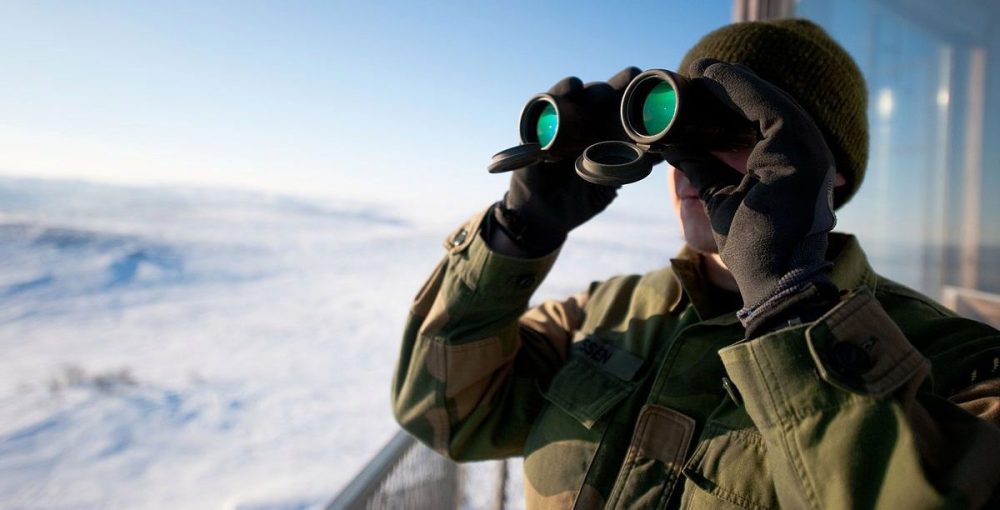 Until now, it has been easy for border intruders to detect the GSV’s vehicles from a distance, but the electric bicycles are now allowing them to approach targets much more stealthily.

“They make substantially less noise and our experiences are that both people and animals get very surprised when we suddenly approach them in the border areas.”

Part of the training that the GSV soldiers are receiving includes the proper care and maintenance of the electric bicycles, which will be especially important when used in such wet and cold conditions. 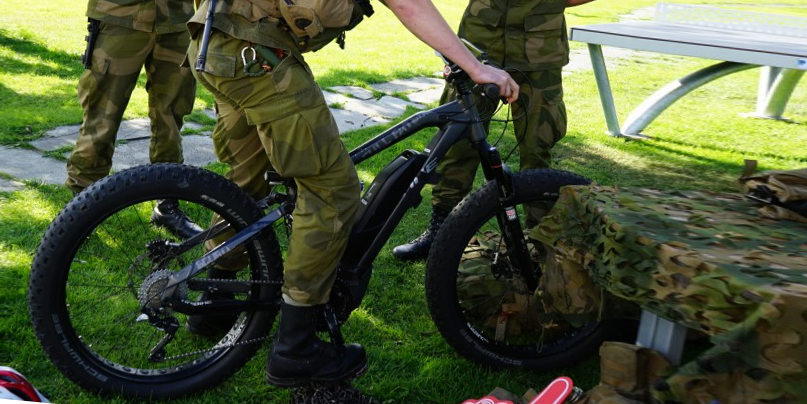 The e-bikes certainly can’t entirely replace the gas-powered vehicles that the GSV has relied upon until now, but they appear to be supplementing the original fleet well.

According to the LTC:

“This will not be a vehicle we could use for the entire border guard job. We believe the operational benefits are significant, but just as one of many tools we should have in the future.”

Frankly, I’m surprised we haven’t witnessed more electric bicycles used for military applications before this. The US Army is apparently considering the options for electric tanks while at the same time Russia is flirting with electric motorcycles for military use, but no word yet elsewhere on e-bikes for defense purposes.

I don’t expect that we’ll be seeing e-bike calvary units riding into battle anytime soon, but for transport over rugged terrain like this they can be excellent, inexpensive options that even provide some tactical advantages.

Back when I served in the IDF, I used to ride my e-bike to base all the time. It was a great way to arrive faster and save my legs. Though I’m sure the GSV has now discovered what I learned quickly, which is that it’s very important to keep your rifle barrel out of the spokes!