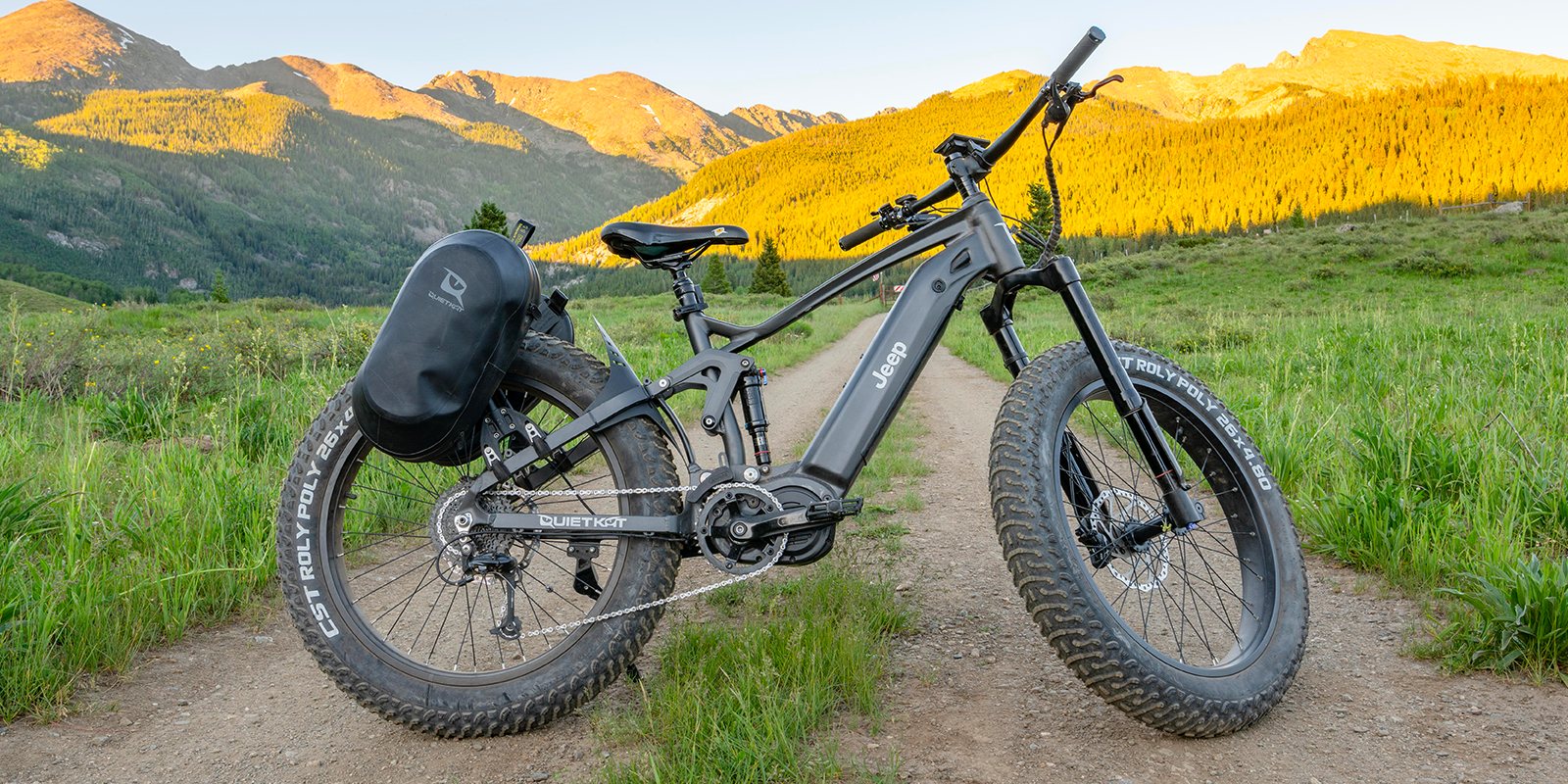 What has 1,500 peak watts and can climb mountain trails like a billy goat? Jeep’s new e-bike, apparently. And now Jeep and its partners are sharing new updates about the powerful new off-road, fat-tire electric bicycle.

Car companies have been jumping on the e-bike bandwagon left and right over the past few years.

And now that e-bike sales are skyrocketing, electric two-wheelers are more lucrative to automotive companies than ever.

So it wasn’t a huge shock when Jeep decided to add a rugged off-road e-bike to complement the brand’s off-road four-wheeled vehicles.

The bigger surprise was how much power Jeep had incorporated into the fat tire e-bike. While other car companies have stuck with cute little 250W hub motors, Jeep went in a different direction by adopting a 750W continuous-rated and 1,500W peak-rated mid-drive motor known as the Bafang Ultra.

Through a partnership with the e-bike company QuietKat, earlier this year Jeep launched its new off-road full-suspension electric bicycle with a powerful motor.

The bikes went on sale in March at a whopping $5,899. Compared to other popular fat tire e-bikes like the $1,499 RadRover from Rad Power Bikes or the even lower-priced $899 Lectric XP e-bike, that’s a pretty steep price. But Jeep apparently sold enough of the bikes to move forward with the project, as the company has now announced that shipping of the first models will begin within a week.

To celebrate the upcoming shipping, QuietKat has also shared some new videos showing the Jeep e-bike in action.

In the video below, the team took the Jeep e-bike up some very steep mountain roads to show off its powerful climbing ability.

With 160 Nm (118 ft-lb) of torque, that Bafang Ultra motor makes quick work of nearly any trail. In fact, I’ve experienced the incredible climbing power of that motor myself. Last year I visited the Chinese factory where the Jeep e-bike is produced and had the opportunity to ride a similar e-bike up a downhill e-bike course. The owners of the bike park had said that previously only dirt bikes like the electric Sur Ron had managed to climb the trail backwards, and that the Bafang Ultra-powered e-bikes we rode were the first bicycles to ever perform the feat.

So suffice it to say that while pricey, the Jeep e-bike is loaded with one of the most powerful mid-drive motors available on a retail e-bike.

And when you add in the high-end RockShox suspension, 4-piston hydraulic disc brakes, the 10-speed transmission, and the rest of the high-end components, it’s safe to say that those early adopters are in for quite a thrilling ride when the Jeep e-bikes start shipping soon.