Electric cargo bikes are 60% faster at deliveries than delivery vans. Here’s why 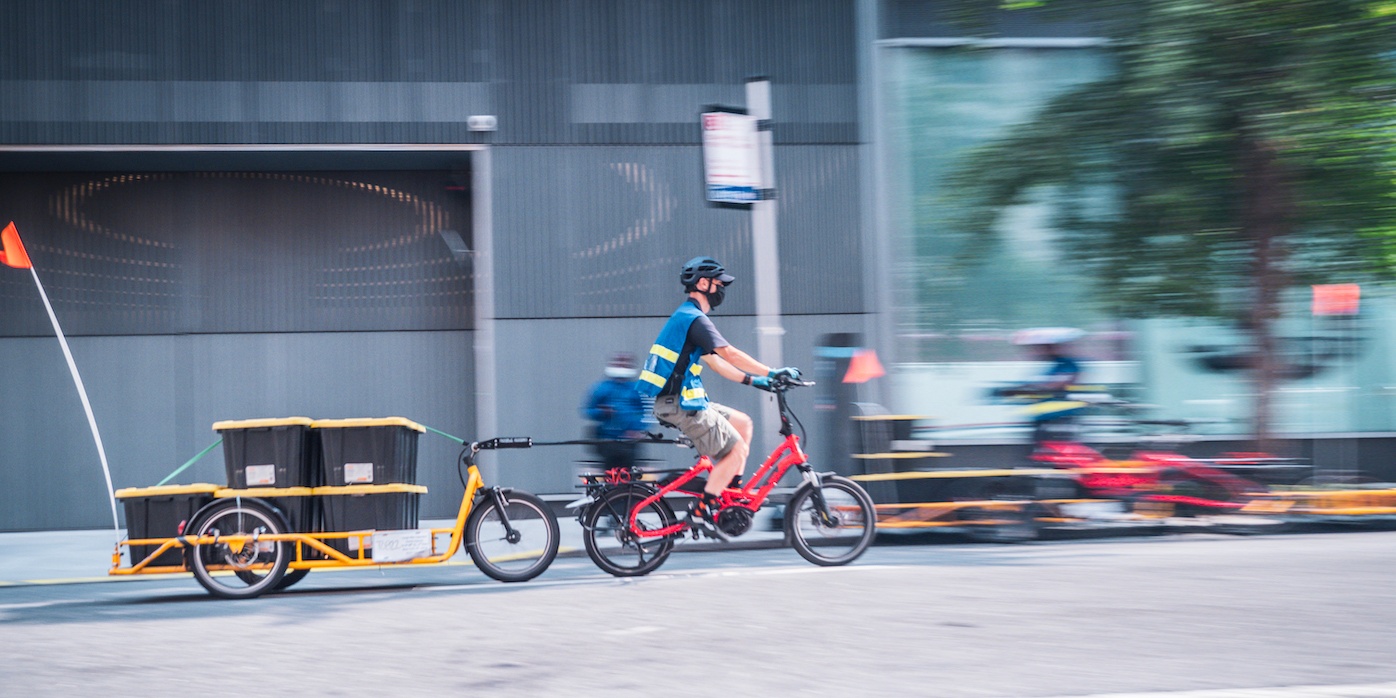 The trusty delivery van may be the most common form of last mile delivery in cities around the world, but its position atop the throne is now being challenged by an unlikely competitor: the humble electric cargo bicycle.

While delivery vans may be capable of carrying more packages, they are much less efficient at actually making deliveries.

The study found that electric cargo bikes were capable of making 10 deliveries per hour on average in urban areas, while delivery vans recorded just 6 deliveries in the same period.

The major factor was the increased average speed of delivery e-bikes. They were able to utilize bicycle lanes and thus avoid getting bogged down in traffic. Larger delivery vans don’t have the same luxury, ultimately spending much more time waiting in traffic.

While electric delivery vans are slowly becoming more commonplace, they still can’t compete with cargo e-bikes on efficiency or emissions.

They’re a huge improvement over fossil fuel-powered vans, but they use more energy to make deliveries and they get bogged down in traffic just the same.

The speed and efficiency advantages of electric cargo bikes have been exploited by a number of industries.

Third party logistics companies such as UPS, FedEx and DHL have employed cargo e-bikes to increase the speed and efficiency of package deliveries in urban areas.

Hospitals have used cargo e-bikes as mini-ambulances to more quickly deliver EMTs and their life-saving first aid to emergency sites.

And cargo e-bikes are even being used by entrepreneurs to operate food trucks and ice-cream vans on smaller, cheaper and more sustainable platforms.

I file this one in the ‘duh’ category.

Cargo e-bikes simply make so much sense. I’ve always had a thing for e-bikes that can carry more than one person, and cargo e-bikes combine that shared fun factor with extreme utility for carrying cargo/groceries/supplies/deliveries/etc.

They have the ability to replace so many types of vehicles.

Think you need a minivan to move apartments? I’ve done it on a cargo e-bike.

Think you need a truck to make a lumber run to your local home improvement store? I’ve done it on a cargo e-bike.

Think you need an SUV to haul all the kids to school? I’ve done it on a cargo e-bike.

Think you need a van to pick up a new bike? Mikey’s done it on a cargo e-bike.

There’s just so much utility to be had with a cargo electric bike. What’s not to like?!