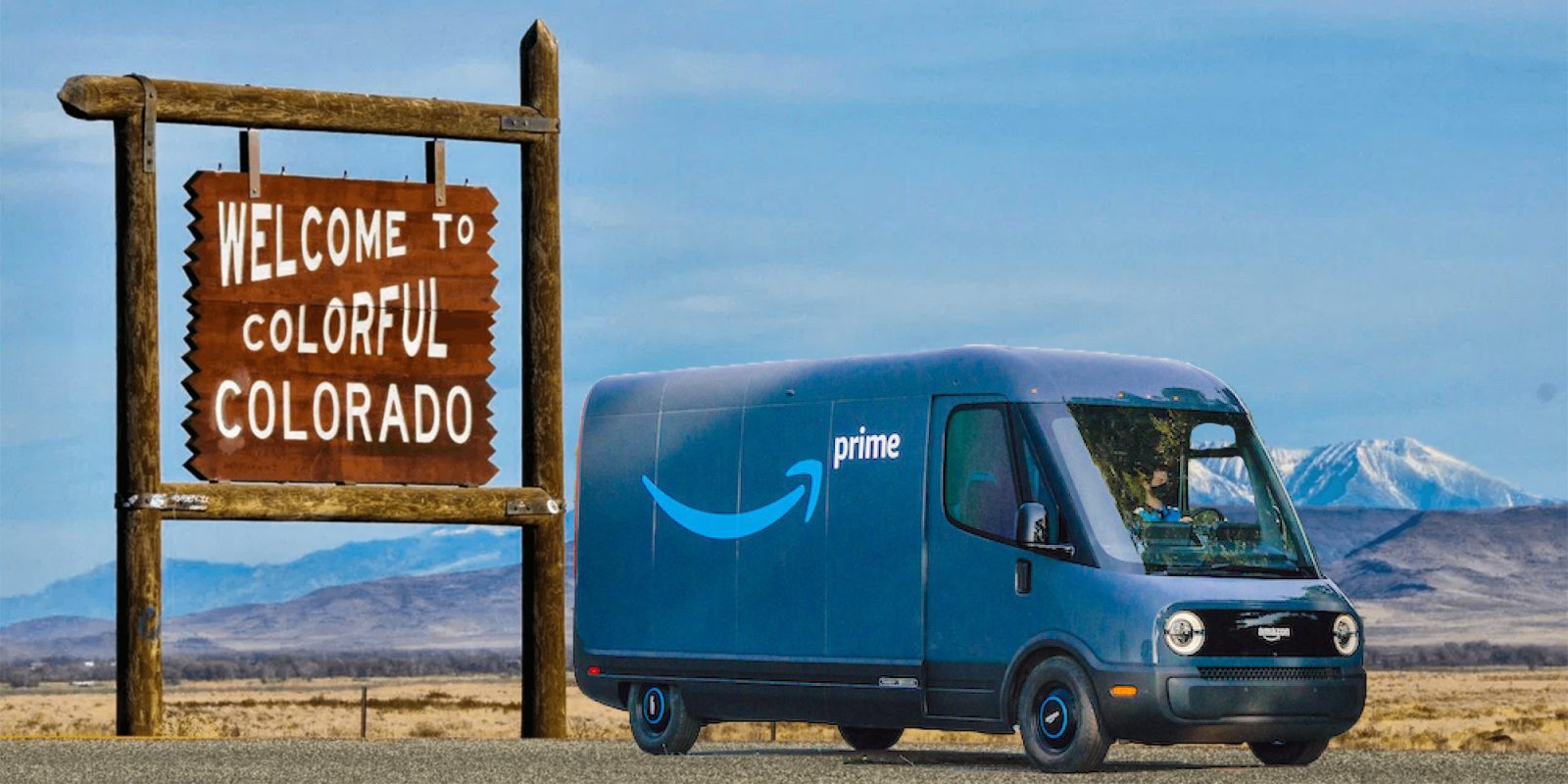 The Denver metro area of Colorado is the next major city to see Amazon packages delivered by Rivian electric vans. The vans were spotted this past week across Denver and its surrounding cities, such as Boulder and Aurora. The capital of Colorado remains one of 16 cities currently planned for a rollout of Rivian vans by Amazon.

Last December, we first reported that newcomer and EV automaker Rivian had signed on to produce 100,000 electric vans for Amazon, following a $700 million investment. We got our first glimpses of the vans a month later.

Soon, California residents began noticing these van prototypes cruising around Irvine, which we reported. Jump ahead to this past February, when the Rivian vans officially began making Amazon deliveries in Los Angeles. This became the first of several cities planned to receive electrified vans, all near major Amazon distribution centers.

The next city to spot the Rivian vans was San Francisco, just last month. Amazon chose San Francisco as its second city because it wanted to put its vans to the test on the city’s steep hills and in its variable climate. It now appears that Denver is officially the third major city to see Amazon deliveries using the vans produced by Rivian.

According to an article by The Colorado Sun, Rivian electric vans began their first Amazon deliveries this week in the Denver metropolitan area. The Denver area routes were chosen specifically to test different climates before the program expands to other US cities. Denver is a logical choice for arduous climate conditions, as it sits at an elevation one mile above sea level. In an official statement, director of Amazon’s Global Fleet and Products, Ross Rachey, said:

From what we’ve seen, this is one of the fastest modern commercial electrification programs, and we’re incredibly proud of that. As we continue to grow and invest in Colorado, we want to do so responsibly, so we’re excited for customers to see these vehicles cruising through their neighborhood.

Colorado is a wise city to start implementing Amazon vans from Rivian; aside from the climate and elevation, the automaker already has a lot of fans in the state. Last month, the company announced its “Rivian Adventure Network,” beginning with two chargers at each of Colorado’s 42 state parks. The first stations are expected to be installed in July.

Nikki Wheeler, an Amazon spokesperson, explained that due to the 150-mile range, deliveries with the electric vans will be limited to Denver, Boulder, Aurora, and Thornton to start. She followed up by saying, “The range we’re sharing is what we have seen based on current testing.”

Rivian is still looking to deliver over double that range on its flagship consumer EVs, the R1T pickup and R1S SUV, this summer. Check back with our Rivian guide for the latest news surrounding Amazon and its own electrified vehicles.

Amazon continues to implement its electric vans from Rivian further East, with plans to have at least 10,000 operational by next year. The rolling out in Colorado makes for an early proving ground for the EVs due to its vastly different seasons and high elevation.

The first tests in congested metropolitan areas like Los Angeles and San Francisco have proven successful thus far, so it would make sense to test these electric vans against the elements of The Centennial State. Although, they’re rolling out before summer instead of the snow-heavy Colorado winter.

Where these Amazon vans pop up next is anyone’s guess. We’ve asked for more details and will keep you posted if and when we hear back. A city like Seattle, the birthplace of Amazon, makes sense from a logistical standpoint.

However, if Amazon and Rivian are trying to test the elements of these vans before a complete US rollout, high heat would naturally be the next move. States like Nevada and Arizona would make a lot of sense due to their proximity to California and Colorado, but also for their extremely hot desert climates.