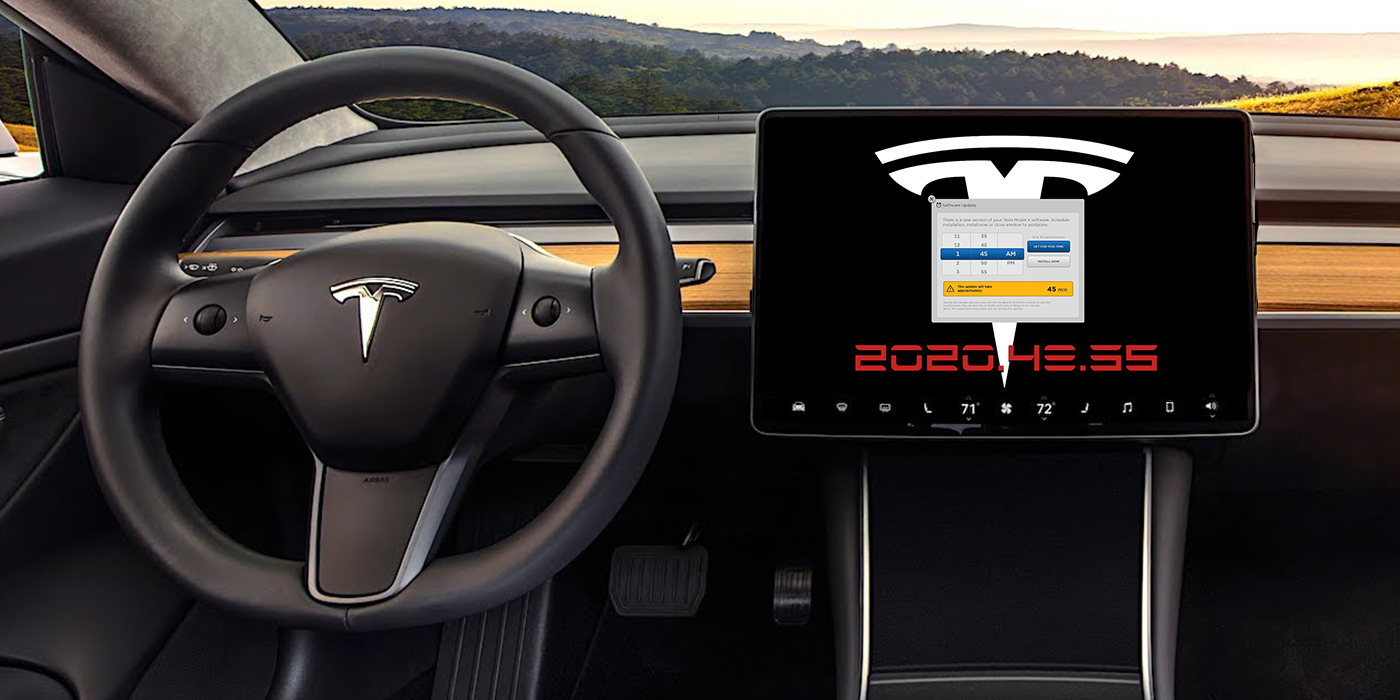 We are just a couple weeks removed from Tesla’s “lit” holiday update (2020.48.26) and now have further improvements to share. This past week, certain Tesla drivers began to report a new software update available for download. While these two updates are mostly bug fixes, there are some 2020.48.35 Tesla release notes to share to keep you informed. Let’s break it all down below.

Given Tesla’s track record (no pun intended) of upgrade occurrence, the new 2020.48.30 software update followed by 2020.48.35 is right on pace. The first update (.30) has spread to most of the world and all four Tesla models, although some features are currently only in China. The latest update (.35) offers expansions of the initially introduced features expanded to more Tesla vehicles, specifically the Model S and Model X.

Let’s start wide with the all-encompassing updates, then get granular into model specific changes.

All four current Tesla get an update to their navigation systems, albeit they are split two ways by model. The Tesla release notes for 2020.48.30 offer improvements to the navigation guidance through complicated highway junctions and city intersections. Note that these navigation updates are currently for China only.

If you drive a Model S or Model X, an image of the intersection with the highlighted lane guidance will now be displayed in the instrument cluster.

For Tesla’s Model 3 sedan or Model Y SUV, the image of the intersection and highlighted lane guidance is in the turn-by-turn instructions on the touchscreen.

Lastly – The latest version of Navigation maps must be downloaded before this new feature can be utilized.

No matter what Tesla model you drive, it may now warn you if it detects that you are about to run a stop sign or stop light while Autosteer is in use. It’s important to understand that this new feature will not stop the car for you. So you must remain attentive and responsive to ensure the safety of you and those around you (but you always do that, right?) Please note that this feature update is currently only available in Canada.

According to Tesla’s release notes for 2020.48.30, consecutive messages from a sender are displayed and dictated together. This offers a more cohesive viewing and listening experience while driving. To view text conversations, simply open the “Application Launcher,” tap “Call” then “Messages.”

If you drive a Model 3 or Model Y Tesla, you can now double press the right scroll wheel to easily dismiss an incoming message or re-record an outgoing text. Model 3 drivers may have already noticed this feature on their Tesla. It appears the rest of the fleet is joining the group text now.

Please note that you will not be able to send group messages. This is due to the limitations of Bluetooth support from your wireless device.. at least for now.

Digital audio workstation TRAX has seen a redesign in Tesla’s software update as well. You can now turn your EV into a music studio. You can quickly preview and mix sounds with a new drum machine and instrument selector, or use new tools and volume controls to reorder, loop, and mix tracks. All from within your Tesla. To access this feature, open the Application Launcher and tap “Toybox” then “TRAX” followed by “Let’s JAM.”

Speaking of turning your Tesla into a music studio, Tesla’s release notes for 2020.48.30 include added support for shuffling playlist tracks on QQ Music. For those not aware, QQ Music is a freemium music streaming service based out of China and is affiliated with Spotify. This service is currently only available in China, but we feel it’s important to note the update for Chinese Tesla owners now and potential future streamers worldwide.

Sentry Mode adds an extra level of protection to a given Tesla vehicle by continuously monitoring the environment around it when left unattended. With Tesla’s latest 2020.48.35 release notes, footage of the last panic event will now be saved to onboard memory.

Previously, Tesla owners had to have a formatted USB device inserted before Sentry Mode was enabled in order to view footage of previous events. Now you can view or save a given clip after the fact by plugging in a USB device, then launching the Dashcam viewer. From there, you can save the footage and easily take it straight to the proper authorities.

The following upgrade only applies to Tesla’s two most recent vehicles, the Model 3 and Model Y. Note that this feature has only rolled out in China so far, so stay tuned. That being said, if you are at any point driving over 31 mph (50 km/h) and have to stop forcefully, the brake lights will now quickly flash to warn other vehicles around you.

Furthermore, if you abruptly hit the brakes and your Tesla comes to a complete stop, the hazard warning lights will automatically flash. That is, until you press the accelerator or manually press the hazards button to turn them off.

Drivers of Tesla’s Model S or Model X can now unlatch and get moving quicker with the latest software update release notes.

When charging your Tesla, you can now press the small button to the left of the charge port inlet to unlatch the charge cable when your car is unlocked. This added feature can become especially useful when charging cables do not have a release button on the connector handle.

Previously, owners of these two veteran models could unlatch a charge cable by using the vehicle touchscreen, the Tesla app, the connector handle button, or by pressing and holding the rear trunk button on the key fob. These methods all still work – the button on the charge inlet simply adds one more tool to undock.

Another Tesla software update sure to arrive soon

As you probably know by now as a Tesla owner, these updates come every couple weeks and some are more exciting than others. The latest updates from the 2020.48.30 and 2020.48.35 Tesla release notes are not the most exciting, sure. However, they do provide important bug fixes a glimpse into features being tested in other countries like China and Canada.

Hopefully we will have more exciting Tesla software updates to report to you soon, but for now the goal is to relay any update of substance to the Tesla community so you all never miss a beat when it comes to updates large or small.

As always, keep it here on Electrek for detailed explanations of Tesla release notes whenever they hit the airwaves. Until then…