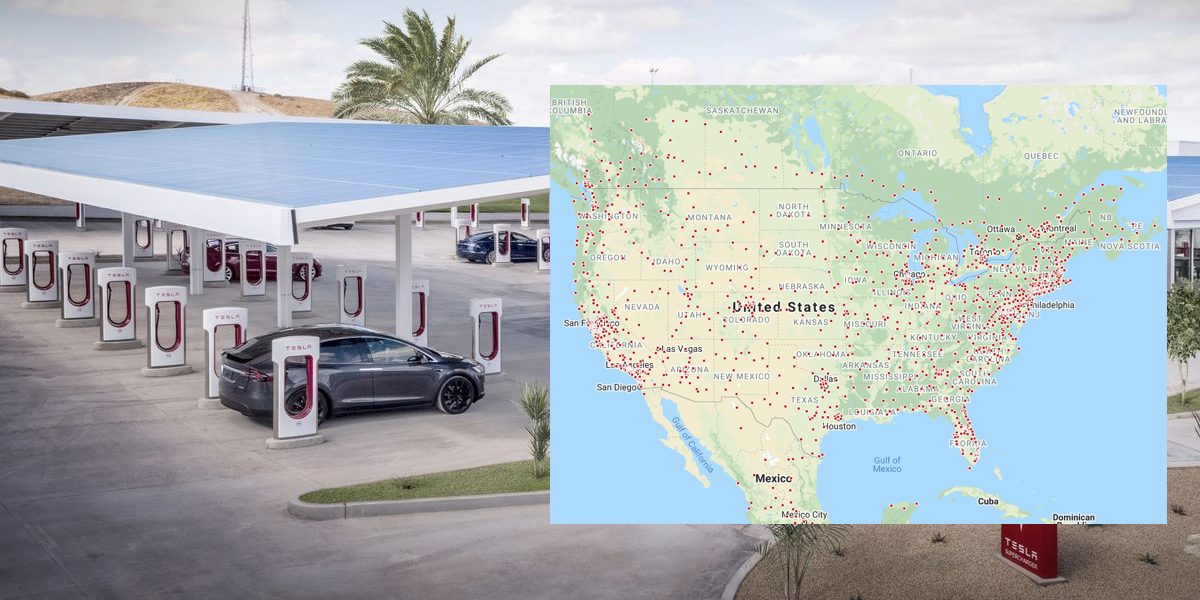 Tesla has released a new map of its upcoming Supercharger stations, adding many new planned stations to the network, removing others, and updating timelines in the process.

The Supercharger network is one of Tesla’s two charging networks along with the “Destination network.”

While the Destination network focuses on providing charging solutions at destinations, like hotels and restaurants, the Supercharger network enables long-distance driving with fast-charging stations positioned along major highways.

Many stations are also located in cities to enable EV ownership without charging at home.

With the release of Supercharger V3 in 2019, Tesla Superchargers can charge Tesla vehicles at up to 250 kW, which can add 1,000 miles per hour of charging.

However, the vehicles can only sustain that kind of power at lower states of charge, and most charging sessions will last 30 to 45 minutes.

Tesla recently announced that it deployed its 20,000th charger in the Supercharger network.

On its Find Us map, Tesla shows current Supercharger locations along with upcoming planned locations.

The map is updated every year, and it’s a good tool to better understand Tesla’s plan for the Supercharger network over a one- to two-year timeframe.

Tesla has now released its 2021 update to the map – adding many new stations in the process, as well as removing some that were previously shown as planned, and updating the timelines for many more stations.

It’s important to note that Tesla often puts a planned station on the map that never happens as each station is dependent on Tesla finding a property to deploy the station, making an agreement with the property owner, acquiring the right permits, and securing a connection with the local electric utility.

There are many things that can stall a particular Supercharger project, but in general, this map is representative of Tesla’s expansion plan for the Supercharger network.

The automaker appears to have added many planned stations in key markets where its fleet is growing, like in California, the Northeast, in China, and in some European markets.

The gray dots represent planned stations, while the red dots are Superchargers that are currently in operation:

Here in Quebec, Tesla has added several new planned Supercharger stations as the market continues to grow thanks to important EV incentives and cheap electricity.

The automaker is planning new stations around Montreal and Quebec City, but it is also enabling new traveling routes, including all the way to the Abitibi region.

When clicking on the pin, Tesla gives a rough timeline of Q3 2021, and the automaker now says that those timelines are going to be updated on a quarterly basis.

For some new market expansions, like in Eastern Europe for example, Tesla is not providing timelines, but new potential Supercharger locations are listed on the new map.

Check the map here and let us know what you think of the new locations and updated timelines for your local Supercharger network in the comment section below.