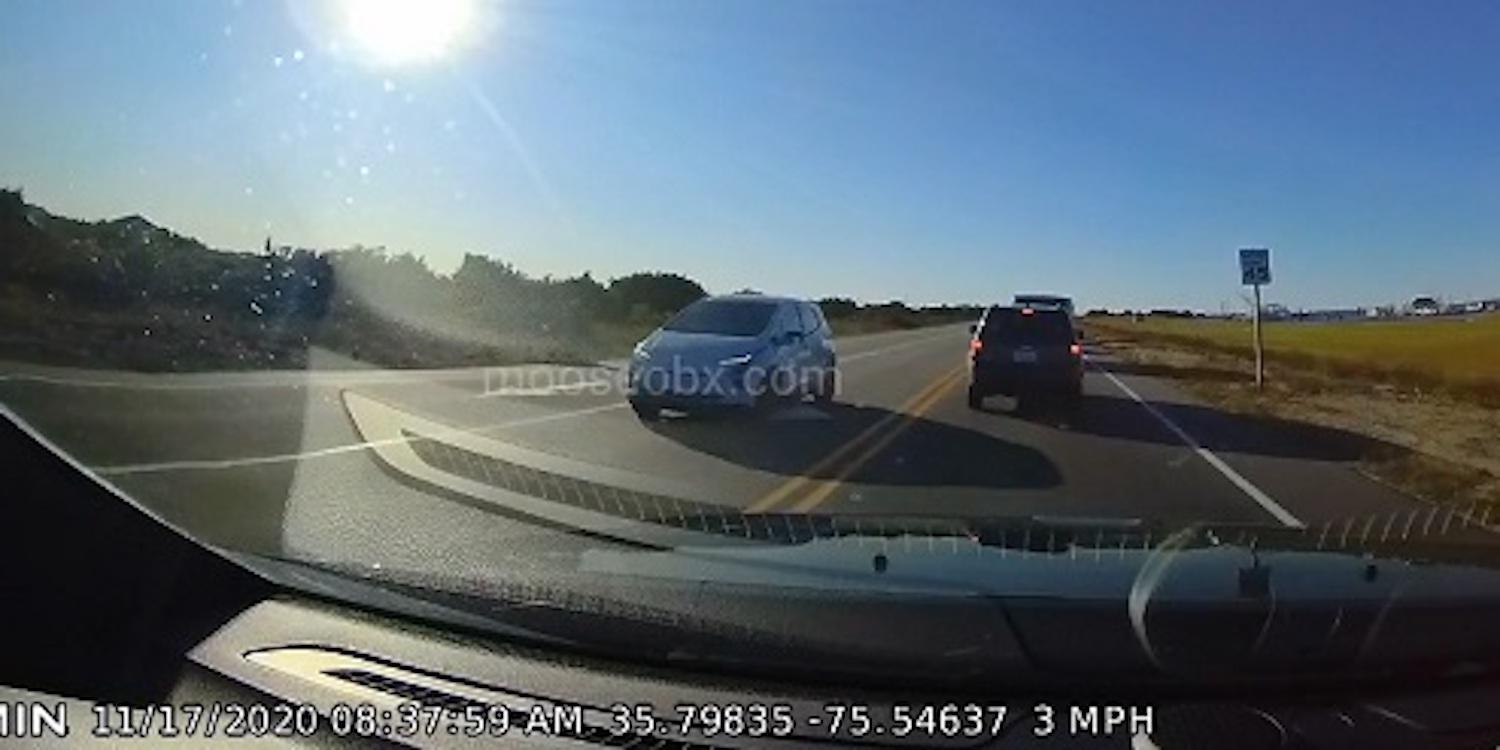 Today GM had a lot of new EVs on display at a Barclays investor event but far away, a realtor doing YouTube videos happened to catch the first public glimpse of the 2022 Bolt EV out in the wild. This is the same pre-COVID 2021 Bolt EV that we saw at GM’s EV Day in Detroit in February.

YouTuber MooseOBX (Via GMAuthority, via Reddit) caught the 2022 Bolt without any camouflage. It is the first public sighting that I’ve seen of the redesigned front end.

We of course got to see the redesigned Bolts and Bolt EUV at GMs Battery/EV day earlier this year and the image captured does look like the one GM showed off. It also resembles the Cruise Bolt that was in a few powerpoint presentations dating back a few years.

GM did release teaser side pictures of the Bolt EV earlier but those look like the current lineup for the most part.

As we noted at EV/Battery day, the update to the Bolt isn’t just skin deep. GM overhauled the interior with a much more luxury feel including higher-quality seats and dashboard.

Unfortunately, the 2022 Bolt won’t get GM’s Ultium batteries or SuperCruise (though the EUV will be an option) or AWD.

We had hoped that GM would show off the now 2022 Bolt EV at today’s investor conference but the company clearly wants to avoid the Osborne effect since this car is around a year from being on the streets. The video of the 2022 Bolt has been removed and of course the company declined to comment on the video.

I remember thinking the front end looked cool at the Battery Day and I don’t think this look does it justice. It is definitely an improvement over the current design and I’m glad GM is ditching the fake grille.

As we’ve stated ad nauseum, GM keeps saying they believe in climate change and they will have a bunch of EVs in X number of years. But the only thing coming off the line right now is the Bolt, and it looks to be that way until at least next year when this update rolls off the line.