Honda is building a naked electric motorcycle based on the CB125R 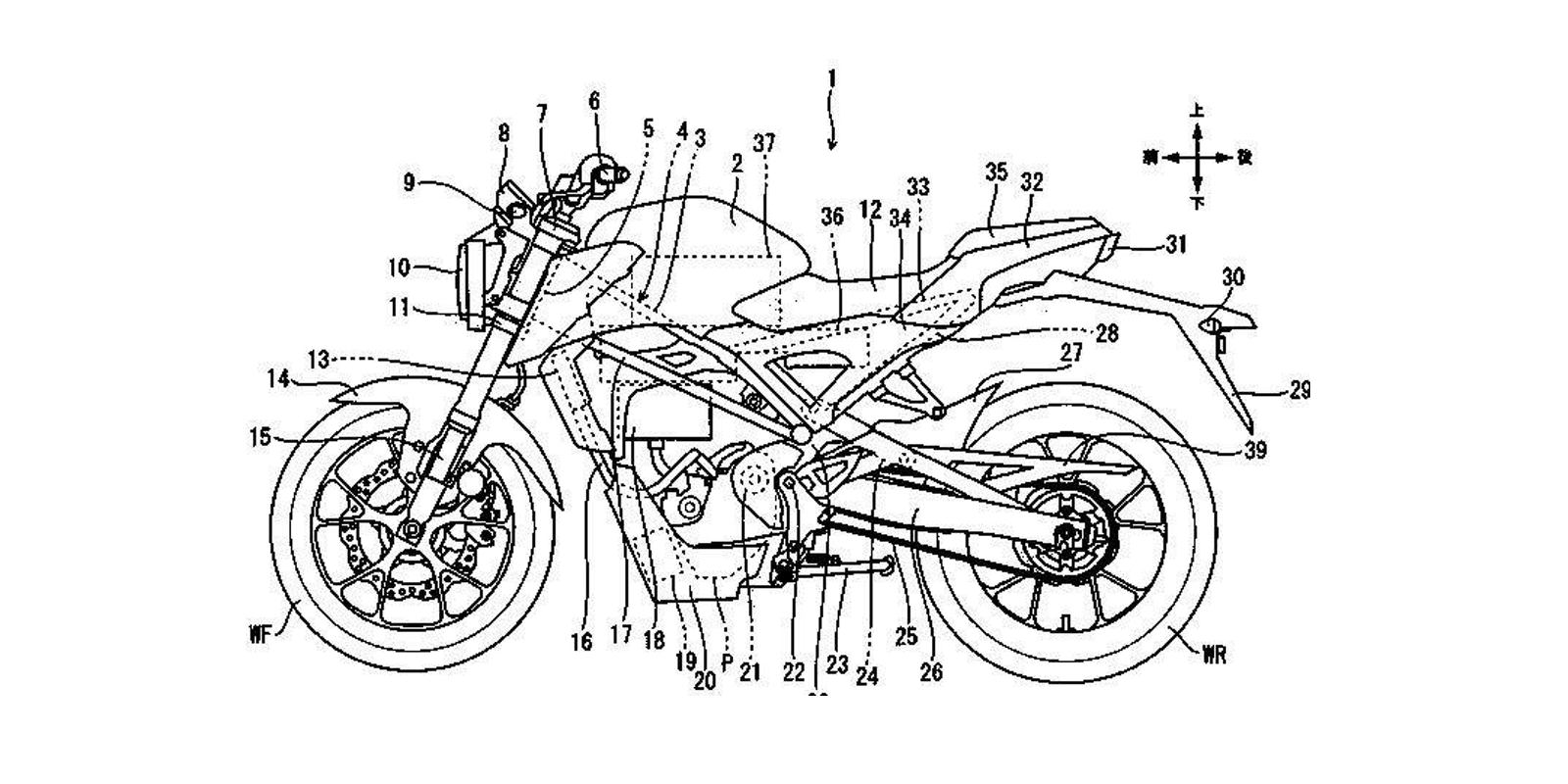 While Honda appeared to be dragging its feet over the past few years with regards to electric motorcycles, it now looks like the company has been secretly hard at work on several new electric models.

The latest battery-powered two-wheeler looks to be an electric version of the company’s CB125R sporting a retro-inspired naked bike design.

Honda recently patented a completed design for an electric CB125R, showing that the company is perhaps in the final stages of development for the bike.

The electric motorcycle doesn’t actually have a name yet (and in fact Honda hasn’t officially confirmed its existence yet), but the company’s patent clearly shows a CB125R frame and body housing an electric drivetrain, including detailed drawings of the electric motor.

The motor appears to be a pancake-style motor with a large diameter and slim profile designed to slip into the small frame of the CB125R.

Performance isn’t expected to be mind-melting, as the bike will likely be limited to similar speeds and power output of the donor bike.

The beginner-oriented Honda CB125R’s gas engine puts out around 13 hp (10 kW) and the bike can hit speeds of up to 80 mph (130 km/h). An electrically powered version is likely to offer similar speeds, but potentially quicker acceleration and higher torque figures.

The electric version of the bike seen in Honda’s patent appears to share around 75% of its components with Honda’s gas-powered CB125R, according to Visordown. That would greatly simplify the development and production path, reducing cost and speeding the bike’s entry to market.

I almost feel like I’ve been too hard on Honda in the past. I mocked them for their slow rollout of the electric Honda PCX scooter and for their lack of anything else of substance to demonstrate while startups ran away with the electric motorcycle market.

But in just the past year, Honda has shown off an electric CRF250 dirt bike, made significant progress on an electric Super Cub, revived interest in an electric version of their classic Motocompo scooter, and now appears to be building an electric beginner motorcycle, all at the same time.

Sure, I can nitpick about this new electric CB125R a bit, like pining for a belt drive instead of the chain sprocket we can see on the motor, but sticking with existing parts can help Honda produce this bike quicker and easier.

If Honda can get this bike onto the road soon, they could actually begin to snatch up some marketshare in the quickly growing electric motorcycle market.