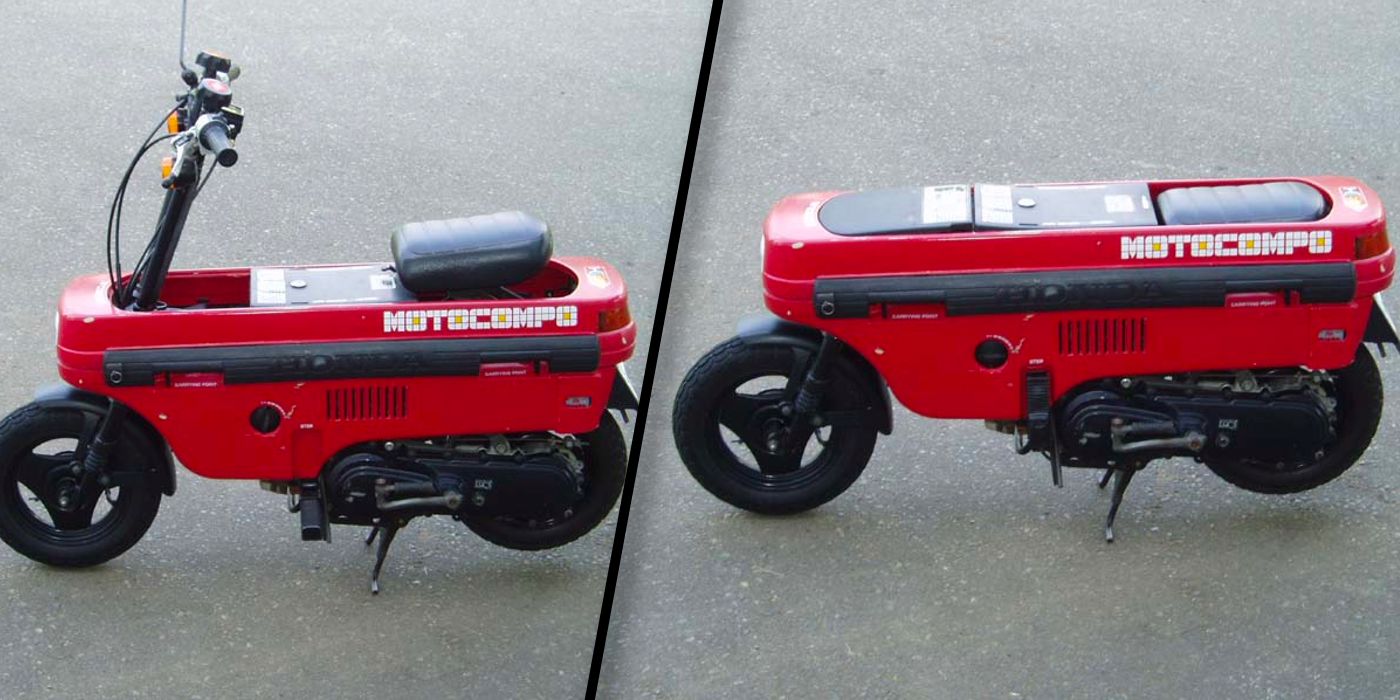 Remember that cute little Honda Motocompo from the 1980s? Well, it might be coming back, but this time it would be electric.

That’s what Honda’s latest trademark filing relating to the scooter leads us to believe.

If you weren’t around in the early ’80s or you’d just like a refresher, the Motocompo was a pint-sized, gas-powered scooter designed to fit into the trunk of small Honda cars.

The small, square body was barely the size of a carry-on bag and featured folding handlebars that helped it take up a small portion of the car, thus acting like a dinghy on a larger boat. The concept was that drivers could get close to their destination by car and then finish the last urban portion of their trip on the small scooter. In all, approximately 50,000 Motocompos were produced and sold between 1981-1983.

The idea of personal electric mobility was still years away back then, but it appears Honda is now revisiting the concept of their original trunk-sized scooter.

Honda of course hasn’t exactly been on the leading edge of electric motorcycle and e-scooter developments, but appears to be playing catch-up lately.

The latest move includes a filing at the United States Patent and Trademark office for a “Motocompacto” trademark. Honda describes the Motocompacto simply yet unambiguously as relating to “Land vehicles, namely, electric scooters.”

The trademark was filed at the end of July, and bears a striking resemblance to the famous Motocompo.

Honda previously showed off a concept version of an electric Motocompo at the Tokyo Motor Show in 2011, according to Motorcycle.com. The bike featured removable batteries and a futuristic design that still embodied the key principles of the Motocompo: Namely, that it folded up into a small box.

When combined with Honda’s recent patents illustrating the design of a yet-to-be-released electric Super Cub scooter, the two show that Honda is putting significant effort into electrifying some of their storied two-wheelers.

Of course that doesn’t mean that either vehicle will actually see the road anytime soon (or ever), but it’s another good indication that Honda is at least making more progress on the electric two-wheeler front.

What do you think of an electric Honda Motocompacto?

Could you see yourself pulling it out of the trunk and scooting around the city? Let us know in the comments below!