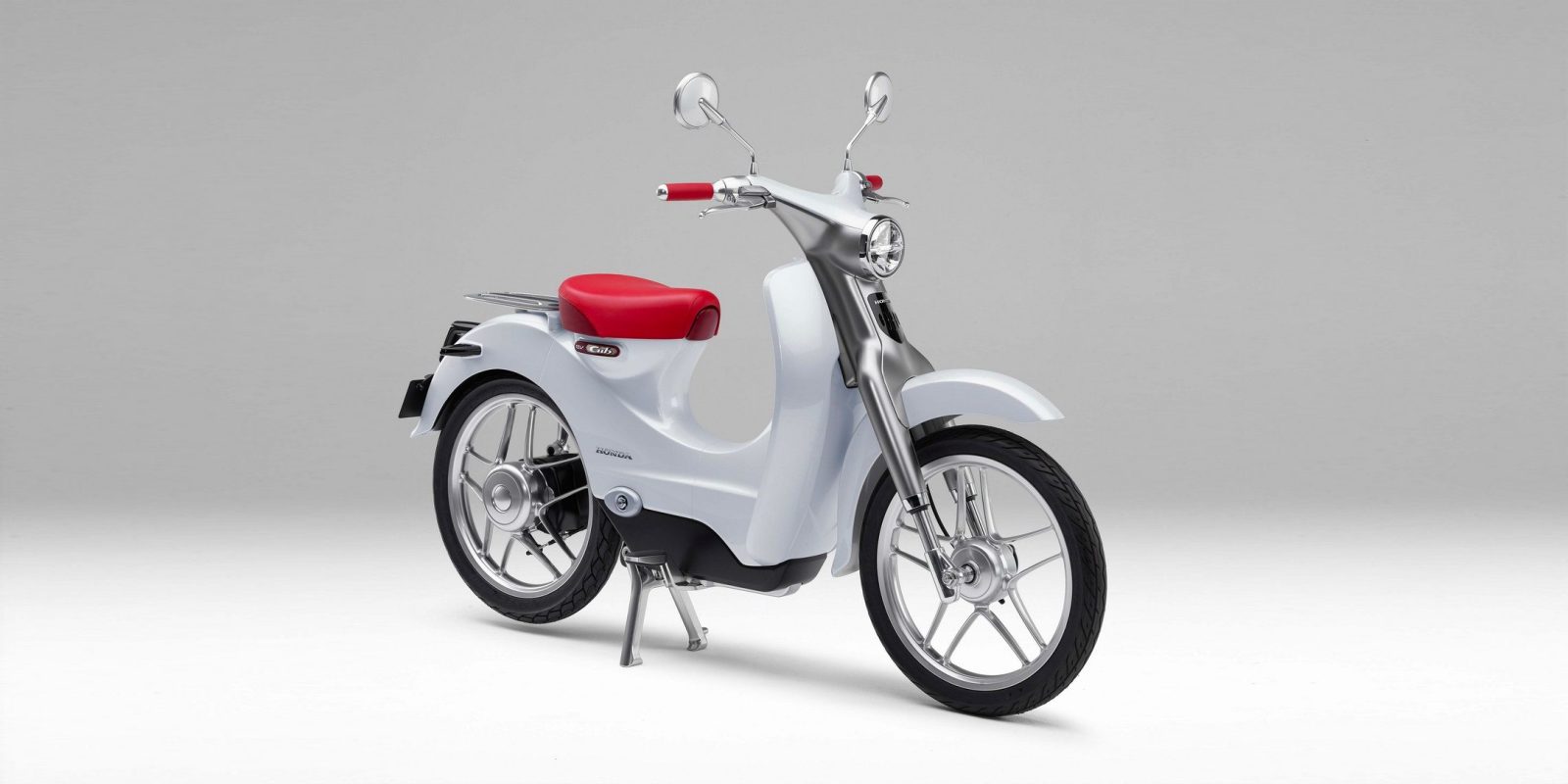 Despite Honda’s radio silence after rolling out a prototype electric Super Cub moped prototype at the 2009 Tokyo Motor Show, it appears the company is actually making progress on the design.

At least that’s what a new US patent from Honda would have us believe.

The patent demonstrates a two-wheeled electric motorbike with a large central battery and a method to remove the battery.

While the patent doesn’t specifically name the Super Cub as the vehicle in question, I think we all know what we’re looking at here.

See the main patent image below.

The Honda Super Cub is a retro-styled motorbike that has achieved legendary status among its fans and has been in continuous production since 1958. There have been over 100 million Honda Super Cub and Cub variants sold over the years, landing the record for being the most-produced motor vehicle in history.

The electric Super Cub seen in Honda’s most recent patent doesn’t show a motor, as the patent focuses on the method for removing the battery from the bike.

Most electric scooters and mopeds store the battery below the seat, which makes it easy to remove the battery by simply lifting the seat.

However, the Electric Super Cub uses a different design that mounts the batteries lower between two frame members. To access the batteries, the rider would simply tilt the battery box out to the side, exposing the top of the batteries and allowing them to be pulled out of the side of the body.

I would assume that this would create more room for cargo under the seat. The doomed-AppScooter from Etergo placed the batteries in a similar location under the scooter’s floorboard, though it used a banana-shaped battery to slide it down into the hard-to-reach receptacle via the underseat storage. That left enough room under the seat for an entire case of beer, as the company gleefully demonstrated every chance they got.

We still don’t quite see how the motor fits into the equation on the electric Honda Super Cub, so that could affect storage space. The chain guard shows the likely obvious placement, similar to most mid-mounted electric motorcycle drivetrains. But for now, we can at least take comfort in knowing that Honda appears to be making real progress on the bike. Patents don’t necessarily mean production is forthcoming, but they certainly don’t hurt production prospects!

It is hard for me to express how awesome this electric Honda Super Cub would be.

That’s a straight up “Take my money!” situation.

Honda is definitely still playing catchup in the two-wheeled EV industry, but an EV Cub could rocket them forward, if done right.

In fact, I love the idea of an EV Cub so much that I’m actually most of the way through a Honda Cub electric conversion project myself. I started with Honda Sports Cub from the ’60s and put a 5 kW peak-rated electric motor in place of the original 4-ish kW 50cc engine.

Mine will still be cooler, obviously. I mean, it’s mine.

But if Honda comes out with an electric Super Cub soon then you better believe I’ll likely be first in line at the dealership.

Add that to the electric motorcycle that I pre-ordered yesterday, and it is started to appear like I may have a problem. But at least acceptance is the first step!