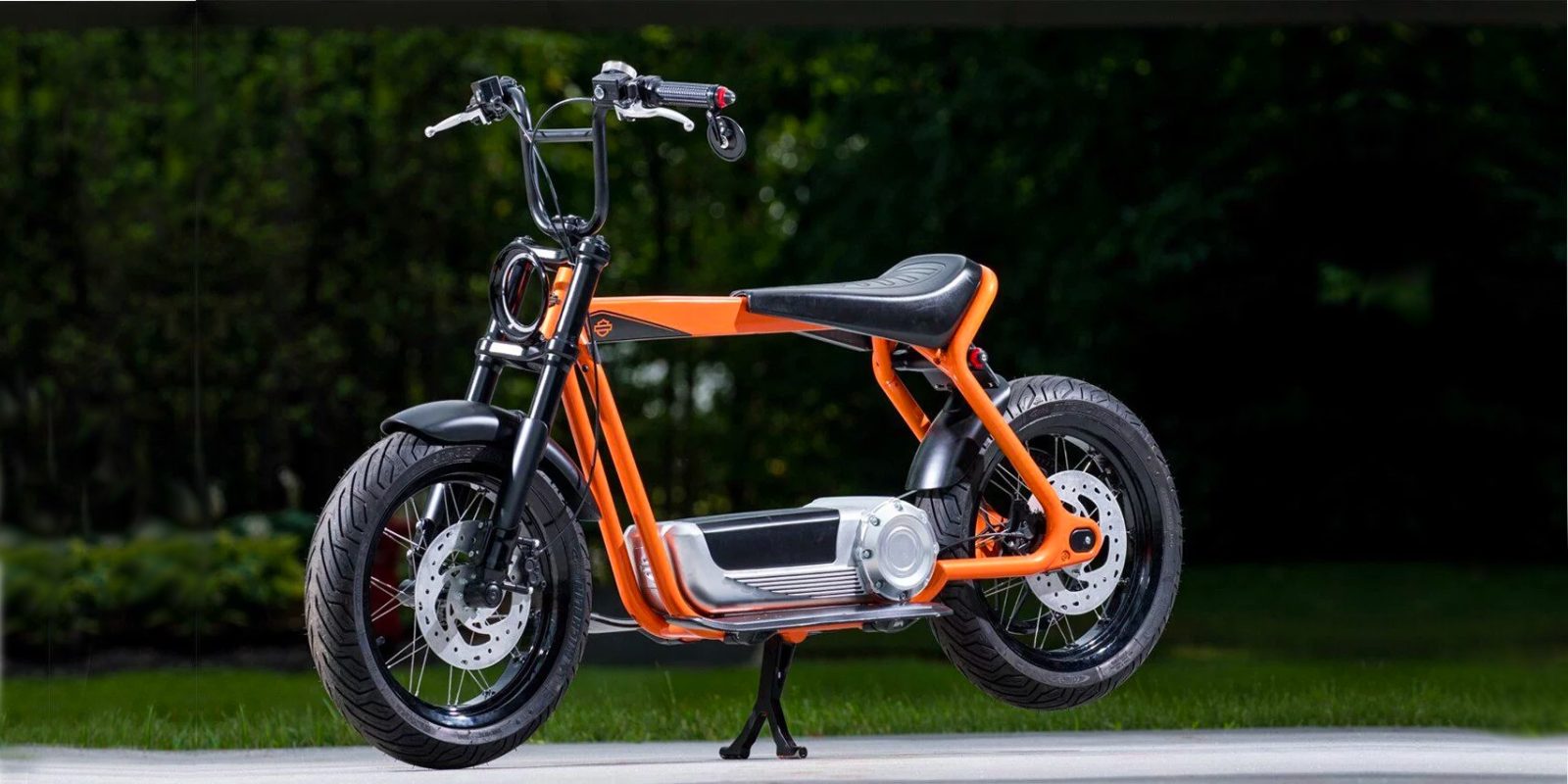 We’ve been covering the upcoming Harley-Davidson electric scooter project since the day it was announced as part of the More Roads to Harley-Davidson plan. And now we’re getting our most detailed look yet at the upcoming electric two-wheeler designed to be more approachable than Harley’s big hogs.

Despite much of the internet going gaga for Harley-Davidson’s upcoming electric scooter, the company hasn’t exactly made it easy to cover.

For months, the only details and images available on the scooter came from the early prototype designs.

And unlike some companies that shout from the rooftops about every little bolt and nut upgrade, H-D didn’t even tell anyone when the design had reached near-production levels. Instead, we had to dig around in Harley’s investor site to discover and become the first to publish the image below showing a closer-to-production, bright orange electric scooter. 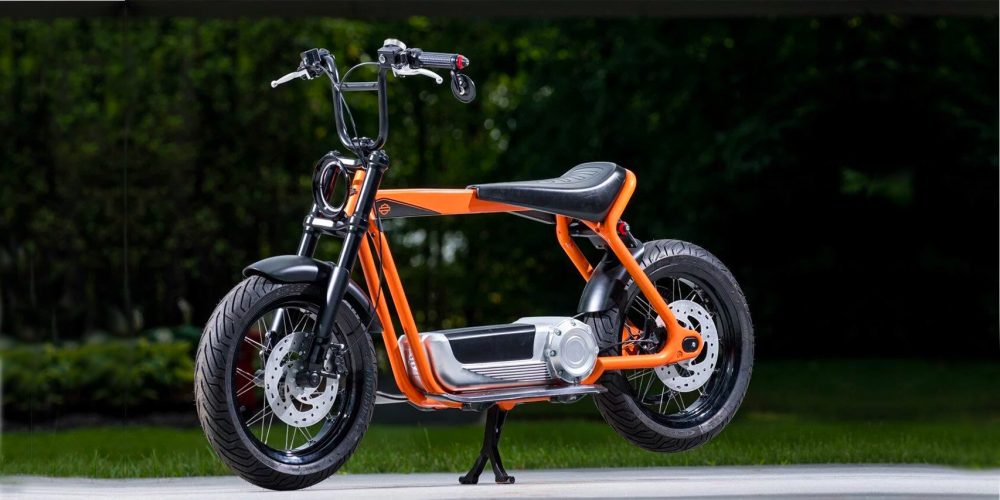 And so it should come as no surprise that the latest detailed look at Harley-Davidson’s upcoming electric scooter comes to us not from H-D itself, but via design filings to the European Union Intellectual Property Office.

Seen below, the design filings show the most up-to-date progress on the H-D electric scooter project and reveal new insights about the vehicle. 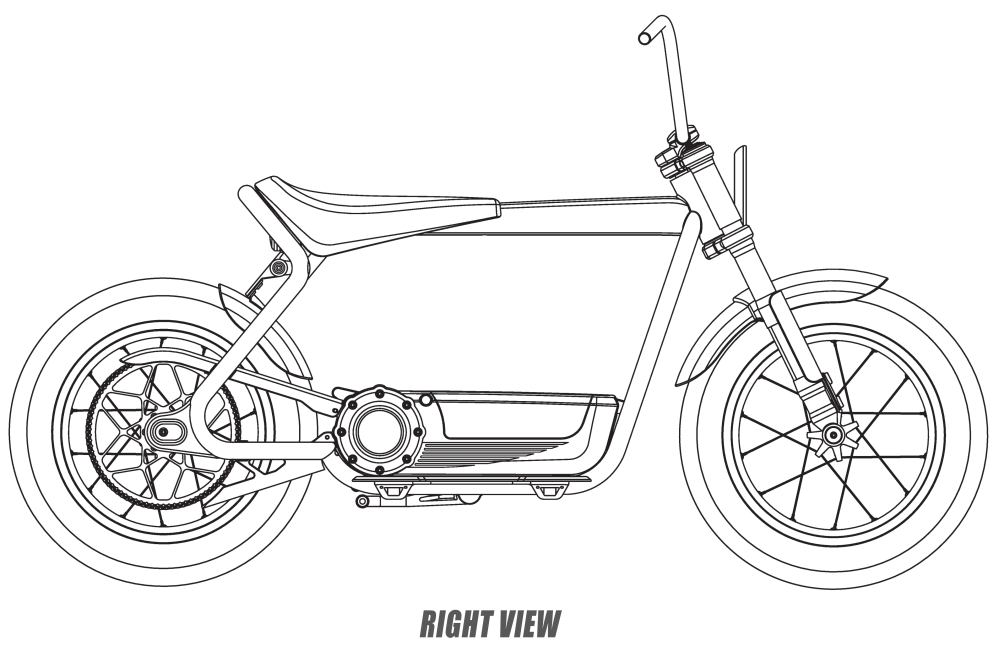 The design filings show off a number of interesting features, including a beefier inverted suspension fork than we had originally expected, a license plate holder, and more details on the motor and battery enclosure.

The motor and battery appear to be custom designs developed in-house by Harley-Davidson, likely as a result of the company’s investment in an electric vehicle R&D center in Silicon Valley. The motor appears to share a metal housing with the battery, perhaps made from cast aluminum. The battery features a handle on top and is shown to be removable — an important feature for city dwellers without garage access who need to charge the battery in an apartment.

We’re also getting our first look at the new floorboard design, which is certainly a step above the original sawed-in-half skateboard decks used on the prototype.

Other features seen in more detail include the metal fenders, halo head light, mini-bike seat, and belt-drive setup. It’s not yet clear if the belt drive is a Gates model. However, Harley-Davidson uses Gates’ belt drive systems on their other motorcycles including the electric LiveWire motorcycle, so a Gates Carbon Drive setup on the H-D electric scooter wouldn’t come as a surprise.

The only critical components appearing to be missing in the design drawings are the brakes, throttle, and mirror, though we’ve already seen those in the main image of the scooter at the top of this article.

I’m definitely pumped to see that H-D is making good progress on its electric scooter design. This thing is starting to look like a serious vehicle. There appears to be minimal plastic, with Harley-Davidson instead outfitting the scooter with higher-end components more commonly found on motorcycles than scooters. It’s looking like Harley-Davidson is trying to build this thing right instead of building it cheap. Which is great, as long as it doesn’t push the price too high to make it unaffordable to the very market they’re targeting: young riders.

And I’m not surprised either that they aren’t trying to show off every new bell and whistle until it’s ready. Just like with the LiveWire, H-D appears to be taking its time on development to ensure that the end result is a premium product. And despite the legion of keyboard warriors that will try to tell you otherwise, the H-D LiveWire is a really nice bike.

So I’m happy to see H-D taking its time here. I wish the timeline wasn’t quite so stretched, as a recent slide (below) from H-D’s investor presentation shows, but the important thing for me is to see that real progress is being made.

Plus, we’ve got those Harley-Davidson electric bicycles headed our way, which the company previously stated would roll out this year. So there are some nice H-D e-goodies to hold us over while we wait for the company’s upcoming electric scooter.

What do you guys think of Harley’s electric vehicle development progress? Let us know in the comments below!