This weekend I had the opportunity to test ride Harley-Davidson’s much anticipated new electric motorcycle, the LiveWire. As excited as I was to finally get a chance to ride the LiveWire before its release, I didn’t have the highest of expectations. I thought the LiveWire would be a bike that looked better than it rode. But as it turns out, the LiveWire is a high power beast just waiting to be unleashed.

Harley-Davidson invited a select group of journalists to Brooklyn this weekend to take the LiveWire for a test on the Formula E track. The tight and twisty track was designed for the low and grippy race cars – not for motorcycles.

But even with zero runoff and walls closing in on me at every corner, I did my best to push the LiveWire hard. And boy was I surprised by what this electric motorcycle could do!

This weekend we finally learned the important tech specs that Harley-Davidson had been keeping under wraps for so long. Most importantly, we learned that the motor is rated at 78 kW (105 hp) and the battery capacity is 15.5 kWh. Those are both huge for an electric motorcycle and were the first clues that the Harley-Davidson LiveWire isn’t just for show. 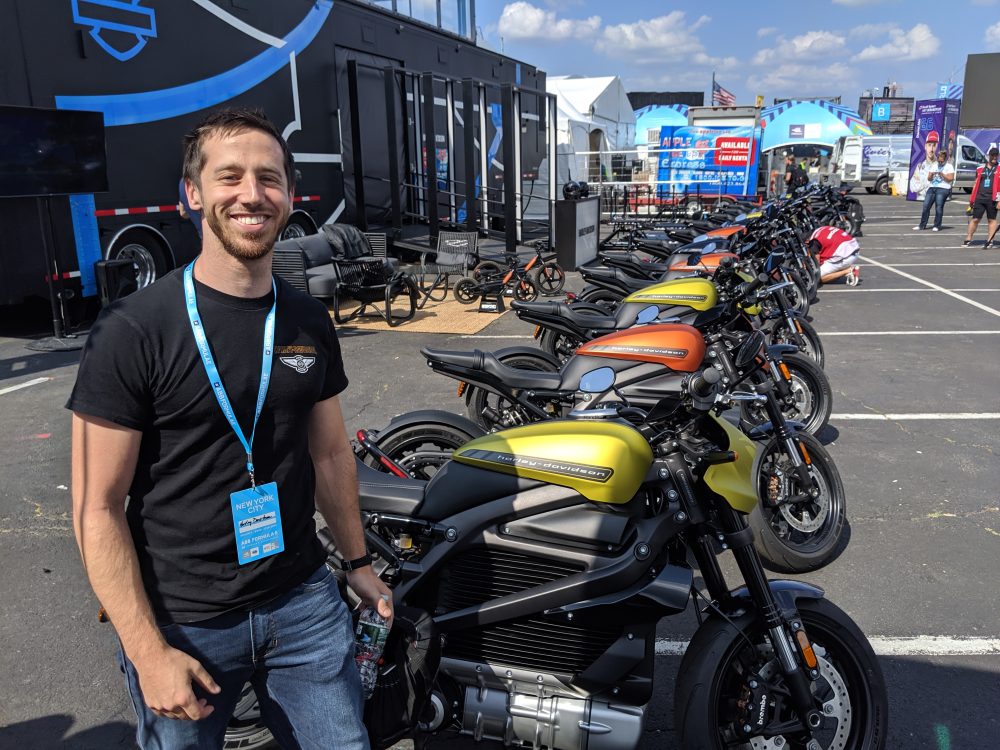 And fortunately I had some straightaways to do just that, as you’ll see in my video ride below. 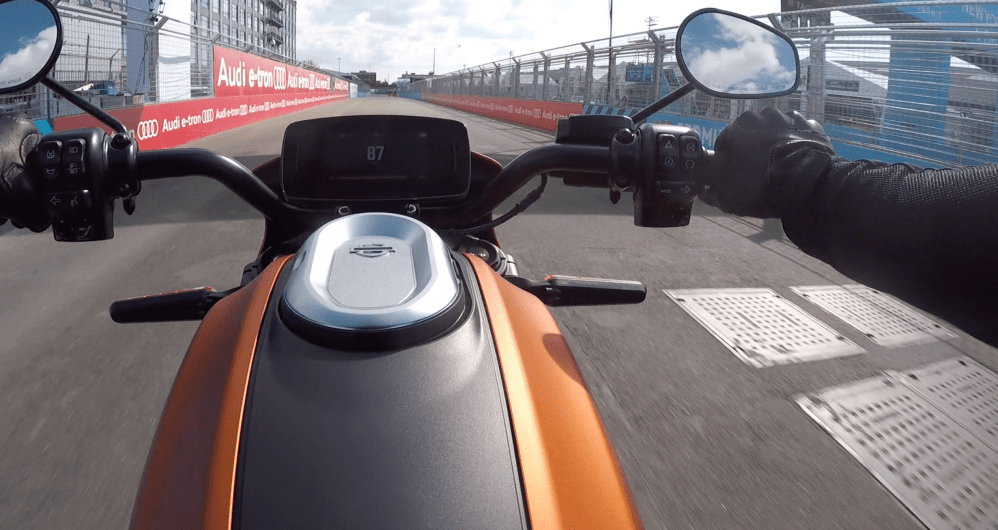 Fortunately the rider assist systems on the LiveWire work beautifully. The ABS brakes and anti rear wheel lift worked great when screeching to a halt. The traction control is also a nice feature, though I wasn’t about to go testing that in these tight turns. Save that for when you accidentally need it on the highway. And the anti-wheelie system meant I could get the most out of the powerful acceleration of the LiveWire without worrying about having to keep the front wheel down.

With a 0-60 mph (0-97 km/h) time of just 3.0 seconds, and another 1.9 seconds to reach 80 mph (129 km/h), the LiveWire accelerates like nothing I’ve ridden before. And part of the thrill of that insane acceleration is that there are no gears to worry about. With the twist of a wrist (and an attempt to hold on) you’re rocketing forward listening to the sweet whine of the drivetrain.

Speaking of that whine, make sure you check out the video above to hear it. That sound from the LiveWire isn’t coming from any artificial noisemakers. That’s the combined sound of the 90º bevel gears and the unique longitudinally mounted motor, plus a bit of belt whirr for good measure. And to be honest, it sounds pretty sweet. The bike is quiet, don’t get me wrong. But it is by no means silent. Anyone who enjoys the aural feedback of winding up an engine will understand the joy of hearing and feeling the LiveWire respond to your inputs.

There’s nothing really “Harley” about the sound, despite what the company will try to tell you. And I think that’s fine. The LiveWire is designed for a new generation of young (and wealthy, let’s be real) riders that don’t necessarily connect with the throaty, chromed out Harleys of old. And this new generation is likely to connect better with the aggressive whine of a high power and high torque electric motor than a century-old gas engine. The LiveWire just seems to connect with the rider in a way that gas bikes aren’t able to. Instead of sitting on a rumbling and vibrating bike, the silent idle and electric scream create a more intimate bond. And as someone who has now ridden both gas and electric Harley-Davidson motorcycles, I definitely feel more connected with the latter. 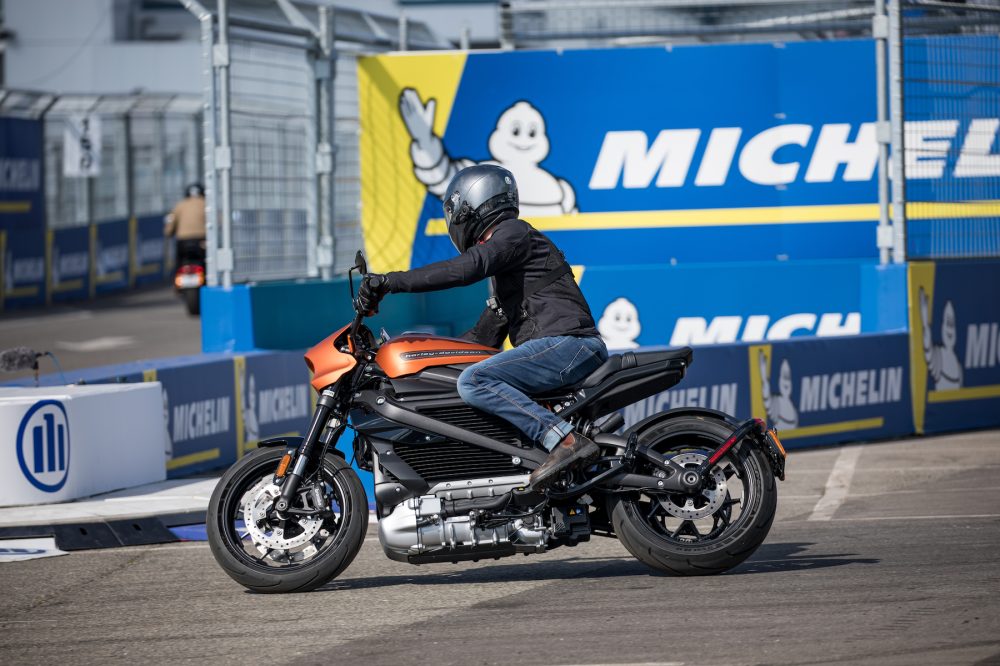 Another way the LiveWire creates a connection with the rider is through its “heart beat pulse”. This one threw me for a loop when they described it to us in the presentation, but feeling it made all the difference. Essentially, when you’re sitting still but the bike is on and ready to ride, there is a slight haptic response in the handlebars in the form of a pulsing feeling. It’s not overpowering, but you feel it. And the point is to let the rider know that the bike is on and capable of rocketing off at any moment, lest the lack of engine noise lull him or her into a false sense of security. Essentially it is a gentle reminder that the bike is ready to lurch, even though you can’t hear anything.

Is it a necessary feature? No. But it’s a pretty cool added touch that I enjoyed, and anyone who doesn’t like it can turn it off in the settings.

Speaking of the settings, there are four ride modes and three customizable modes. I probably should have tried out Rain and Eco mode, but I was having too much fun in Road and Sport mode that I forgot anything else existed.

If anything, there are almost too many settings and buttons to the point of being overwhelming. Maybe that’s a Harley thing, I don’t know. I’m not a Harley guy, at least not yet (though the LiveWire would probably change that if I could afford it). But each handlebar is decked out with a nearly overwhelming number of buttons and switches. I half expected two different key switches that had to be turned simultaneously to launch the nuke.

Alright, it probably wasn’t as complicated as the bridge on a nuclear sub, but there was certainly a lot more going on than the standard lights, horn, indicators and mode buttons that I’m used to.

But the LiveWire is also more connected than I’m used to, with the H-D Connect system that offers all sorts of interesting enhancements such as on-screen navigation, data telemetry and more.

Combine those smart features with the high end components such as the Brembo brakes, fully-adjustable Showa suspension, Michelin Scorcher sport tires and touch screen display, and you’ve got a pretty damn nice machine that has more power than most people will know what to do with. 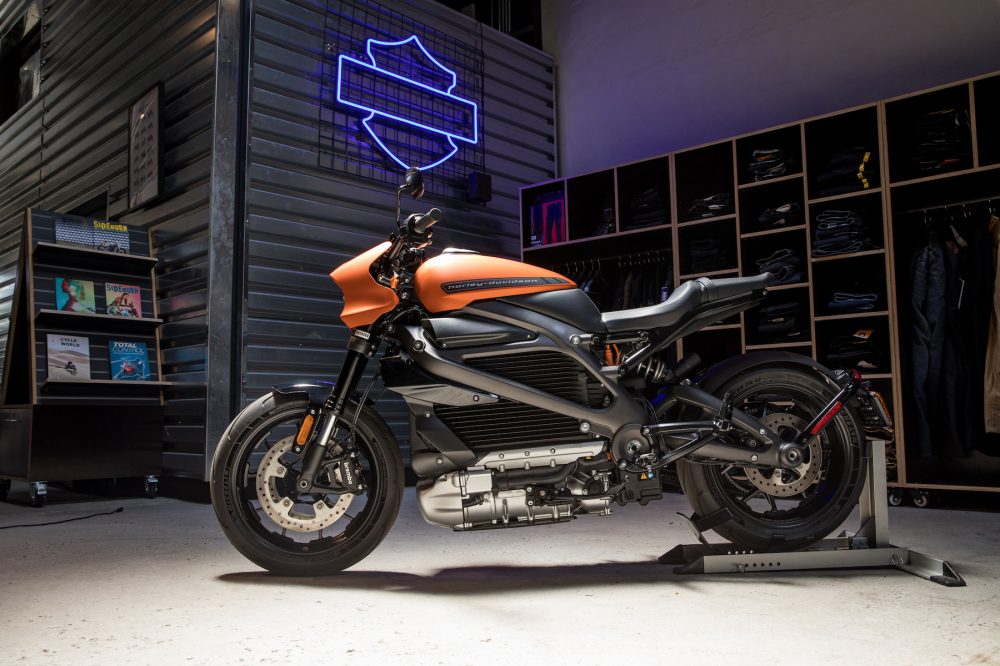 Harley-Davidson makes no mistake about who they are targeting with the LiveWire. This is a premium bike meant for a premium customer. If you aren’t already wearing designer labels and buying premium brands then there’s a decent chance this isn’t the bike for you.

And that’s why it isn’t the bike for me, either. At least not yet.

Don’t get me wrong, I’d loooove to own a LiveWire. I’d ride it everywhere, everyday and I’d tell the world about it.

But I’m just not going to be able to buy one of these any time soon. Like most people, I simply don’t have $30,000 lying around for a motorcycle, no matter how much fun it is to ride. And before you go ragging on ol’ H-D for building an overpriced bike, consider that this is the only gas-bike company offering an e-bike yet. Others such as Yamaha, Suzuki, Triumph and BMW are all still in the patent or concept stage, and none have any firm commitments to build anything even close to the LiveWire. So at least Harley is stepping up to the plate and taking a pretty strong swing at it. 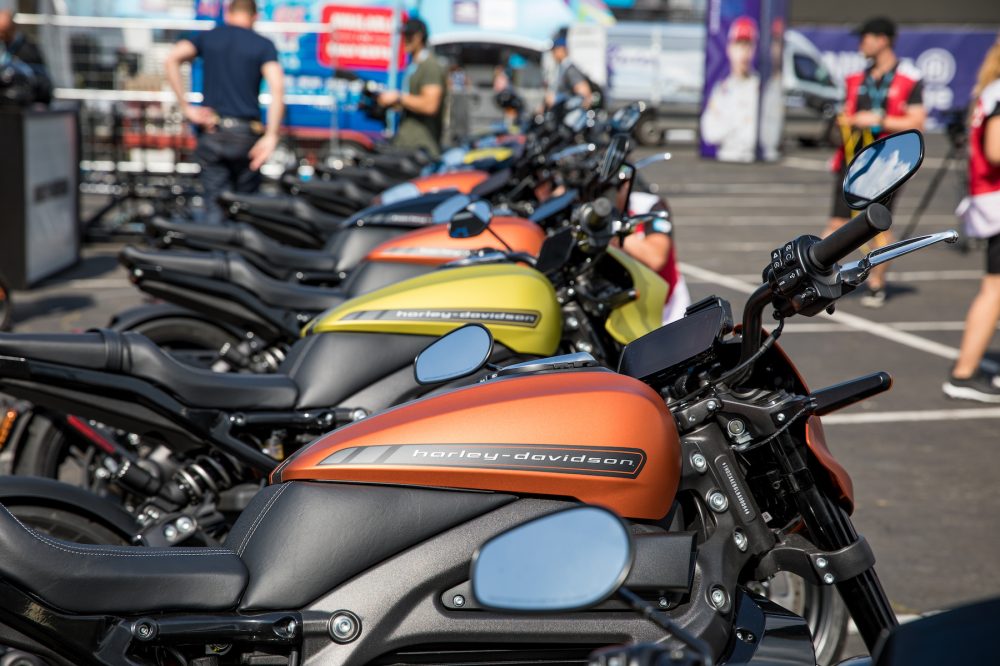 But with Harley-Davidson’s new portfolio of five different electric motorbikes, including smaller options that don’t even require a motorcycle license, there’s going to be a lot more opportunities for people like me to afford an electric Harley. And if their upcoming electric scooter, electric dirt bike, e-bicycle and light electric motorcycle variants are anything like the LiveWire, they’ll be well built and high performing machines. And assuming they are more affordable, I can definitely see myself buying an electric Harley-Davidson in the future.

What do you think of the LiveWire electric motorcycle? Let us know in the comments below!