The Harley-Davidson LiveWire electric motorcycle is a lot of things, but “long-range touring bike” probably isn’t the first one to come to mind. Or at least that was until Ewan McGregor and Charley Boorman shattered that notion with an epic road trip on a pair of LiveWire bikes.

The duo has been hard at work filming the Long Way Up motorcycle road trip TV series.

They left the southern tip of Argentina around 3 months ago, setting out towards a final destination of Los Angeles.

They weren’t alone though, as they were spotted many times traveling with Rivian R1T electric pickup trucks. The trucks were presumably used as support vehicles for the pair’s journey.

While the standard LiveWire is more of a naked sportbike, images of the bikes used in the Long Way Up appear to show more adventure-equipped LiveWires. Modifications look to include handlebar guards, increased cargo storage and dual-sport tires, among others.

As the journey will be detailed in an upcoming TV series, details during the ride were sparse.

But it appears that Ewan McGregor and Charley Boorman finished the adventure yesterday when they pulled into a private celebration in Los Angeles. A clip of them was even was shared on the Los Angeles Harley-Davidson dealership’s Instagram page.

We don’t yet have any official data or details from the trip, as we’ll have to wait for the TV series to be produced and aired. We don’t even know the exact route the pair took on their journey from the southern tip of Argentina to Los Angeles. Instead, we’ve had to piece it together from fans who met the riders and shared photos on social media in places like Ecuador and Guatemala as they made their way north.

A conservative estimate puts the total length of the trip at around 8,000 mi (15,000 km), though it could have been much more depending on the exact route taken.

At around 90 days, that would put the daily average at least 105 mi (170 km). Not exactly a grueling pace, especially since the pair likely took the opportunity to enjoy the sites and culture along the way. Needless to say though, these are probably two of the highest mileage LiveWires in existence right now. 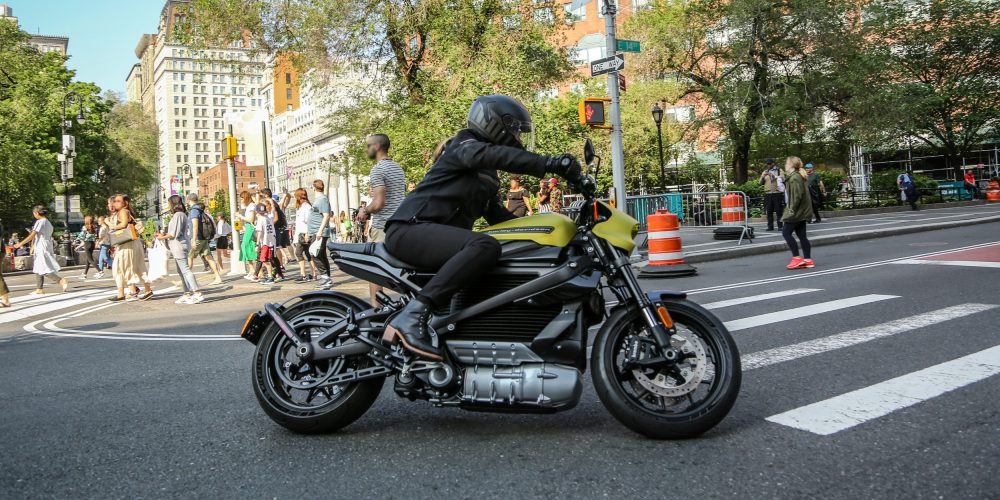 The LiveWire includes DC fast charging as a standard feature, meaning it can be recharged from 0-80% in around 40 minutes or completely charged in under an hour. DC fast charging is all but a necessity for road trips on electric motorcycles, though most motorcycle tours don’t last nearly as long as this one.

While we can only speculate for now on how the pair accomplished the trip, the full Long Way Up series should be a fascinating look at how electric motorcycles can be used for long-distance trips across unforgiving terrain.