A reliable source familiar with CAKE’s development process provided Electrek with unpublished product photos showing the CAKE Kalk OR without its usual chain and gigantic rear sprocket. Instead, the bike is shown sporting a slick new Gates Carbon Belt Drive system on the rear wheel.

Electrek has confirmed with CAKE that the photos are genuine and are part of a large announcement the company will be making at the Taipei Cycle Show later this week.

CAKE has apparently been working with Gates behind the scenes to improve the operating sound and efficiency of their award-winning electric dirt bike design.

“The closer to silent the better. The existing chain on the CAKE Kalk has a small rattling sound. With the belt it becomes silent.” 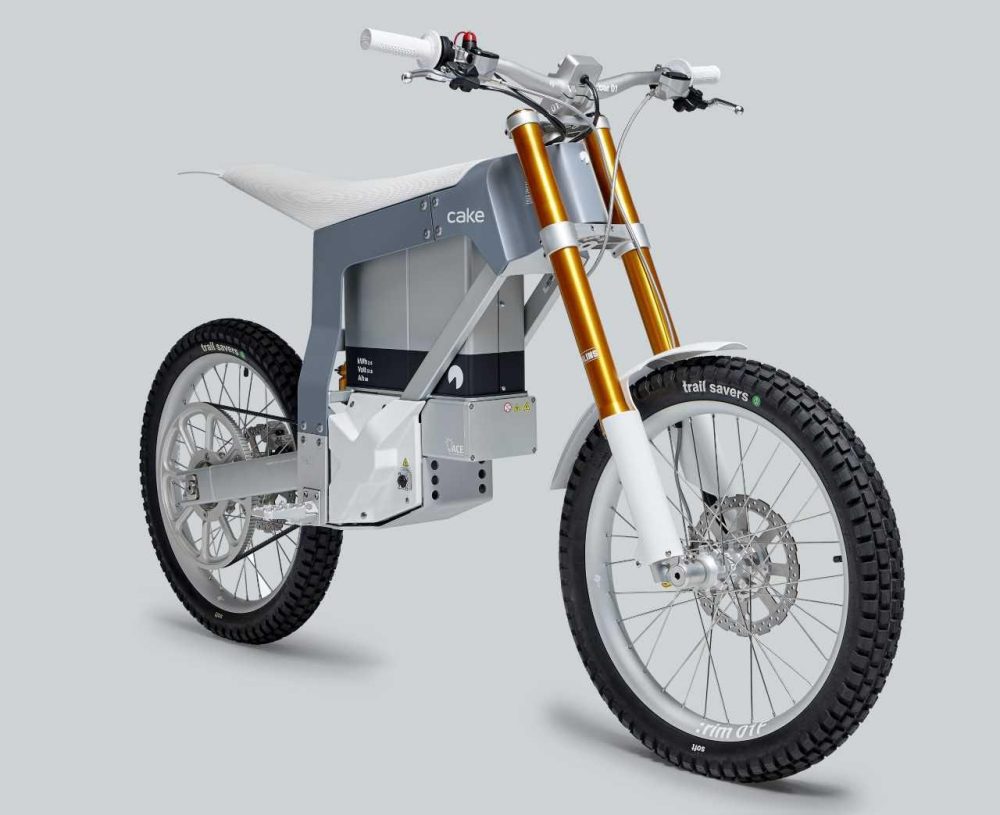 Additionally, a quieter ride usually means a better riding experience, especially in the world of electric dirt bikes. Without the nuisance of a loud exhaust, new types of riding become possible.

“The fact that it’s nearly silent boosts the riding experience and serves for absolute presence whilst out exploring. It also enhances the level of respect towards the surroundings and those sharing the space with you, whether they be fellow hikers, wild animals or maybe even your neighbors when riding your back yard track.“

The Gates Carbon Belt Drive add-on option will be available for the company’s dirt bike Kalk OR as well as their upcoming street legal motorcycle variant Kalk&.

Such belt drives have been increasingly common since Gates entered the market over a decade ago. They aren’t the only name in the business, but are generally considered to be the most premium option. Gates systems are found on some of the most high-end and expensive e-bikes in the industry. 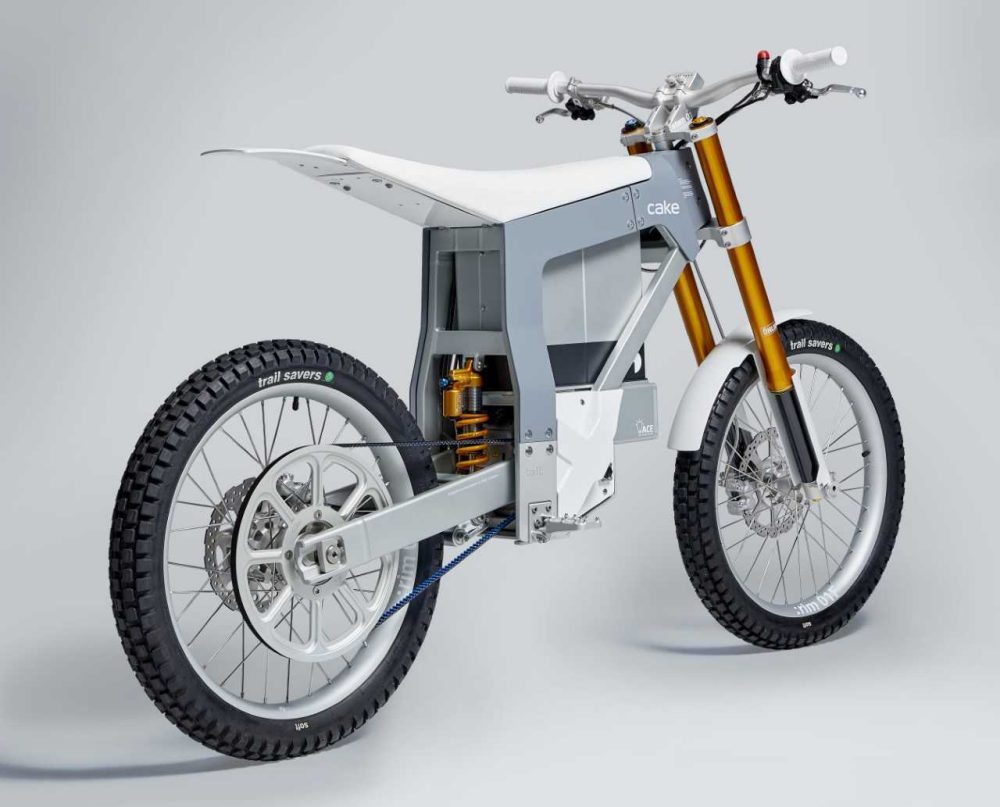 The company provided Electrek with a statement from Todd Sellden, Global Director of Gates Carbon Drive:

“Gates is excited to partner with Cake on their new street bike, which shows the incredible potential of electric mobility to reshape our transportation future in ways that are both cutting edge in design and performance. Helping to advance light electric mobility is a key goal for Gates. By design, the Gates Carbon Drive technology and our carbon fiber reinforced belts deliver on many key metrics: efficiency, durability, weight and of course clean, quiet and strong performance.”

The lightweight machines come in at just 69 kg (152 lbs) yet offer high-end components and an award-winning design. Very few parts are chosen from off the shelf, with almost the entire bike being designed in-house by the Swedish company.