Tesla has been working on a Trans-Canada Supercharger route for more than a year now, and today it finally went live, all at the same time.

Even better, most of the locations have Tesla’s new 250 kW V3 Supercharger. These allow a Model 3 to add about 100 miles in seven minutes.

According to Tesla’s in-car display, the sites are now live all across Canada. You can see an update of the changes on your Tesla’s map display or on tracker site supercharge.info.

Tesla’s website still shows a bunch of grayed-out stations along the route, but all are marked “target opening in 2019.” Tesla only had a couple weeks left to hit that timeline, and it looks like they have, just in the nick of time.

Just yesterday we posted about Tesla’s Supercharger network reaching 15,000 chargers, making it a tremendous asset for the company. These locations cover most trips in North America, Europe, and several Asian countries.

Canada was one missing link until today. It was possible to Supercharge in the most populated areas in Canada, but getting from one side to the other was difficult. 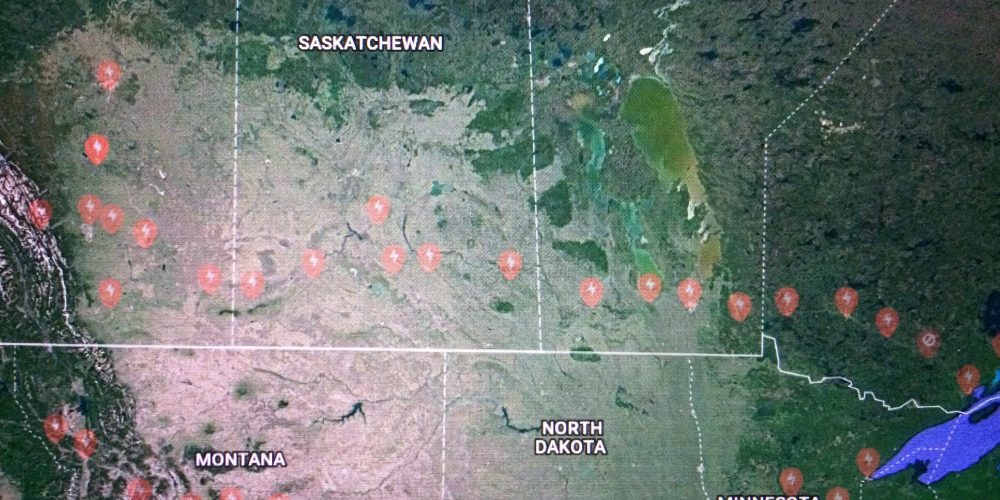 Now, this trip might be the easiest Supercharger trip in the world. With 250kW chargers almost all the way through, the trans-Canada route has just become the fastest-charging Tesla route yet. Until now, Tesla had only rolled out a few V3 chargers in other parts of the world (though some pretty massive ones)

While EVs in general are more capable for road trips than most people think, other charger networks are still not as easy to use as Tesla’s.

Tesla’s main quick charging competitor in the US is Electrify America, who we interviewed at the LA Auto Show. They’re rolling out a lot of chargers quite quickly, and almost all stations have a max capacity of 350 kW, which is even faster than Tesla’s V3. But they’ve had some problems with outages and high pricing, and are still working hard to reach the same level of service as Tesla’s Superchargers (and they want you to raise hell if their chargers won’t work, so they can fix the problem).

As I mentioned in the Tesla vs. Taycan charging article, Tesla road tripping is already pretty easy. Most Tesla owners will tell you that they are quite satisfied with the Supercharger network for road-tripping purposes.

Tesla hit the right spot with the Supercharger network, which is easy to use, attractive, fast, and well-placed for intercity travel. It took some time for them to roll out these 15,000 chargers, but now the system is quite robust.

But 250 kW will make the experience all that much better. It’s not so much about lowering the amount of time charging, since that’s already pretty tolerable if you schedule food and bathroom breaks to coincide with charging. Rather, V3 chargers don’t have to split capacity between multiple stalls, which means busy stations will charge just as quickly as empty stations. And it means station throughput should increase, helping to eliminate the few outlier situations where the network gets overloaded during holiday travel.

This all bodes well for Tesla’s V3 rollout, showing that the company can engage in a relatively massive project in the relatively unpopulated areas of central Canada. And it can do so while delivering the best charging experience currently available.

This is all important as Tesla builds more cars. The network needs to keep expanding to add enough capacity to handle Tesla’s sales records, which seem to be broken every quarter.