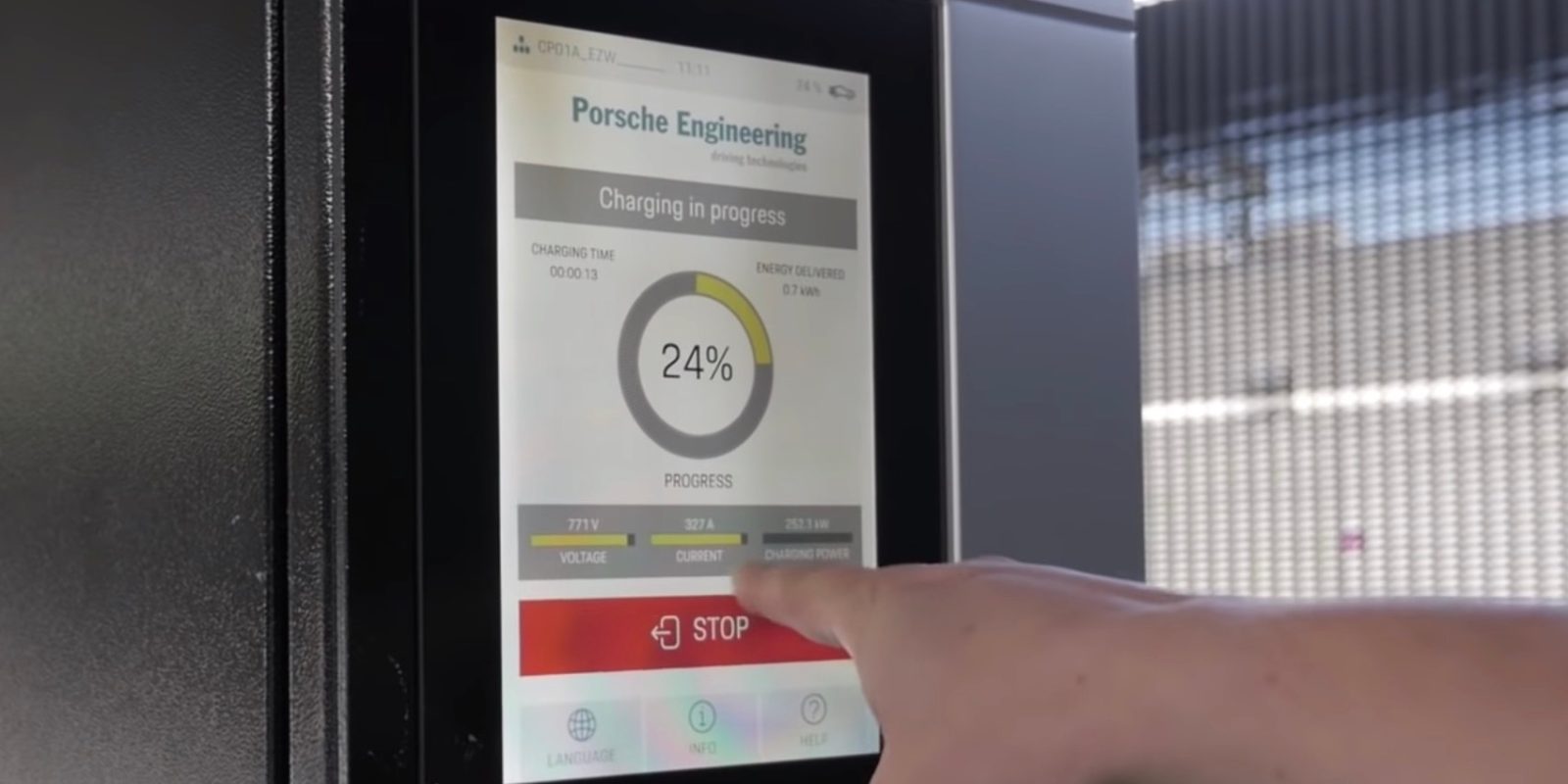 We’ve all been waiting for faster charging, because until now, Tesla’s been at the top of the heap with its ~120kW Superchargers which have pretty much plateaued since their debut 5 years ago. Porsche of course has been touting its 800V 350kW charging system for its Taycan and Mission E prototypes…

Porsche deployed its first 350kW CCS charging station last year and connected it to the grid in July. However, we’ve seen little in the way of testing and exactly how much of that 350kW is usable charge.

Porsche claims that the 800V chargers can charge the battery pack to 80% in about 15 minutes. Since they haven’t published battery sizes yet, it’s hard to math our way into understanding exactly how much charge they plan to deploy at these stations. We know that Porsche is aiming for more than 300 miles of range so a 90kWh battery pack is probably a good estimate.

Today is the first look we’ve seen of the Porsche Mission E charging at high speeds and it comes via German magazine Auto Motor und Sport. 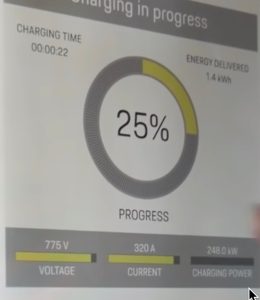 While the 248kW shown above isn’t the advertised 350kW, we know that car vendors rarely reach the full potential charging rate of chargers. But 248kW is significantly less than we had thought we’d see while still being twice that of anything else on the street.

Moreover, the actual gauges on the charger don’t look like they extend much higher than they are currently being used. The voltage approaches 800V which we knew, but the current looks like it tops out at around 350A which would put the top charging rate at about 80% of 350kW or 280kW.

That’s important to know because when questioned about the Supercharger V3 plans, Tesla CEO Elon Musk and CTO JB Straubel said that they wouldn’t be going to 350kW. They noted that 250 kW was the most that would be needed by a car-sized pack (the Tesla Semi is said to charge at around 1MW).

During Tesla’s Q1 2018 conference call yesterday, Straubel stated that Tesla could produce a battery pack that “could charge at faster than 300, 400 kW, but he insisted that “it’s not a very useful trade-off to the customer.”

Musk added, “The thing about a 350 kW charger is it doesn’t actually make a ton a sense – unless you’ve got a monster battery pack or have like a crazy high C-rate, in which case your energy density is going to be poor.”

Straubel commented that it will result in a range and cost trade-off.

While Tesla doesn’t see a path to a 350 kW charge rate right now for passenger vehicles, Musk said that they are “definitely going to be improving the Supercharger technology” and he sees a path to 200 or 250 kW.

We thought we would hear about the V3 Supercharger by now, but perhaps Tesla is instead working within the CCS Combo group, which it is a member, to allow for interoperability between Teslas and other EVs. To get to those speeds, Tesla will also likely have to go to 800V which will likely require new vehicle designs.

Also, it is important to note that the new Roadster will have a 200kWh pack thus doubling its theoretical maximum speed from even the 100kWh P100D.

ABB also has touted 800V 350kW chargers which will be part of the Electrify America and Ionity rollout.

Even at 250kW, the Porsche should be able to get 62kWh in 15 minutes which would put it close to its 80% goal, and frankly that’s barely enough time to go to the bathroom anyway. Bravo!

Charging starts at around 19 minutes below video from Auto Motor und Sport :

What do you think about charging at 800V. Is that something that all EVs should do or nah?