While the vehicle is not expected until 2019, the German automaker opened new offices in Berlin today and with it, they decided to deploy their first two 350 kW chargers.

Porsche describes its new location in Berlin-Adlershof as “one of the world’s most modern Porsche centers”.

It features “state-of-the-art maintenance and repair facilities” and even a 25-meter high “solar pylon” that generates electricity, but even more interestingly, Porsches says that it is the first Porsche center “geared to the requirements of future electric vehicles” because it features the new charging station.

The station has 2 standard level 2 chargers (left picture below) and 2 of the new Porsche-developed 800-volt DC fast-charging points (right picture below) that the company claims can deliver up to 350 kW.

The station is not as cool-looking as the concept that they unveiled last year (pictured below), but hey, as long as it actually charges that fast, I don’t think anyone will care. 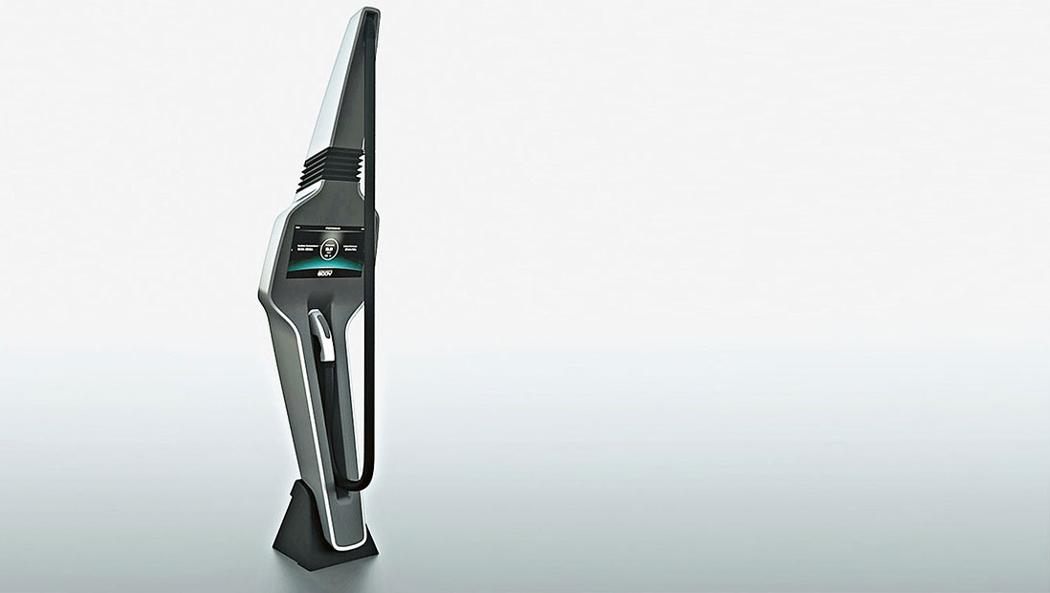 The fact that the cable is attached at the top of the station facilitate manipulating it since it’s actually quite heavy in order to support the charge rate.

They are using the CCS connector and while Porsche claims that it already has the backend to support 350 kW charge rate, it can currently charge at 50 to 150 kW until vehicles can support higher charge rates. They had to develop a new transformer in order to support the charge points.

When Porsche unveiled the Mission E, they claimed that their 800-volt charging system would be able to charge up the Mission E’s battery pack to 80% in about 15 minutes. They also said that they were working for the ultra fast-charging infrastructure to also work with Tesla and other EVs.

Most electric vehicle manufacturers have been backing the CCS standard since it has been working on a protocol to allow a 350 kW charge rate.

The German automaker confirmed that there’s already a second station being built at their US headquarters in Atlanta. They plan to ramp up deployment in preparation for the launch of the all-electric Mission E in 2019.

Here a few more pictures of the Porsche’s new offices with the solar pylon:

The Porsche Mission E is an all-electric concept…