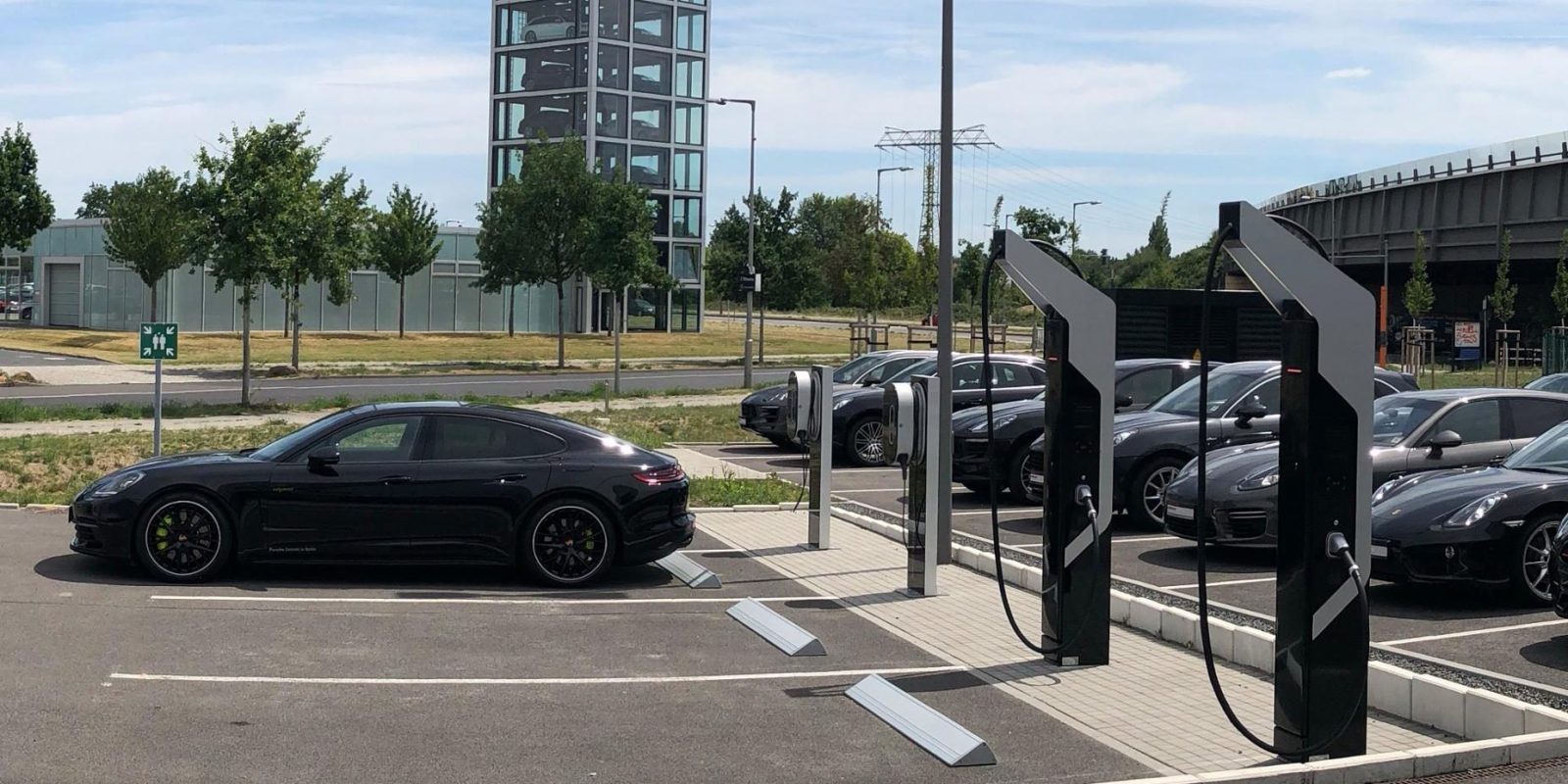 Now the company announced that they are connecting it to the grid.

The station, which is located at Porsche Berlin-Adlershof described as “one of the world’s most modern Porsche centers”, is equipped with 2 standard level 2 chargers and 2 of the new Porsche-developed 800-volt DC fast-charging points.

Apparently, only the level 2 chargers were working even though all the charge points were deployed last year – pictured above.

Today, Porsche announced that the fast-charging points are now connected to the grid and working.

Karsten Sohns, Managing Director of Porsche Deutschland GmbH, commented on the announcement in a press release:

“In this rapidly evolving world of mobility, we are consistently preparing ourselves for the launch of the first fully electric Porsche model, the Taycan. Having an appropriate charging infrastructure at our Porsche sites and beyond is an essential component of our strategy.”

Along with the announcement, Porsche recently released its new electric car charging mobile app and service and today they released those images of the user interface:

Porsche is making the station in Berlin available to all electric vehicles (not just Porsche’s) during the center’s opening hours.

Technically, any electric vehicle equipped with a CCS plug could stop and charge at the station, but only the Taycan can take advantage of the full 350 kW charge rate.

When Porsche unveiled the Mission E concept, they claimed that their 800-volt charging system would be able to charge up the Mission E’s battery pack to 80% in about 15 minutes. They also said that they were working for the ultra fast-charging infrastructure to also work with Tesla and other EVs.

Most electric vehicle manufacturers have been backing the CCS standard since it has been working on a protocol to allow a 350 kW charge rate, but it looks like Porsche aims to be first to market with a vehicle supporting that kind of charge rate.

In preparation for the launch of the Taycan next year, the German automaker has been making several investments in charging infrastructure.

Porsche installed a similar charging station at its US headquarters and it’s apparently only the beginning of its charging effort in the US since it plans to deploy hundreds of stations capable of delivering high charge rates, including a recently announced network of 500 EV charging stations in the US and Canada.

They are also involved in Ionity, a major new ultra-fast electric vehicle charging network currently being deployed in Europe.