What to expect from Tesla this month: electric semi truck, Model 3 deliveries, and more 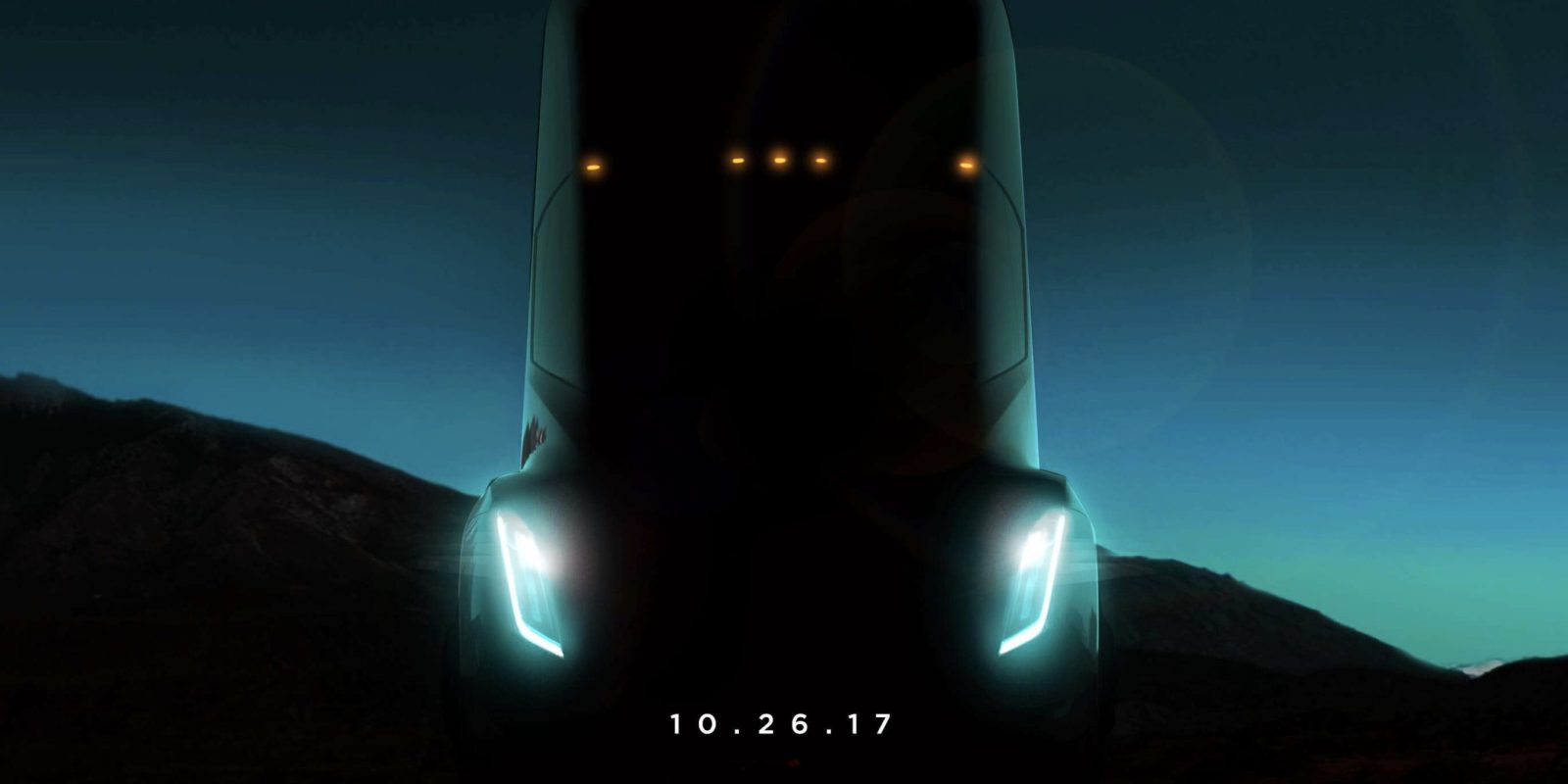 The third quarter has ended and Tesla is now expected to end the year strong with a busy fourth quarter on many fronts.

Here’s what to expect from the company this month.

First off, Tesla is expected to release its third quarter delivery numbers within the next 2 days.

Tesla didn’t guide exact numbers for the quarter, but the company did disclose aiming to deliver more Model S and Model X vehicles during the second half of the year than the first half – during which they delivered just over 47,000 units.

Therefore, they would have needed to deliver just over 23,000 Model S and Model X vehicles during the last quarter in order to stay on track.

But as we reported last week, the most interesting thing about the third quarter delivery numbers is that it’s the first time that they will include Model 3 deliveries.

Hopefully, Tesla will give a status update on Model 3 production and deliveries this month. The automaker is still expected to start regular customer deliveries later this month and therefore, invitations to configure the car are expected to be released soon.

Tesla’s production timeline suggests that the company is aiming to reach a production rate of around 1,000 units per week, which would enable them to work through their backlog of employee reservations and move to those regular customer deliveries by the end of the month.

We will try to keep track of Model 3 production and deliveries as closely as possible in the coming weeks and months as Tesla works toward its goal of reaching 5,000 units per week by December.

Tesla’s flagship vehicles remain an important part of the lineup even though Model 3 is grabbing much of the attention lately.

Despite the fact that the company doesn’t subscribe to the traditional model year scheme of the auto industry, Tesla has often updated its vehicle program toward the end of the year. Around this time last year, it introduced Autopilot 2.0 and the P100D variants of Model S and Model X.

We wouldn’t be surprised if Tesla announces new updates to Model S and Model X over the next few months.

A few interesting hints emerged over the last few months, like the new Autopilot ‘2.5’ hardware suite or the fact that Tesla strangely delivered new 85 kWh battery packs software-locked at 75 kWh.

Regardless of if upgrades come or not, Tesla needs to keep working on the software for the vehicles. New Autopilot upgrades are long overdue to bring the system closer to the features promised under the ‘Enhanced Autopilot’ and ‘Fully Self-Driving Capability’ packages. More software updates are expected to come this month – it remains to be seen how significant they will be.

We expect Tesla to start more significantly ramping up its energy division in the coming weeks and months. Aside the new Powerpack projects constantly being installed, we are seeing signs of more deployment of Powerwall 2 and Tesla starting deliveries of the Founders Series for referral program winners.

Production of solar products is also expected to soon start at Gigafactory 2 in Bufallo, which should result in the accelerated deployment of Tesla’s solar panels and solar roofs.

Finally, Tesla is expected to finish the month strong with the unveiling of its electric truck, Tesla Semi, on October 26th.

CEO Elon Musk has been hyping the event for months now and the expectations are not only high for the electric semi truck, but also for “something unannounced” that Musk hinted would be unveiled with the truck at the event.

The entire freight industry will be watching the event closely in order to get all the details about the vehicle which has the potential to significantly reduced operating costs for transport companies.

The vehicle itself is expected to feature an impressive electric powertrain and Musk even suggested that Tesla will offer test rides at the event. We will be present and report back all the details.

If you think that we forgot anything about what to expect this month, don’t hesitate to let us know in the comment section below.