Tesla is trying to beat its delivery record this quarter with Model S and Model X, but also the first Model 3 deliveries – still only to employees and company insiders.

The automaker is attempting a production ramp up ahead of the start of customer deliveries next month and sources familiar with the Model 3 program told Electrek that production recently increased after Tesla worked through early manufacturing problems.

Model 3 is built on a new production line at Tesla’s Fremont factory.

But this month, Tesla was able to slightly increase production and deliveries of the new all-electric vehicle.

It’s not clear what is the current production rate, but there’s some evidence that Tesla reached over 1,000 Model 3 produced this month compared to only a few hundred units last month.

VIN lookups (see the Model 3 VIN decoder here) show that sequential VINs up #1134 have been registered with NHTSA so far.

As the production ramp of the Model S and Model X taught us, VINs are not an ideal way to monitor a production ramp, but it’s a fairly representative way to figure out the progress.

Furthermore, Tesla certainly increased Model 3 deliveries recently, albeit still only for employees and relations of employees as regular customer deliveries are still planned for “late October.”

But the VINs of those vehicles are still significantly below 1,000. Here’s a Tesla Energy consultant posting on Instagram his new Model 3 VIN #454 earlier this week:

More deliveries were also reported outside of California, where they were mainly concentrated over the past 2 months. New Model 3 were spotted in Texas, Florida and at other locations on the east coast over the last month.

Pictures of the Model 3 assembly line in Fremont were also leaked this week by Instragram user @breazyxx: 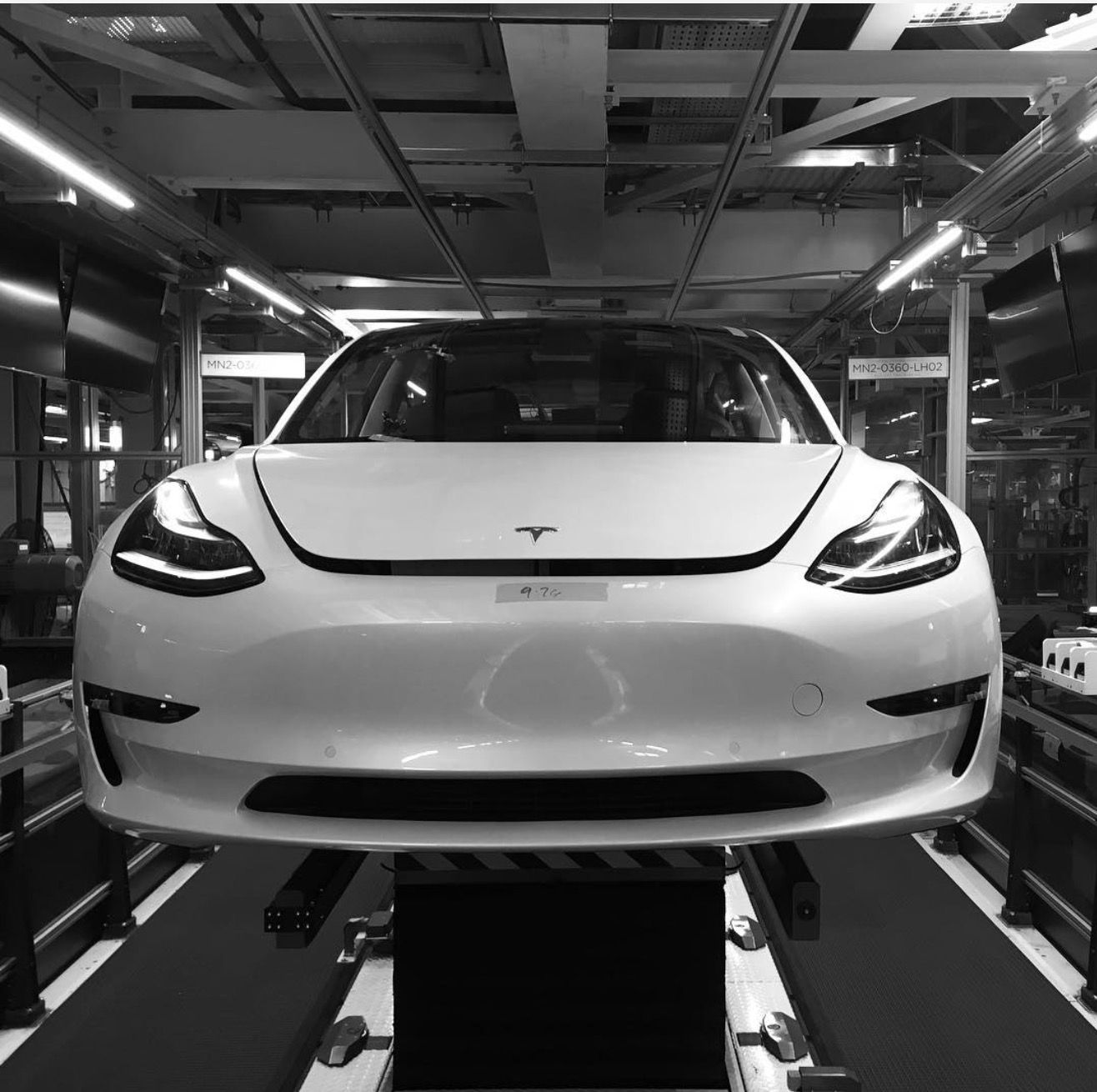 Not much about production volume can be inferred from it aside that Tesla is at least making one Model 3?

Tesla guided the production of 1,500 Model 3 vehicles and more than 23,000 Model S and Model X deliveries for the third quarter, which ends tomorrow.

It’s not clear if they achieved those goals, but for Model 3, it’s not that important. The most important figure is the production rate when they start regular deliveries and there’s evidence that it has increased significantly this month.

But there’s a big difference between producing a few hundred cars per week and a few thousand cars per week, which is where Tesla wants to be with the Model 3 by the end of the year.

CEO Elon Musk guided a production rate of 5,000 cars per week in December. There’s likely still a long way to go to get there both for the production in Fremont, but also at Tesla’s Gigafactory 1 in Nevada.

5,000 Model 3 vehicles represent at least 250 MWh of battery production, which means that Gigafactory 1 needs to be at an annualized production rate of 13 GWh just of Model 3 batteries in order to achieve the production rate.

Tesla is due to release its third quarter delivery number, which should help us have a better understanding of the current status.