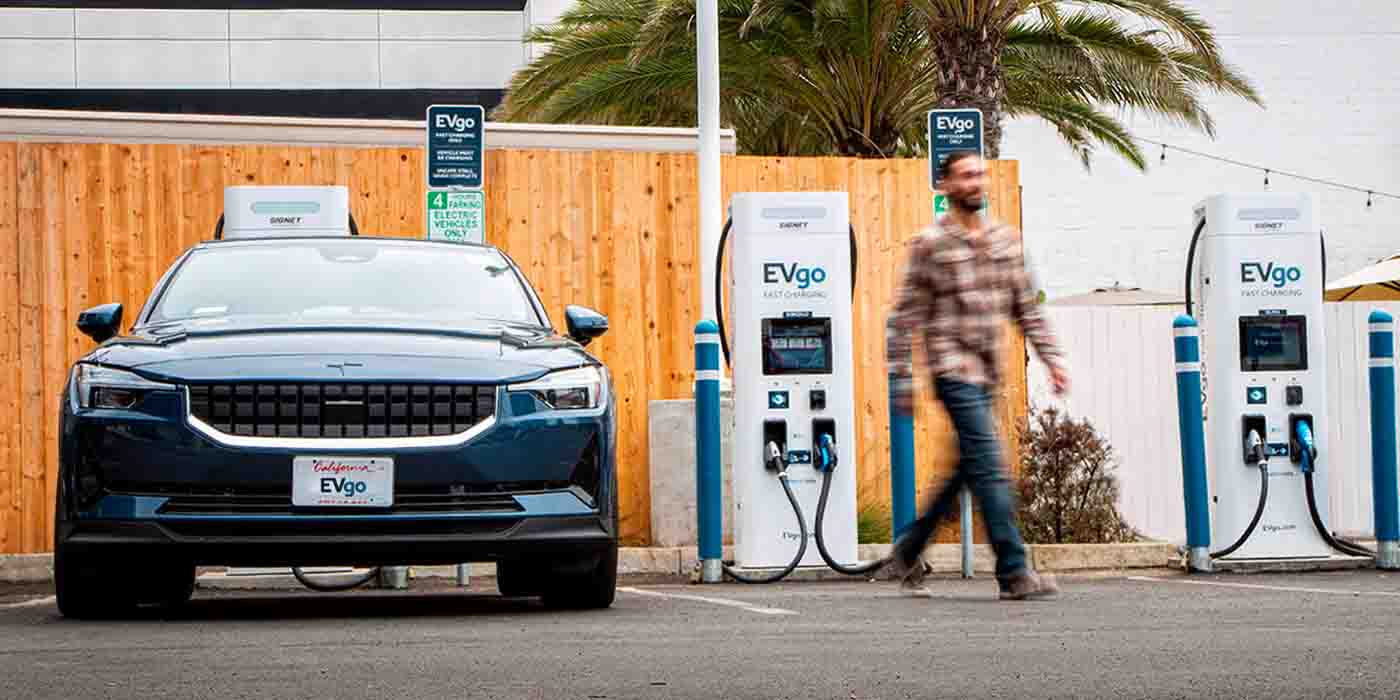 US public charging network EVgo has announced an expansion of its Plug and Charge capabilities via its new Autocharge+ technology. Previously, owners of Plug and Charge capable GM EVs could utilize the feature on the EVgo network, but that opportunity is now available for drivers of plenty other EVs, including Ford.

Plug and Charge is technology first introduced into the ISO 15118 standard in 2014, but it hasn’t been until recently that automakers around the world have started integrating the compatibility into their EVs.

The simplified concept of Plug and Charge is the ability to charge your EV and your designated credit card seamlessly through the plug itself, alleviating the need for swiping, using multiple apps, and/or charging network FOBs.

As EV adoption grows, charging networks like EVgo are beginning to bolster their DC fast chargers, while more and more automakers begin delivering EVs with Plug and Charge capabilities. EVs on GM’s Ultium platform are equipped with the ability, and EVgo announced this past June that it would become the first of several in the Ultium Charge 360 network to offer the service to GM drivers.

That being said, there are plenty of non-GM EVs on the road that can utilize the streamlined charging process of Plug and Charge. Now, EVgo has announced the capability has been expanded to those additional EVs – check out the full list below.

EVgo expands availability of Plug and Charge to customers

The charging network shared news and additional details of its Autocharge+ technology in a press release today, alongside a list of current EVs that can utilize the feature.

According to the company, EV drivers with CCS connectors must first enroll in Autocharge+ on the EVgo app, which will send them a unique identifier (similar to a EVgo program card) in order for the network to automatically link your charging activity to your EVgo account.

From there on, you simply plug and charge, just like the name says. The pile should recognize your EV and begin the charging session automatically, giving you more time to chill, grab a snack, or go shopping.

According to EVgo, AutoCharge+ will initially be available to the following Plug and Charge capable EVs:

For more information on how to register for Autocharge+ and manage your EVgo Plug and Charge settings, check out the company’s FAQ page.