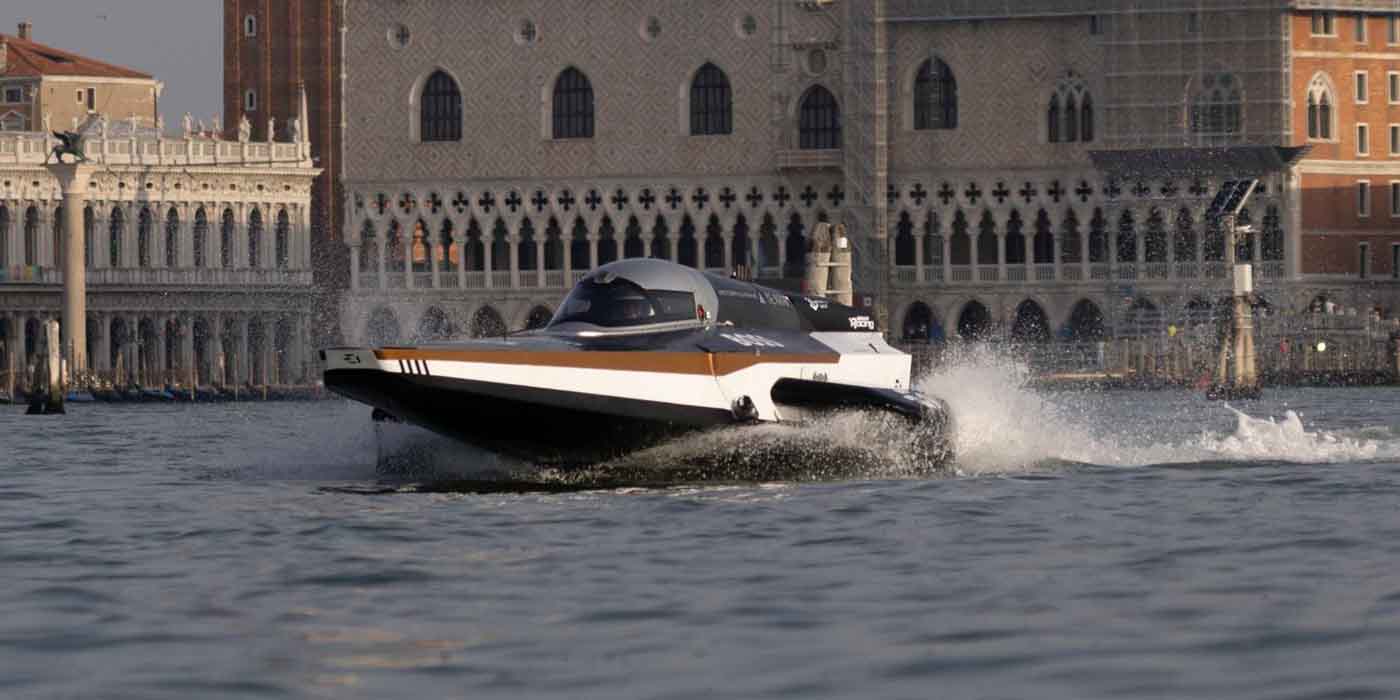 Budding electric boat racing league E1 has announced an agreement with organizers of the annual World Port Days event in Rotterdam, Netherlands to include electric boat racing. In addition to E1’s RaceBird prototype being on display at this year’s event, E1 is planning future races in Rotterdam as it approaches its inaugural championship racing season next year.

The E1 World Electric Powerboat Series is a new championship racing league created specifically for electric boats, brought to life by Formula E and Extreme E founder, Alejandro Agag and Rodi Basso, a former Director of Motorsport at McLaren with a background in Formula 1.

These men launched the electric boat racing league in 2020 to bring a new and exciting competitive platform to the water, while simultaneously developing and promoting more sustainable marine technologies.

In February of 2021, E1 announced it had partnered with SeaBird Technologies and Victory Marine to develop, manufacture, and assemble RaceBirds – the electric boats that will used to compete in the E1 championship series. The league also holds an exclusive license with the Union Internationale Motonautique (UIM).

With racing teams representing Venice and Mexico already in place, the E1 is moving closer to championship boat races in 2023. Following today’s news, the waters of Rotterdam, Netherlands will provide the aquatic track for the E1 RaceBirds for future races, beginning at next year’s World Port Days.

Ahead of this weekend’s 45th annual World Port Days in Rotterdam, Netherlands, E1 co-founders and RaceBird designer Sophi Horne met with senior members from both the event team and the Port of Rotterdam.

During the meeting, the E1 team signed a letter of intent with Purpose Pole Position to bring future races of the UIM E1 World Championship to Rotterdam, the largest port in all of Europe. As part of the agreement Purpose Pole Position secures the rights as the official promoter of the race, as E1 works with city officials to make electric boat racing a recurring event at World Port Days moving forward. E1 co-founder and CEO Rodi Basso said:

I’m pleased to be able to make today’s announcement ahead of this year’s edition of the World Port Days. We’re confident that together with Purpose Pole Position we can make Rotterdam a flagship race on the E1 calendar. Including our races on the program at what is already a popular and well-established event not only makes sense in terms of planning, but it also allows us to plug into an audience of engaged marine enthusiasts. Rotterdam has the largest port in Europe and has ambitious sustainability targets, which we fully endorse and want to help play a part of. I’d like to say thank you to the organizers of the World Port Days for inviting us and for hosting us at this year’s event. I also want to thank the Port of Rotterdam and Rotterdam Partners for being so welcoming and co-operative. Myself and the rest of the team look forward to working together with all parties to bring an E1 race to Rotterdam in the near future.

At next year’s event, E1 said it intends to return to World Port Days with a special launch presentation that will showcase multiple electric boats racing, kicking off a countdown to its inaugural championship league season.

The first official E1 electric boat racing season is set to commence in 2023 with events to be held in iconic cities around the world. Those cities have yet to be made public as the league continues discussions with several additional racing teams who will join Venice and Mexico. According to the E1 site, up to 12 teams and 24 pilots will be able to compete in the championship league.

E1’s presence at this year’s World Port Days includes RaceBird prototype, which will be conducting low-speed runs on the water in front of the famous Erasmus Bridge all weekend.