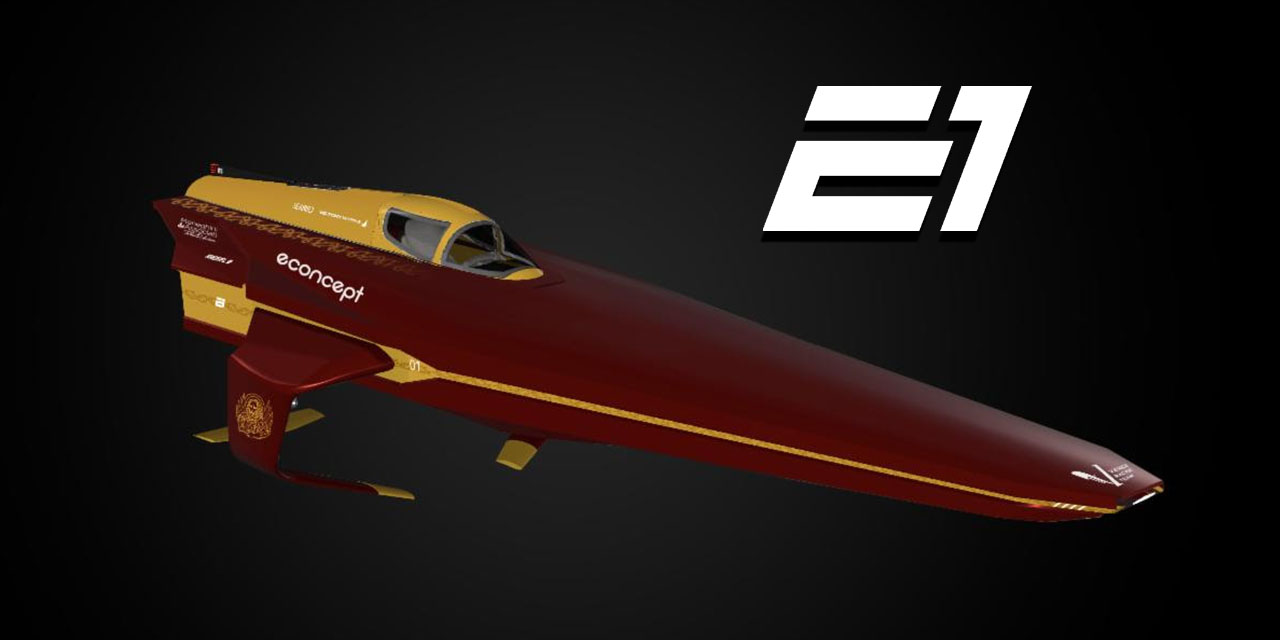 The Venice Racing team will officially be on the starting grid during the inaugural season of E1’s all-electric race boat championship. We can expect more racing teams to follow as the E1 Series is in conversations with dozens of other prospective teams.

The E1 World Electric Powerboat Series is a championship racing series created specifically for electric boats, dreamt up by Alejandro Agag, the founder of Formula E and Extreme E championship series, and Rodi Basso, a former Director of Motorsport at McLaren with a background in Formula 1. We had the opportunity to interview Basso this past January and discuss a multitude of topics, including E1.

The founders above launched the league in 2020 to bring a new and exciting racing platform to the water while simultaneously developing and promoting more sustainable marine technologies.

In February of 2021, E1 announced it had partnered with SeaBird Technologies and Victory Marine to develop, manufacture, and assemble the RaceBird – the electric boat that will eventually compete in the E1 World Championship Series.

Earlier this month, E1 completed its first test on the water with the RaceBird while simultaneously evaluating different elements of its future electric boat racing format. This included technologies like autonomous buoys for the E1 racing teams to corner and maneuver around.

As we approach the first official RaceBird season next year, the league has announced the first-ever E1 racing team.

Venice is now home to the first-ever E1 Racing Team

The E1 Series team shared news of its first official racing team in a press release out of Venice today. The Venice Racing Team was established specifically for the E1 series and will provide an opportunity for multiple institutions in the marine-centric Italian city to contribute.

We’re honored to be the one to first join this beautiful and engaging project. This is an important moment of transition for Venice, Veneto, Italy and the entire world when it comes to sustainable
mobility, even in the water. The E1 World Championship represents a revolution in the nautical world, it gives to the passion for racing the responsibility of being the driver of positive change.

The Venice Racing Team hopes to use its E1 spotlight to help drive action to protect the city’s unique lagoon environment and residential ecosystem. The team is expected to announce its pilot line-up at the Salone Nautico in Venice next month.

Venice should soon be joined by additional racing teams as well. According to E1 co-founder and CEO Rodi Basso, there’s a lot of discussions taking place:

We’re currently speaking to dozens of other prospective teams across a broad spectrum of
sports, from traditional powerboating, to sailing and in the automotive world. We’re also
progressing discussions with a number of brands, corporations and organizations seeking to
compete as teams in the UIM E1 World Championship. I’m sure this is just the start of an
exciting line-up of RaceBirds for our first racing season in 2023.