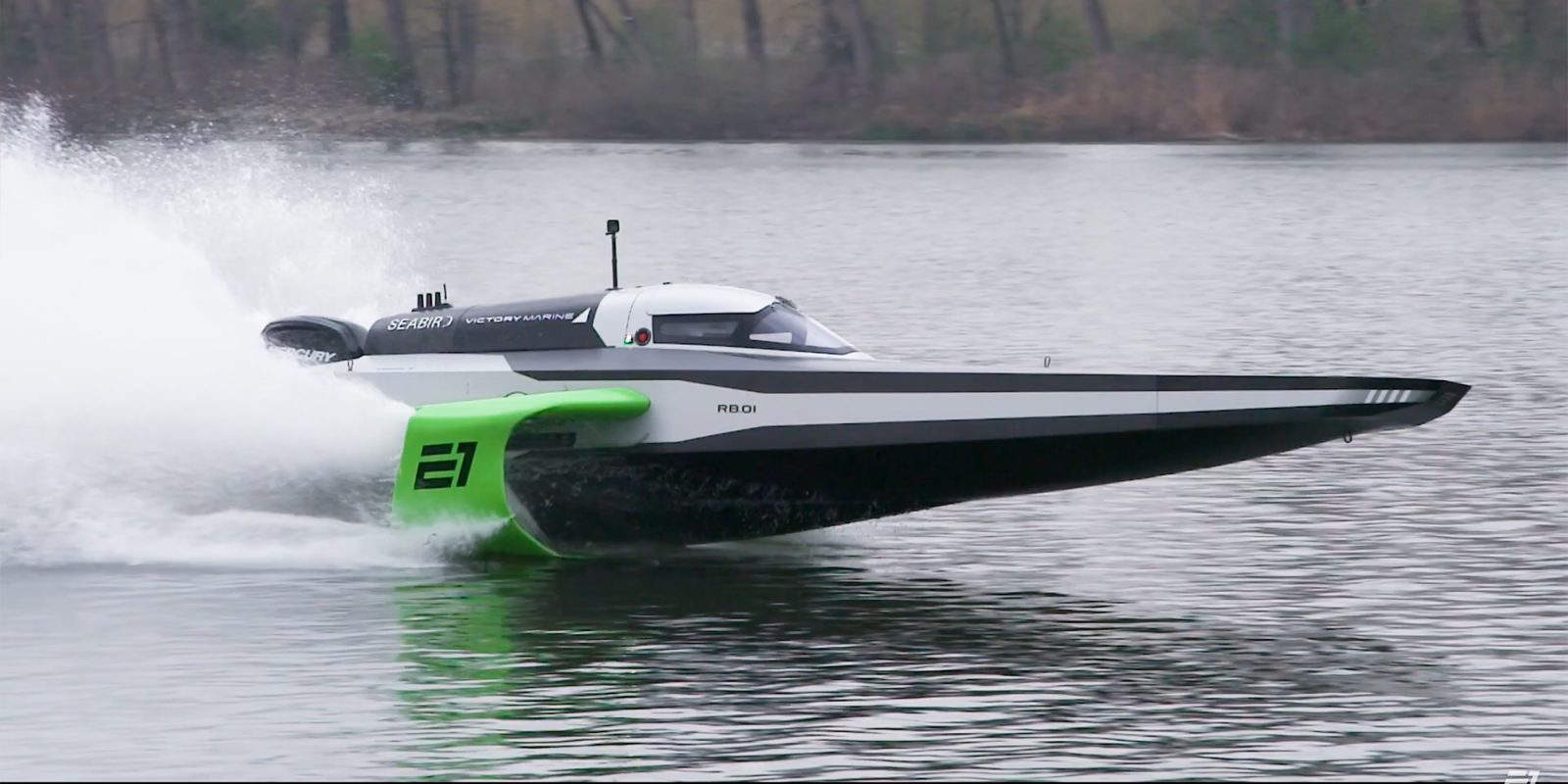 Engineers have successfully begun water testing of the RaceBird – an all-electric, single pilot foiling boat that will soon be racing in the E1World Electric Powerboat Series. The RaceBird has been in development the past couple years as the official racing vessel for E1.

The E1 World Electric Powerboat Series is a championship racing series created specifically for electric boats, dreamt up by Alejandro Agag, the founder of Formula E and Extreme E championship series, and Rodi Basso, a former Director of Motorsport at McLaren with a background in Formula 1. We had the opportunity to interview Basso this past January and discuss a multitude of topics, including E1.

The co-founders launched the league in 2020 to bring a new and exciting racing platform to the water while simultaneously developing and promoting more sustainable marine technologies. In February of 2021, E1 announced it had partnered with SeaBird Technologies and Victory Marine to develop, manufacture, and assemble the RaceBird – the electric boat that will eventually compete in the E1 world championship series.

Last September, the public got its first glimpse of the full-size RaceBird, which can handle tight and technical circuits on the water, reaching speeds near 50 knots (93 km/h or 58 mph). Up until now, that was E1’s latest press update on the progress of the electric RaceBird boat and the racing series.

However, E1 Series has now taken the RaceBird out on the water, kicking off an extensive testing schedule as the league looks to launch its first electric boat racing series next year.

E1 shared details of its first technical testing on water through a press release accompanied by a thirty-second video of the RaceBird in action. The 100% electric racing boat is powered by a 150 kW Kreisel battery and an outboard motor developed by Mercury Racing.

As you’ll see in the video below, the RaceBird has enough instant torque and acceleration to quickly lift onto its foils and glide above the water at higher speeds.

Putting the RaceBird on the water for the first time is a pivotal moment for the E1 world championship. We’re now one step closer to making electric racing on the water a reality. I remember very well the same scenarios we encountered during the early stages at both Formula E and Extreme E, and just like on those occasions this is a major breakthrough on E1’s journey. Seeing the RaceBird fly proves to me that we can use this exciting, new sporting platform to drive technological innovation in the marine industry and create something spectacular for fans in the cities we visit.

Additionally, the E1 team used the water testing as an opportunity to evaluate different elements of its future electric boat racing format. This included trialing technologies like autonomous buoys and cornering profiles, as well as the positioning of onboard cameras that may be used in future broadcasts of the E1 World Electric Powerboat Series.

The debut season of the E1 series is scheduled to begin in Spring 2023, but the team says that the public will be able to see the RaceBird on display in the water soon. In the meantime, check out E1’s video of the RaceBird electric racing boat in action on the River Po: