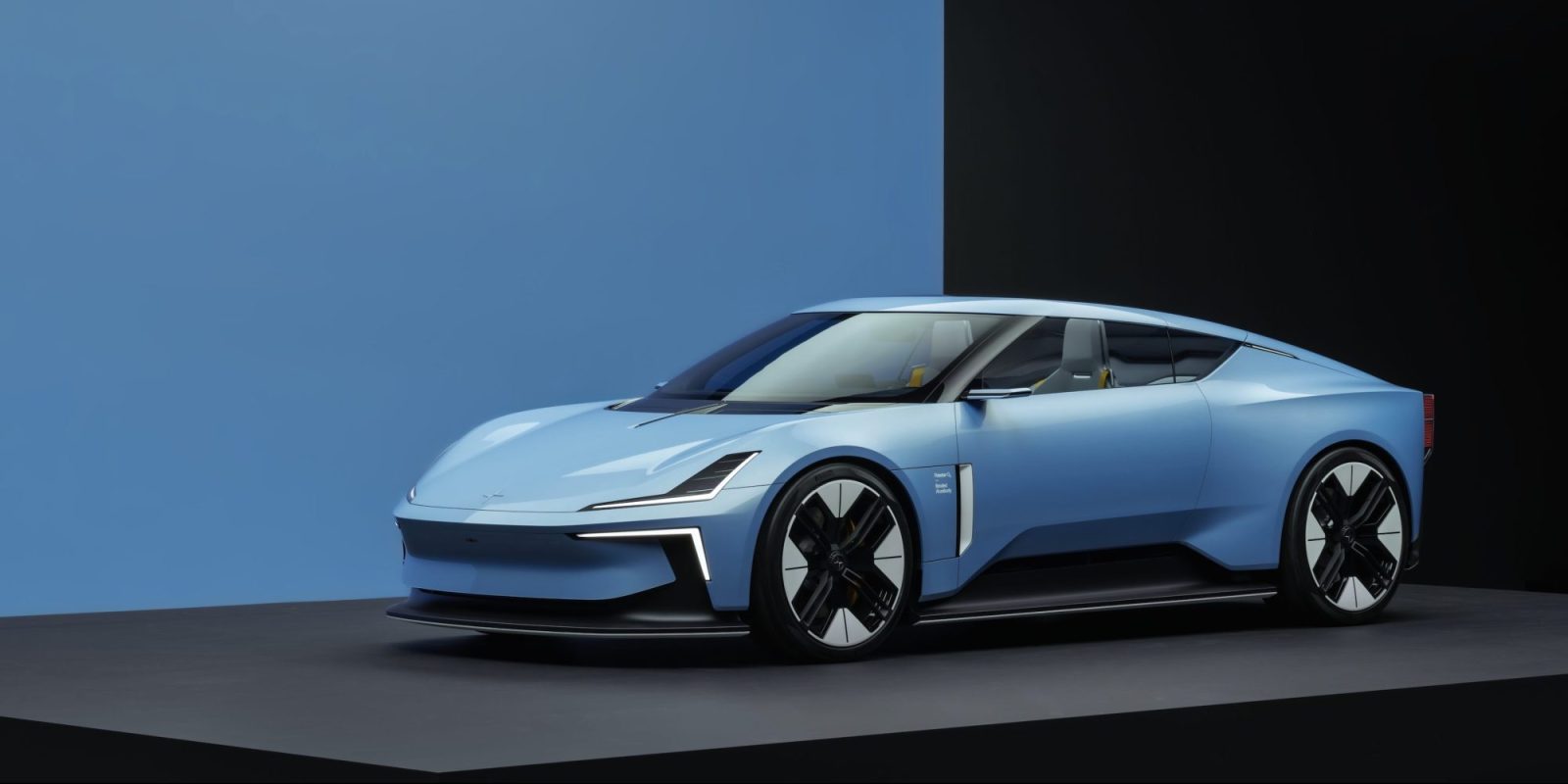 EV automaker Polestar continues to make headway toward becoming a major contender in the market. With a fiscally favorable first half of 2022 and an arsenal of novel EV models in its pipeline, the Polestar has announced its sporty O₂ roadster concept will become its latest production model, donned… wait for it… the Polestar 6.

Polestar ($PSNY) is a Swedish premium EV brand launched in 2017 that currently offers two electrified models – the Polestar 1 PHEV and Polestar 2 BEV. Next will be the automaker’s first all-electric SUV, the Polestar 3, which will make its public debut in October.

A second SUV appropriately dubbed the Polestar 4 has been announced, but has yet to be unveiled. This past July, Polestar’s CEO shared the price ranges consumers can expect to see on the Polestar 3 and 4.

In the fall of 2020, Polestar announced its Precept concept would be transitioned into a production model, offering a documentary series following its design journey. A year later, Polestar confirmed that the Precept would be known as the Polestar 5 sports sedan. The Polestar 5 made its first public (albeit camo’d) debut at Goodwood Festival in July ahead of production in 2024.

Following a similar path of the Polestar 5, its creators have now announced its previously shared O₂ roadster will not just remain another concept, but will instead become the Polestar 6.

Polestar shared the news of its latest EV nomenclature in a press release today, confirming a new model many fans of the brand were hoping would come following the initial O₂ concept unveiling in Los Angeles this past March. Polestar CEO Thomas Ingenlath explained the decision:

With the overwhelming consumer and press response, we took the decision to put this stunning roadster into production and I am so excited to make it a reality. Polestar 6 is a perfect combination of powerful electric performance and the thrill of fresh air with the top down.

Consistent with what we learned at the O₂ event in March, the Polestar 6 will sit upon the automaker’s bespoke bonded aluminum platform and will be developed entirely in-house. Here are some of its performance specs:

To celebrate the Polestar 6’s rare and refreshing graduation from concept to production model, the EV company says it will kickoff production with a limited build of 500 numbered units of a special “Polestar 6 LA Concept edition.” This initial and exclusive run of the roadsters will feature the “Sky’”blue exterior (seen above), light leather interior, and unique 21” wheels – all featured on the the original Polestar O₂ concept.

Although production of the Polestar 6 isn’t set to begin until 2026, you can reserve your own build starting today.

This is yet another exciting move from Polestar in my opinion, as it continues to expand its line of completely new EVs. I’m very much looking forward to the Polestar 3 SUV as a coming-out party of sorts, as it will be its first EV to arrive without any fingerprints from Volvo on it. Nothing against Volvo, but I think Polestar is toeing a beautiful line of unique design and sustainability, and I want to see what it can truly do.

I loved that Polestar decided to produce the Polestar 5 after people gawked over the Precept concept. We catch flack from you readers all the time for putting a spotlight on concept EVs, because they rarely ever get made. In this sense, Polestar is different, in more ways than one. See! They do get made sometimes!

I saw the O₂ up close in LA this spring, and its a beaut. As a roadster, it has a short wheelbase and looks sporty as hell. I’m excited to see what makes it into the Polestar 6.

One really cool feature I’d expect won’t make it to the assembly lines is the aerial drone that can be dispatched from the back of the EV while it’s in motion. That would be excellent, but I don’t think that will technology will be certified in any market.

The company’s CEO has publicly stated its two upcoming SUVs will be aimed to compete with Porsche, and with a roadster now on the way, it looks like Polestar will try to take on the legacy sports carmaker in that segment as well.

Next, we will see if Polestar documents the whole transition process like it did with the Precept. I’m looking forward to learning more about this one; it looks like a smile-inducing drive.