First look at the Polestar O₂ concept: A hard-top roadster convertible with an autonomous drone built in 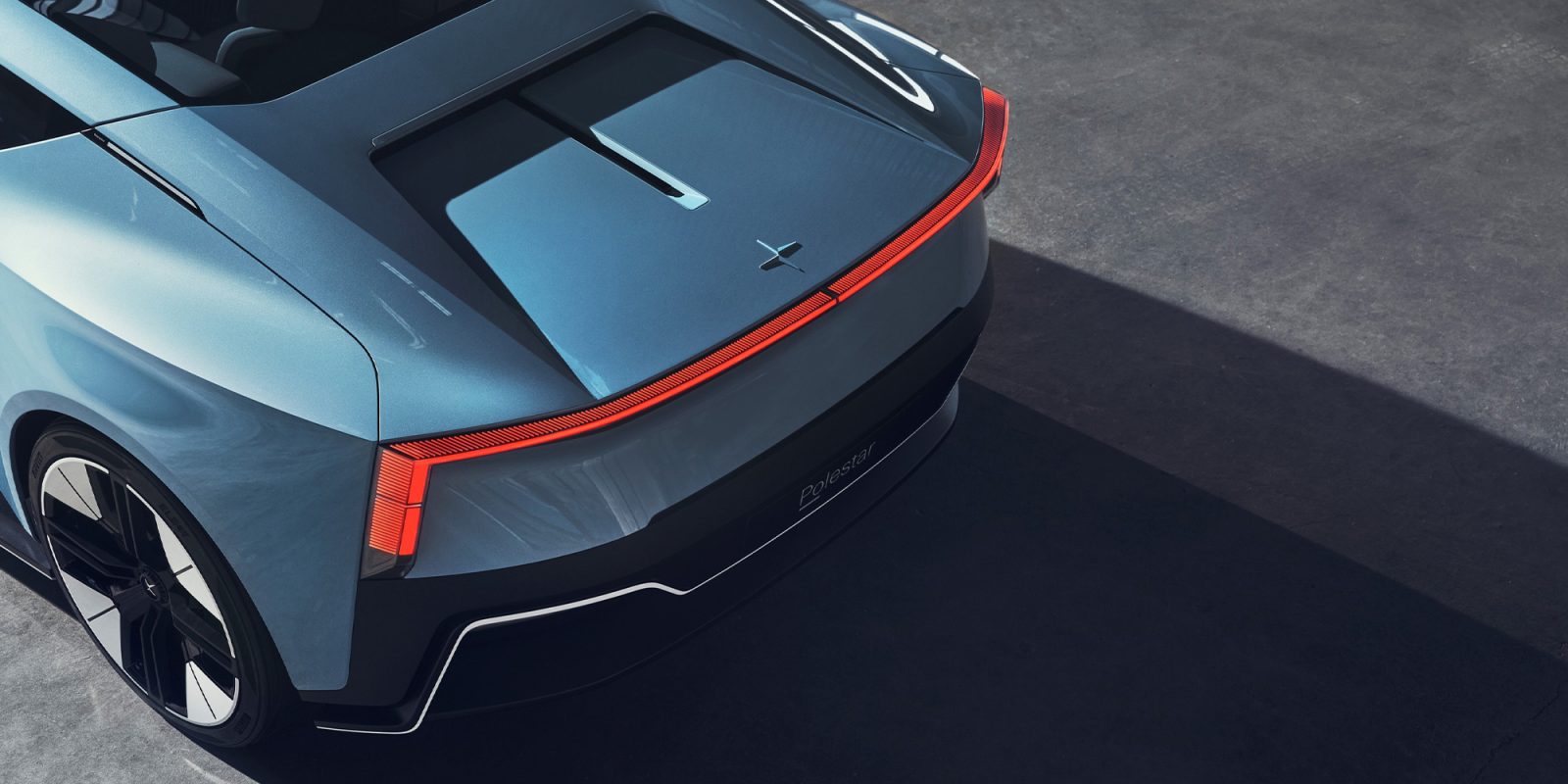 Swedish EV brand Polestar has provided further evidence of its break from the DNA of parent Volvo Cars, unveiling its second concept vehicle, the Polestar O₂. This all-electric, hard-top convertible builds off the automaker’s Precept concept and further showcases what Polestar has planned for its future EVs from both a design and sustainability standpoint. Whether cinematic drones will be included or not remains uncertain, however.

Polestar is a growing premium EV brand launched in 2017 as a venture co-owned by Volvo Cars Group and Geely Holding. The automaker currently offers two electrified vehicles – the PHEV Polestar 1 and the all-electric Polestar 2 – but there are (at least) three more on the way.

First will be the Polestar 3 SUV, followed by a Polestar 4 SUV in 2023. Polestar’s original concept EV, the Precept, will enter full-fledged production as the Polestar 5, and is scheduled to arrive in 2024.

While the Polestar 1 and 2 share an EV platform and a look reminiscent of the Volvo brand, Polestar is planning to “move out of mom and dad’s basement,” as the Polestar America’s head of communications and PR, JP Canton, put it, with its vehicles moving forward. Particularly the sportier EVs that will sit atop Polestar’s newly announced bonded aluminum platform.

The light, rigid platform was something we discussed with both Maximilian Missoni, Polestar’s head of design, and head of Polestar US, Gregor Hembrough, during the concept unveiling in Beverly Hills yesterday.

Polestar shared the official announcement of the O₂ concept EV in a press release this morning, following an event Electrek attended in Beverly Hills yesterday. This marks the public’s first look at Polestar’s second concept vehicle ever, following the aforementioned Precept.

According to the Swedish automaker, it has built upon the design language of the Precept and taken it a step further… or perhaps closer since the O₂ has a shorter wheelbase. As a hard-top convertible, Polestar describes its new concept as a roadster, showcasing the quality and rigidity of its modular aluminum platform. Missoni elaborated:

Polestar O₂ is our vision of a new era for sports cars. By mixing the joy of open top driving with the purity of electric mobility, it unlocks a new mix of emotions in a car. But as with all our cars, we are about more than just straight-line sprints. It’s when you turn the steering wheel that the true fun begins.

Missoni does an excellent job of describing the potential of Polestar’s aluminum platform in this video:

During the event, Missoni walked us around the concept EV, explaining a lot of the design processes while elaborating on what the O₂ truly represents. He mentioned using as few materials as possible, instead utilizing single-base, or “mono-materials,” as well as components designed specifically for disassembly. In the Polestar O₂, recycled polyester is the sole material used for all the soft components of the interior.

This idea of sustainability throughout the entire process of designing and manufacturing EVs is something Polestar keeps at the forefront of all its processes. It is also the necessary means of thinking as the automaker continues its Polestar 0 Project, which strives to deliver a truly climate-neutral EV by 2030.

When viewing the Polestar concept in person, it’s much wider, lower, and sportier than the professional photos do it justice, so we snapped a few images of our own.

Is that… a built-in drone?

When walking around the rear of the concept with Polestar’s head of design, Missoni described the aerodynamics to us:

The thing is, we all have to look into this now because of electrification. But we are working with a slightly different thing because we have this very sharp, precise, architectural design language at Polestar… We want to retain this extremely sharp and precise, aeronautically inspired design language. But we are extremely pure at the same time… so no gimmicks.

Missoni immediately followed with, “talking about gimmicks,” and pointed out the O₂ concept’s built in drone that can deploy while the EV is driving at a relatively low speed. So Polestar is allowing for at least on conceptual gimmick, but at least it’s cool as hell.

As you can see in the footage below, the cinematic drone can autonomously follow the Polestar concept EV as it drives, saving automotive journalists a helluva lot of time and effort, should we ever get to drive the O₂.

Polestar explained that its engineers developed a specialized aerofoil that raises behind the rear seats to create an area of negative pressure. The magnet holding the drone then releases, allowing it to take off when the car is in motion and automatically shadow at speeds up to 56 mph (90 km/h). After filming, the drone can autonomously return to the car too.

Drivers can choose from multiple filming styles, then edit and share the video clips directly from the 15-inch center display when the Polestar concept is parked.

Other updates including Polestar 3

During our visit in Los Angeles, we got to sit down with Gregor Hembrough, head of Polestar US, and discuss the future of the company – particularly as it pertains to Polestar’s production EVs and the US market. We asked him what US consumers can expect from the Polestar brand as it continues to grow in popularity:

What they can expect is what we’ve been delivering and that’s technology, design and innovation. We always want to be the forerunner when it comes to something new in technology, such as Google embedded Android technology. I think that the cars will continue to look very design-forward. I can take the question a different way, in saying this – we know who are customers are and we know what else in their driveway. So, it’s probably of no surprise to anybody that the Polestar 3 will be our SUV, Polestar 4 will also be an SUV-like vehicle as well, and the Polestar 5 will be s luxury sedan. The product proliferation continues to come, fitting in the segments that continue to grow, and that are also aligned with a performance luxury brand.

We had to ask when we might see the Polestar 3 and actually got an answer! Production is set for “late, late in the year,” and Hembrough said we can expect to see Polestar’s first electric SUV at dealerships sometime in Q1 of 2023.

Since the Precept is one of the rare instances of a concept reaching scaled production, we couldn’t help but wonder if the O₂ might be destined for a similar path. However, before we could even ask, the idea was shot down… at least for now.

According to Polestar’s head of PR, JP Canton, they’d all love to make Polestar O₂, but it is “in no way, shape, or form green-lit at this point.” The company’s primary focus at this time is getting the Polestar 3 to market.