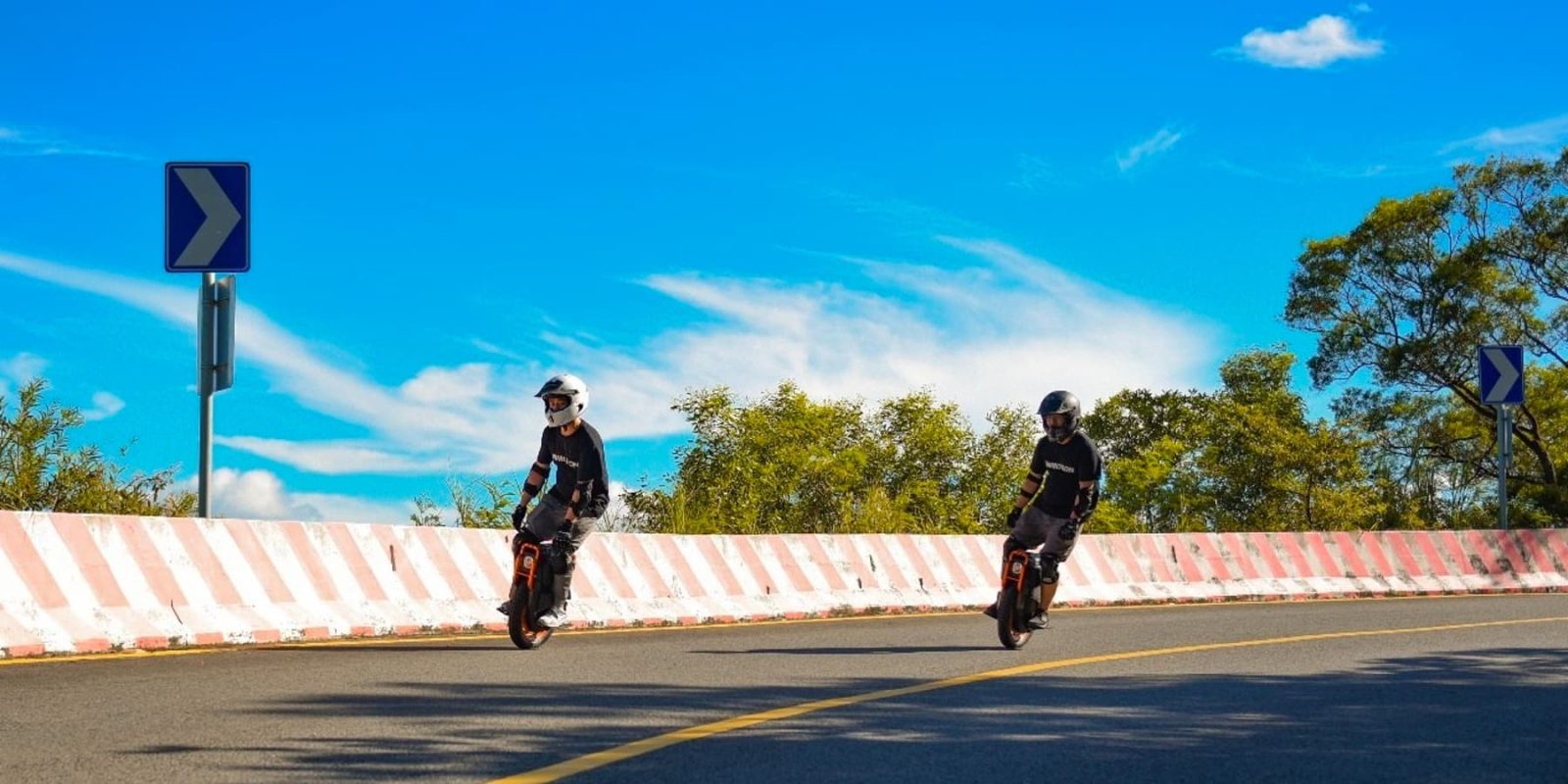 The electric unicycle market is an often overlooked niche of the larger world of micromobility vehicles.

These personal electric vehicles are designed to offer fast and stable electric transportation while remaining convenient to carry along or store at the rider’s destination instead of locking outdoors like a bicycle.

The InMotion V13 Challenger is the latest in a long line of increasingly powerful electric unicycles from InMotion. The powerful motor requires a large capacity battery, and the V13 delivers with a 3,024 Wh battery pack.

The V13 operates with an extremely high system voltage of 126V. That higher operating voltage helps it achieve its 4,500W (6 hp) power output. And believe it or not, that’s just the continuous power rating. The peak power output is a mind-melting 10,000W (13.3 hp).

With that much power behind the 22″ wheel, the electric unicycle achieves a wheel lift speed of 140 km/h (87 mph). The wheel lift speed is the unloaded top speed of the unicycle’s wheel when the unit is lifted into the air. It is higher than the actual top speed when ridden on flat ground, but is a useful metric used in the industry for comparing electric unicycles. The actual operational top speed of the V13 is still likely to surpass 90-100 km/h (55-60 mph).

To keep it reasonably safe at higher speeds, the V13 includes 90 mm (3.5 inches) of suspension travel. That should come in handy when riders hit bumps at high speeds.

Additionally, the unicycle includes a touchscreen for selecting options, two charging ports for quicker recharging, a USB-A port and USB-C port for powering smaller devices like phone charging, and a rolling handle for walking the unicycle next to the operator when not actively riding.

All of that power doesn’t come cheap though, with the InMotion V13 expected to retail for $4,600. Pre-order customers can enjoy a hefty discount, dropping the price to $3,999.

Here’s the thing. I know this sounds wild to a lot of people, but the electric unicycle community is probably drooling over these things.

I wear the badge of micromobility disciple fairly proudly, and I ride just about everything that can be considered a personal electric vehicle – e-bikes, e-scooters, e-skateboards, e-surfboards, e-go-karts, e-boats, etc. You name it, I’ve ridden it. But it’s been a hot minute since the last time I was on an electric unicycle.

I get it though. They’re super convenient. They have a larger wheel to give the rider the comfort of an electric bicycle but with the weight of something closer to an electric scooter (well, at least for the “normal” power ones). And yet they’re more portable than either of them since you can roll it around like a piece of carry-on luggage or lift it like a briefcase.

They take a little while to learn, but the riders who use them daily swear by them as their favorite form of micromobility vehicle. They may not be for everyone, and there’s a bit of a learning curve (it took me about a week to get comfortable on my first electric unicycle), but there’s a serious demand for EUCs. Just make sure you wear a good full-face helmet and motorcycle armor if you’re going to be going this fast!